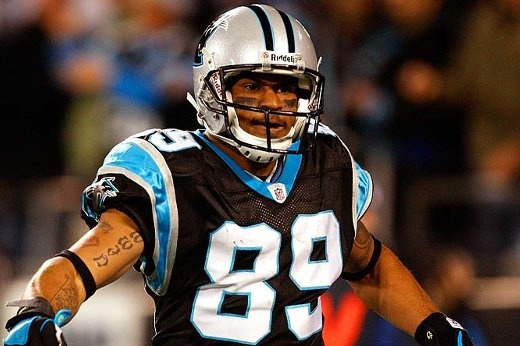 If you don't have the official NFL calendar, you might not have realized that Thursday was officially "Re-sign Your Unexciting TE Day."

Take a moment to catch your breath ...

Kidding aside, we seem to like Graham more than others do. In 8 games as Houston's #1 TE last season, Graham ranked 10th among fantasy options at the position. And he did so with the lackluster QBs that now have most calling for a passer at the top of the draft.

Graham said he's "excited" for his new role under HC Bill O'Brien, who apparently plans to deploy the 27-year-old as a "move" TE and H-back. That's a role similar to what Aaron Hernandez used to play in New England. (You know, before he switched to executioner.)

Graham's no Hernandez in terms of athleticism, but there's certainly room for him to flirt with fringe fantasy-starter value -- assuming the QB spot gets fixed.

We pretty much know what we have here. Chandler will turn 29 in July and has spent the past 3+ seasons in Buffalo. He has increased his targets and receptions each of the past 2 years, up to 81 and 53, respectively, in 2013. But he also dipped to 2 TDs after scoring 6 in each of the previous 2 seasons.

Chandler finished 15th among PPR TEs each of the past 2 years and ranked 19th in fantasy-scoring average (over 14 games) in 2011. That's the range you should expect him to stay. The 6'7 frame makes him an attractive red-zone target, but he's not a special player in any other way.

This guy has had opportunities, playing behind injury-prone Jermichael Finley. But Quarless managed just a 32-312-2 receiving line over 13 games last year and 21-238-1 back in 2010. He won't turn 26 until October, but Quarless has given us no reason to get excited about him.

The biggest market news of the day was probably a story we all anticipated. Smith told Carolina he wanted to be released, and the Panthers said "aight, cool." Now the vet's drawing strong interest from the Ravens. That sure looks like a good fit from here. Smith could be the reliable old guy with limited playmaking ability (compared to his past) a la Anquan Boldin. That role could prove more valuable than you might expect in fantasy terms. We'll see how this plays out.

-- Former Giants DE Justin Tuck moved on to Oakland for a 2-year deal. Can't say we're excited to draft him this summer. Same for OLB LaMarr Woodley, a former Steeler who will now join Tuck with the Raiders.

-- Jason Hatcher made fantasy life tougher on himself by signing with primarily 3-4 Washington. He enjoyed a terrific year in an ideal spot as the "under" tackle for Cowboys DC Monte Kiffin. But Hatcher will fill less of a playmaker role on his new team. Washington also signed journeyman CB Tracy Porter.

-- Jacksonville re-signed its 2013 "Leo" and added the dude who played that position under HC Gus Bradley in Seattle. Jason Babin won't find a full-time role going forward, which is bad for his fantasy value but probably good for his performance and his team. Chris Clemons, who will turn 33 in October, also doesn't look like a full-time player. We'll take his IDP upside over Babin's, though we're not excited about either one. Both vets could get in the way of 3rd-year DE Andre Branch, who showed some promise in the 2nd half of 2013.

-- Willie Young became the 2nd DE to move to Chicago this week, following former Raider Lamarr Houston. The ex-Lion can play the right or left side and brings sneaky pass-rushing potential. He brings just 6 career sacks with him but ranked 3rd among 4-3 DEs last season with 48 hurries (plus 8 QB hits), according to Pro Football Focus. He added 4 hits and 19 hurries to his 3 sacks back in 2011 as well, despite playing just 259 snaps. Keep an eye on Young as you plan for your IDP draft this summer -- and snatch him if he sits free in a dynasty format.

The latest of our fantasy football podcasts wrings fantasy worth from the Oakland, Denver and Baltimore backfields, while suggesting battle plans for owners of Alshon Jeffery and Giants passing-game pieces. 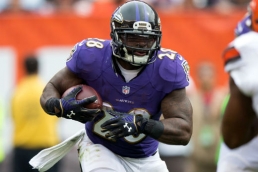 Baltimore pushed Justin Forsett aside, and then Terrance West ran with his opportunity. Should you go running after him now on the waiver wire?

The latest of our fantasy football podcasts is here to settle you down a bit after the 1st Sunday of the NFL season. Who should you actually worry about? Who already looks like a sell high? And what should Coby Fleener's nickname be? Listen in ... 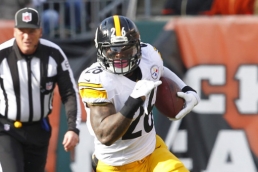 The latest of our fantasy football podcasts discusses the most overvalued and undervalued players in fantasy football drafts. Plus, we're mining for sleepers, analyzing injury news and talking about who's moving up or down our own boards. 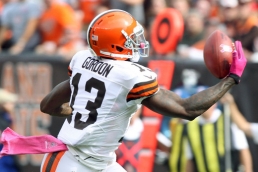 Checking in on the 25 biggest ADP movers of the last 2 weeks, including Josh Gordon, Le'Veon Bell and Arian Foster.

Signings, injuries and the start of training camp. A lot has happened in the mere week since we last recorded. Time to figure out what it all means for your fantasy football draft ...