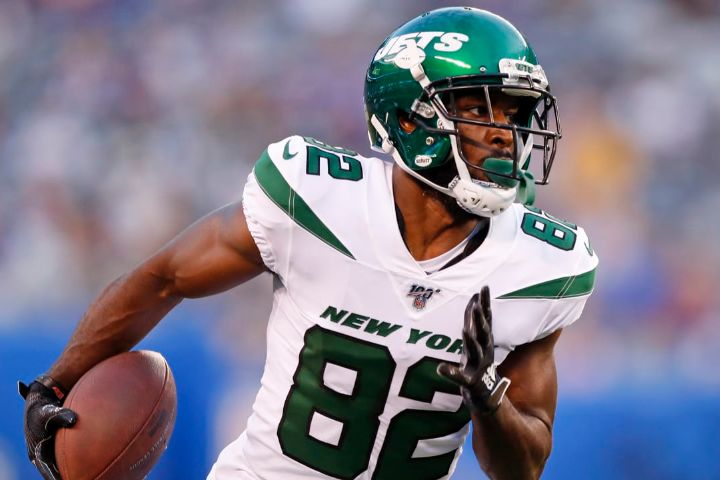 You've seen our QB Tiers and RB Tiers (or non-PPR) over the past 2 days. Now it's time for the wideouts.

We've already addressed the value that is sliding down the board in your fantasy football league, with drafters increasingly focusing on RBs early. Now it's time to help make those in-draft decisions easier by showing where the separation lies at this position.

Here are your WR tiers for PPR drafts (and don’t forget to check the full rankings and set up your MVP Board):

We could quibble over whether there's another tier break between Thomas and Adams -- or even Adams and Hill. But it doesn't really matter.

Thomas leads the way after pacing the league in receptions each of the past 2 years. But any of these 4 is capable of leading the position in fantasy points.

This is why Woods has factored so heavily into our draft plans so far. Our PPR projection for him sits just 4 points behind Hopkins' ... and another 12 ahead of the next wideout on this list. Woods has led the Rams in targets 2 straight years and finished each among the top 14 PPR receivers.

Hopkins falls to this level rather than the top shelf because of his move to a new team. That adds uncertainty and lessens the chance of him remaining a target hog.

Moore is the only guy in this range without a top-12 finish on his resume. He merely checked in 15th last year, while missing 2 games, catching passes primarily from Kyle Allen and scoring only 4 TDs.

This is still a fine group from which to draw your 1st WR. You could include Woods here instead of the tier above if you'd rather wait another round for him in your draft.

This is a large tier that includes at least 2 players you're almost sure to avoid if you're using our rankings. Golladay and Brown sit much higher in ADP than they do in our projections. But they fit in fine with this crew.

These WRs are largely less-proven or weaker bets for target volume than those in tiers above. Allen doesn't really fit either of those explanations, but the 1st QB change of his pro career adds uncertainty. That has pushed him down draft boards, though, keeping Allen a potential value.

This group could still provide the 1st WR for your roster if you wait a little on the position. Ridley might be the only player in this set without a real hope of leading his team in targets.

This tier presents plenty of upside but also likely more week-to-week volatility. We might push Hilton into the tier above if he hadn't dealt with August hamstring trouble off last year's lower-body issues. Landry similarly carries some health risk after offseason hip surgery.

Green gets his own tier for his unique injury situation. He lost half of 2018 and then all of last year to separate lower-body injuries. And he's already missed time this summer with hamstring trouble. When healthy, Green has consistently delivered WR1-level production. You'll just need to weigh when you're comfy taking him at this point.

Cooks suffered a pair of concussions last season and then switched teams. Both factors add risk to his fantasy outlook, but that's baked into his ADP. He and Jones present high weekly upside.

Johnson, Kirk and Shepard are similarly well set up for target volume and likely to deliver moderate yards per catch. They fall short of Crowder and Edelman in target ceiling, though.

Like A.J. Green, Samuel gets his own tier for his injury situation. We -- and the 49ers -- await his return from a spring foot fracture. Until he's back on the field, draft (or pass) at your own risk.

We're now into the range where you should be pursuing upside over following rankings. Each of the guys listed here qualifies as an upside candidate. Others include: