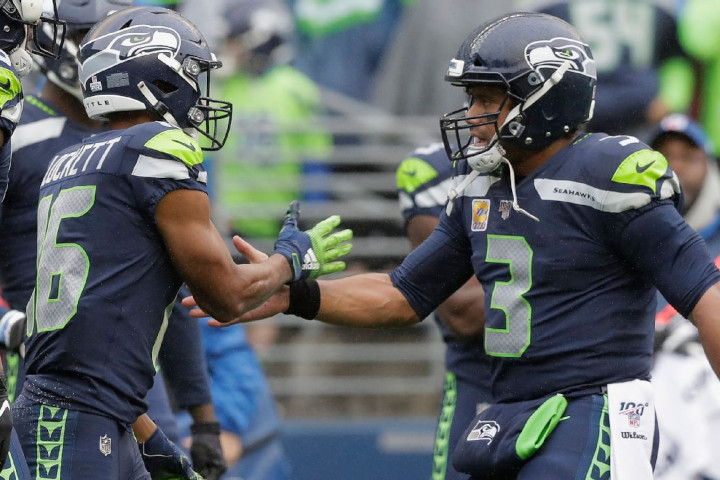 Which stacks will be most profitable in 2021? That’s what we’re tackling here.

To start, let’s take a look at the top stack for all 32 teams in order of combined projected PPR points per game. Note that only 1 stack per team appears here. So, for example, you won’t find the Mahomes-Kelce stack, even though it’d rank 3rd highest, because the Mahomes-Hill stack is projected for more points per game.

With ADP considered, here are 7 stacks set to return a profit in 2021:

The Packers are on sale thanks to the uncertainty of Rodgers’ status. If you’d rather not take a risk on the situation, that’s fine. But I think it’s a worthwhile gamble, especially if you’re multi-entering tournaments like Underdog Best Ball Mania, the FFPC Best Ball Tournament or even the FFPC Main Event.

While the other top 5 projected stacks in that table above will likely cost 2 of your first 5 picks, Rodgers can usually be had in the 9th or 10th round of drafts. And Adams is being discounted by at least half a round.

This duo, of course, is coming off a monster 2020 season that saw Adams lead his position in fantasy points and Rodgers finish as a top 3 QB. There’s upside for a repeat this year considering the Packers return the same coaching staff and added very little to the pass-catching corps.

Wilson and D.K. Metcalf is the top projected stack in Seattle. But Wilson and Lockett is the better value play. Metcalf tends to come off the board around the 2/3 turn, while Lockett is often available in Round 5.

Metcalf out-scored Lockett by just 8 PPR points last season. And Lockett actually out-targeted his teammate 132 to 129. Perhaps Metcalf separates a bit more in 2021 -- but I don’t expect the gap to be worth the 2+ round difference in price.

The Seahawks finished 5th in situation-neutral pass rate last year. And there’s been buzz this offseason that the offense will play faster under new OC Shane Waldron.

With the whole band back together, expect a similar attack in 2021.

Brady stands out as a value in drafts right now. He finished 7th among QBs in fantasy points last year and sits 8th in our current rankings -- yet he’s the 9th QB off the board in FFPC drafts; 10th on Underdog.

The challenge is figuring out which WR(s) to stack Brady with. But they’re all priced fairly. And the fact that there are 3 options gives you flexibility throughout your draft. Miss out on Evans? Target Godwin. Don’t get Godwin? Queue up Brown. I even think pairing Brady with 2 of his WRs is a profitable move.

Robinson has finished 7th and 9th among WRs in PPR points the past 2 seasons … with QBs Mitchell Trubisky and Nick Foles. He spent his 4 years in Jacksonville catching passes from Blake Bortles.

The ceiling on Fields might be even more exciting. He has that aforementioned accuracy, plenty of arm strength and ran for 867 yards and 15 TDs over the past 2 seasons at Ohio State. Fields blazed a 4.46-second 40 time at his Pro Day and could quickly become 1 of the league’s top rushing QBs.

Yes, there’s a chance the Bears stubbornly stick with Dalton for too long this season. But that risk is baked into Fields’ QB23 ADP on FFPC and QB16 on Underdog. He’s QB13 in our projected fantasy points per game.

The Rams have produced a top 12 QB plus a pair of top 14 WRs in 2 of 4 seasons under HC Sean McVay. Those, of course, came with QB Jared Goff. So imagine how good this passing game could be with Stafford, a more aggressive and simply more talented passer than Goff.

Stafford is fairly priced in fantasy drafts right now. But Woods and Kupp both look like nice values. Woods has finished as a top 14 PPR WR in 3 straight seasons. Kupp is in for positive TD regression after scoring on just 3 of 92 catches last year. He finished 4th at his position in fantasy points in 2019.

Winston is far from a perfect QB. But he’s also 1 of 8 guys in NFL history to throw for 5,000+ yards in a season, alongside Dan Marino, Drew Brees, Tom Brady, Peyton Manning, Ben Roethlisberger, Patrick Mahomes and Matt Stafford. You’re not part of a list like that without having some serious arm talent.

Now Winston is teamed up with a top offensive mind in Sean Payton, so I’m relatively optimistic about this Saints offense. In fact, Winston could prove to be an upgrade over the 2020 version of Drew Brees, who wasn’t very good.

Most reports out of New Orleans have Winston as the favorite to start over Taysom Hill, which would be good news for Thomas. His 2020 was wrecked by injuries. But Thomas scored as a top 7 PPR WR in each of his first 4 NFL seasons, including a 1st-place finish in 2019. We’re getting him about 2 rounds later now than we were last summer.

Vegas lines project the Colts to be the 4th-highest-scoring team in the league. We all expect a lot of that damage to come from Jonathan Taylor and the running game. But what if the Colts lean more toward the pass, like they did under Andrew Luck in 2018? Or what if a bunch of the team’s TDs just happen to come through the air?

There’s a lot of hidden upside to the Colts passing game -- especially because it’s so cheap in fantasy drafts. Wentz is QB19 in FFPC ADP and QB22 over on Underdog. None of the WRs are inside the top 45 in ADP.

Wentz produced 3 top-25 WRs across those ‘17, ‘18 and ‘19 seasons with the Eagles. It’s tough to peg at this point which Colts WR is the best bet to lead the team in fantasy points. But their cheap price tags mean you’re not risking much to take a shot on 1 or even 2 of them.