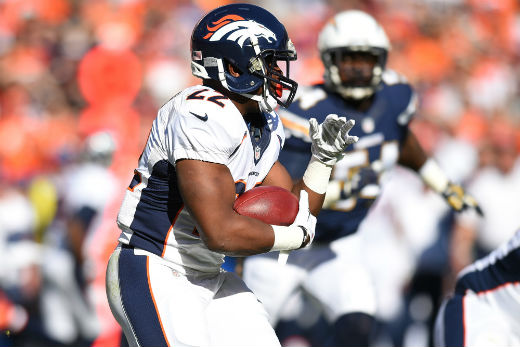 I wrote the Auction Strategy Guide that we posted earlier this week. So although I ran all the parts by my colleagues before publishing the article, you can assume that stands as my particular approach to auction drafting.

How closely do I stick to my own guidelines in practice? Let’s see.

I’ve competed in this industry auction draft -- which we play out through the season -- for the past 3 years. No 2 auction leagues are identical, so there will be spending practices here that might prove way off from what your league does. And the longer you’re in a particular league (with the same guys), the more you’ll know their tendencies.

Use that to your advantage.

In this case, I know that this group overpays for QBs in general. I also know that there are usually several owners who go hard early and deplete their banks. So patience is good.

But I’ll certainly still grab a value if it comes my way early in the draft.

The other big difference here is that we do a slow auction. There are 24 nominated players on the board through most of the drafting period, with each team nominating 2. Every fresh high bid on a player resets his auction clock to 24 hours. That doesn’t necessarily change the way you should approach the draft, however, or the manner in which you navigate it.

Here’s a link to all the rosters. Now for my team.

I go in hoping to spend no more than $15 at QB, which -- at 7.5% -- is even a little less than we recommended in the auction guide. I was pleasantly surprised to get Rivers for just $10. I would like to have a stronger QB2, but the timing and pricing just didn’t fit. I also believe Rivers sits in the range where you don’t necessarily need a #2 QB to start the season, so I decided to just throw a dollar at an upside option rather than chase a backup.

I spent 28.5% of my budget on RBs, which is 6.5 percentage points less than the guide says.

I bought Williams just before the initial Le’Veon Bell suspension was announced, which turned him into a mega-steal (at least in my mind). He’s a good example of sneaking through a handcuff type early. I nominated him as a player I wouldn’t mind getting, but expecting someone to pay more than I was willing. I was pleasantly surprised to secure him for just $5 (which was even $1 short of where I set my limit).

I was keeping tabs on Lacy and Anderson as other early-round RBs left the board at prices higher than I wanted to pay. For comparison’s sake, every 1st-round RB (by ADP) went for $44+, Devonta Freeman went for $33, Mark Ingram $32, Doug Martin $31. Even Matt Forte and Danny Woodhead garnered $29.

I don’t love my depth with Miami’s muddled backfield and a reportedly strong camp for Latavius Murray dinging Washington a bit. But you could also shift more dollars over from WR to build up this unit, if you’d like.

I wound up spending 57.5% of my budget at WR -- basically because I found that I could.

I won Michael Floyd first and was quite pleased that he didn’t cost more. I would have paid at least up to $20 for him.

Next came Green, who cost the same as Allen Robinson and DeAndre Hopkins, $5 less than Julio Jones, $7 less than Odell Beckham and $13 less than Antonio Brown. I’m not calling him a top value, but I did go in targeting him among the upper WR range because I liked the chances of getting a decent price. Same deal with Evans, who wound up costing less than Brandon Marshall, Brandin Cooks, Jordy Nelson and Keenan Allen, and only $1 more than Kelvin Benjamin.

Lockett came in between Green and Evans and arrived as another nice-priced player. I envisioned him as my weekly WR3-4 along with Floyd, plus whomever else I added.

Edelman hit the board late in the draft when I simply had more money than most teams. Given my bank and 4 strong wideouts already on my roster, I went after the upside with no worry for the risk with his foot.

Smith and DGB were throw-ins, back when starting in Tennessee remained a possibility for Green-Beckham.

I would not recommend drafting 3 TEs in a lineup-setting, non-FFPC situation. Ebron and Miller hit the board at the same time in a range where I didn’t like the other backups should I miss out on both. Yet, I still spent only $10 on the position and came away with 3 guys who will start for their teams. At worst, I’m cutting a $3 and/or $2 player for waiver help.

You’ll rarely find me spending more than $1 on a kicker or a defense at auction. If I do, it’ll likely be because the position is running low and I’ve secured starters at all or nearly all other spots.

As usual, I finished the auction with a few dollars left over. I could easily go back through the draft and find spots where I would have done well to spend that money, but I’m also content with the team I drafted.

Let me know where you think I screwed up in the comments section below.