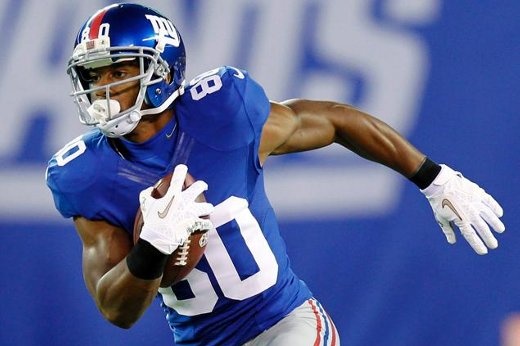 Cutler is playing his best ball since arriving in Chicago in 2009.  His completion rate sits at a personal-best 65.9%.  He’s on pace for 4,346 yards, which would be the 2nd-best mark of his career.  He’s also on pace for a career-high 32 TDs.  Cutler has tossed 6 INTs, but half of those came in 1 game.  He’s been INT-free in 3 of his last 4 outings.  If you watch Cutler, it’s clear he’s playing smarter this year.

And the best might still be yet to come.  Remember that the Bears are just 6 games into HC Marc Trestman’s offense.  Cutler should only get more comfortable and productive as the season wears on.  We’re already seeing improvement, as Cutler’s 2 highest passer ratings of the season have come over the past 2 weeks.

In WR Alshon Jeffery and TE Martellus Bennett, Cutler finally has secondary targets behind Brandon Marshall.  And we know Matt Forte is 1 of the best pass-catching backs in the game.

Cutler will also benefit from a favorable schedule the rest of the way.  He has just 1 game remaining against a top-11 QB defense.  Four of his final 10 opponents rank among the bottom 10.  That includes games against the Cowboys (32nd) and Eagles (28th) in the fantasy playoffs.

Is Cutler still gonna toss his fair share of picks this year?  Sure.  But he also has an offensive system and group of weapons to produce as an every-week fantasy starter the rest of the way.  You can probably still acquire him at a QB2 price.

And it’s not as if Cruz is playing poorly.  His 61.4% catch rate is in line with last year’s mark (despite Eli Manning’s struggles).  And his 15.5 yards per catch is almost 3 yards better than last year’s average.  Cruz has been charged with just 2 drops so far.

Cruz has already flashed his monster upside this season with a 3-TD effort and 3 outings of 118+ yards.  But in this “what-have-you-done-for-me-lately” game, owners might be souring on their #1 WR after 2 down games in a row.  Especially with 1 of those coming in a Thursday-nighter.

Take advantage of the deflated price tag.  Cruz is a strong bet to produce top 10 numbers the rest of the way.

Selling off any piece of this Broncos passing game is risky.  Make sure you’re getting top dollar if you trade away Welker.

But we’re simply betting on regression here.  Welker has scored a league-high 8 times through 6 games.  That’s only 1 off his career high.  He averaged 6.2 TDs across 6 seasons with the high-scoring Patriots.

This isn’t a prototypical red-zone dominating WR.  Yes, Welker is playing a significant role in Denver’s red zone offense.  He entered Week 6 ranked 2nd in the NFL with 11 red-zone targets.  But that’s at least been partly due to defenses focusing on Demaryius Thomas and Eric Decker.  Those guys combined for 23 TDs last season.  They’ve totaled just 6 scores this year – 2 fewer than Welker has by himself.

The TD pendulum figures to swing toward Thomas and Decker – and away from Welker – going forward.  Take away the TDs and Welker has been good but not great.  He’s averaging 6.2 catches and 63 yards per game.  That’s a 16-game pace of 99 catches and 1,008 yards.

Welker is scoring like an elite WR1 right now.  He’s more likely to be a WR2 type once those TDs slow down.  Dealing him for a buy-low WR like Victor Cruz plus another piece would be a good move.

The Texans' passing game is a mess.  Matt Schaub’s ankle and psyche are damaged.  T.J. Yates has been diagnosed with Schaub-itis, tossing a pick-6 this past weekend.  We might see Case Keenum under center soon.

If Houston is going to turn its season around, it’s going to do it on the ground.  The Texans are currently leading the league with 255 pass attempts – 42.5 per game.  That rate figures to shrink the rest of the way.

That would obviously be bad news for Johnson.  He’s capitalized on the high-volume passing attack so far.  His 63 targets, 44 catches and 495 yards all rank among the top 7 WRs.  He’s remained efficient, hauling in 70% of his targets with just 1 drop.  But Johnson is averaging just 11.3 yards per catch – his lowest mark since 2006 – and has yet to score.  His numbers are going to head south as Houston’s passing volume declines.

Johnson’s health is also a concern.  He sustained a concussion in Week 2 and a shin injury in Week 3.  The latter has lingered the past 3 weeks.

This certainly isn’t a guy with a clean injury history.  Johnson has played 16 games just 1 of the past 3 seasons, and 3 of the past 6.  Based on the start of his 2013 campaign, he doesn’t seem like a great bet to play 16 this time.

Johnson currently has the production and name value to return a pretty penny in a trade.  We’d cash in on him now.

Rudolph’s big Week 6 was a result of garbage time.  The Vikings chucked it 44 times in a 35-10 shellacking at the hands of the Panthers.  Five of Rudolph’s grabs came in the 4th quarter, with the Panthers in soft, prevent defense.  Those 5 catches went for 52 yards and the TD.

Prior to Week 6, Rudolph had scored just once and been held under 30 yards in 3 of 4 games.  Minnesota’s offense will continue to run through Adrian Peterson.  And it could be a QB carousel the rest of the way.

Rudolph is not a reliable weekly fantasy starter.  His trade value probably isn’t huge, but you might be able to flip him straight up for a TE coming off a down game.  Jermichael Finley and Greg Olsen are possibilities.

The entire Falcons offense is a “hold” right now.  It’ll be a different unit coming out of the Week 6 bye than it was heading into it.  Julio Jones is gone.  Steven Jackson is expected back.  Roddy White’s status is unclear.

The loss of Jones is obviously a big blow to Ryan’s fantasy outlook.  He’s leading the team in catches and receiving yards.  But in White, Jackson and Tony Gonzalez, Ryan still has an impressive pass-catching trio at his disposal.  And Harry Douglas is serviceable.

White is the key, though.  He’s labored through a high-ankle sprain all season.  Then he injured his hamstring in Week 5.  If he can’t get healthy, Ryan will be in trouble.

For now, though, we’d be in “wait-and-see” mode with Atlanta’s signal-caller.  He’s played extremely well so far, sitting on personal bests in completion rate (69.3%) and passing yards per game (330).

Colston almost made our “buy” list.  And he’s still worth acquiring if you can land him for dirt cheap.  That’s certainly conceivable considering he’s totaled just 3 catches for 26 yards over the past 2 games.

That followed solid catch and yardage totals in his 1st 4 outings.  Colston hauled in at least 4 balls for 63 yards in each of those games.  He was on a 16-game pace of 84 catches and 1,192.  Both marks would have set or matched 5-year highs.

Colston scored just once over those 4 games, but TD droughts are nothing new for him.  He had 3- and 4-game scoreless stretches last year.  There were 3- and 5-game streaks with no TD back in 2011.  The TDs tend to come in bunches in this offense.

We weren’t concerned about Colston … until Week 6.  The 1-catch, 11-yard performance against the Patriots on Sunday raises some flags.  New England has been tough on WRs this year, but that’s largely been due to CB Aqib Talib’s impressive play.  The Pats had Talib shadow TE Jimmy Graham on Sunday.  That should have led to a busy, productive day for Colston.  Instead, it was 1 catch on 3 targets.

New Orleans has a Week 7 bye, and we bet they use that to devise ways to get Colston going.  This is a guy who’s gone for 70+ grabs and 1,000+ yards in 4-straight seasons.

Now is certainly no time to be selling Colston.  But his Week 6 performance has us more in “wait-and-see” mode than an all-out buying frenzy.