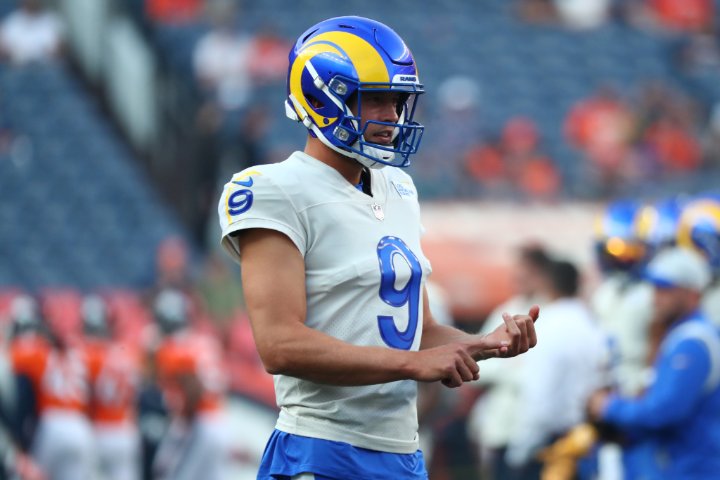 Do we have another surprise coming Sunday night?

The Rams head into the game as the week’s 3rd largest favorite (8.5 points). Both teams ahead -- Tampa Bay and San Francisco (both -9.5 by kickoff) -- failed to cover.

Could we see the Bears keep it close on the road in L.A.?

It wouldn’t be crazy. The Rams have lost DC Brandon Staley and S John Johnson III as key pieces from last year’s top-ranked defense -- plus a few other complementary pieces. And defenses tend to be volatile year to year anyway.

Still, can we really bet on Andy Dalton marching the Bears into town and racking up points?

And what about the other side: Is Matthew Stafford the facelift this Rams offense needed after looking saggy last year? The Chicago defense was no slouch in 2020, either. It ranked just 14th in points allowed, but 8th in Football Outsiders’ DVOA -- 4th vs. the run and 13th vs. the pass.

Let’s get to the charts … 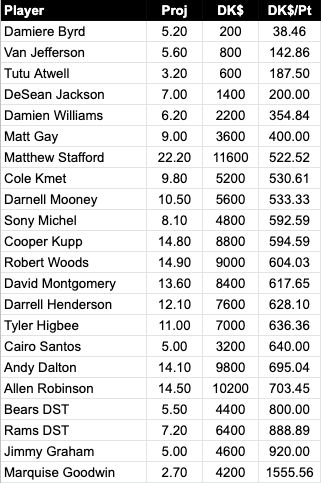 Those low-dollar wideouts look very interesting for some savings + upside in this contest. Damiere Byrd appears to sit 4th on Chicago’s WR depth chart, but we don’t know yet whether he’ll actually operate clearly behind Marquise Goodwin or whether they’ll split reps in that range. They’re similar players in that each can threaten deep and make his fantasy day with a single play. Byrd, though, presents $4,000 in salary savings here vs. Goodwin. The back issue that has Darnell Mooney questionable can only help both teammates.

On the other side, the Rams list DeSean Jackson and Van Jefferson as co-#3 WRs on their “unofficial” depth chart. We’d go Jackson first if the salary difference doesn’t matter. But the longtime speedster is also likely to be rostered at a higher rate than Jefferson in showdowns. Either presents clear upside at a low price. 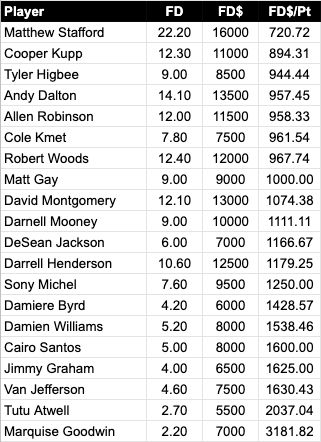 As usual, FanDuel offers much more lackluster pricing. Tyler Higbee looks like the 1st true value. He gets a Bears defense that ranked just 19th in coverage DVOA vs. TEs last season and allowed the 2nd most PPR points to the position.