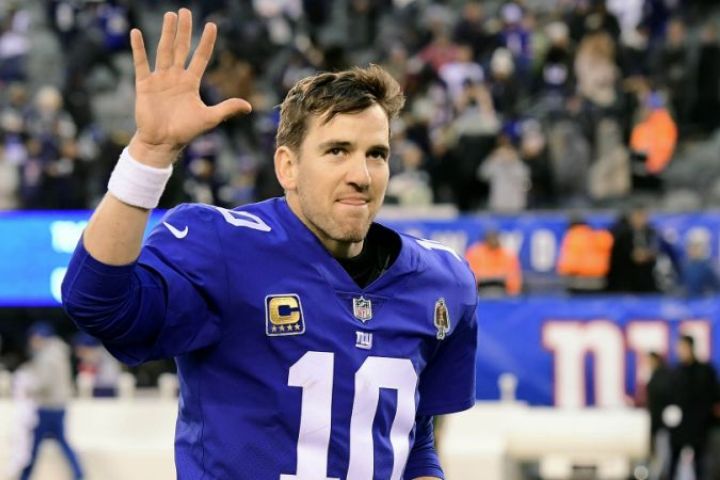 The veteran (for some reason) opened this season with a pair of starts before giving way to the rookie. Manning chucked 45 and 44 pass attempts in those games. Jones has reached 40 three times in his 10 starts, never eclipsing 41. The Giants went 73% pass in the 2 Manning-piloted losses.

He returns to the helm to start in a place that has proved both tough on Manning and generous to his stat lines in recent years. He has posted these passing lines in games at Philadelphia over the past 3 seasons:

Manning has thrown for at least 257 yards in 7 consecutive meetings with the Eagles. This trip will pit him against a defense that had been trending upward before an utter debacle at Miami last Sunday.

So what’s the outlook for Monday night’s showdown?

Evan Engram’s week-to-week status is likely helping to keep Kaden Smith’s salary down. The rookie has topped 90% playing time each of the past 2 weeks and drawn 14 targets, 19.2% of the team total in those games.

Manning similarly works out as a pretty easy value even with 1 of the position’s lowest projections for the week. Starting QBs enter showdowns with 5-digit salaries, unless they didn’t enter the week as the starter.

On the Philly side, Alshon Jeffery returned from his multi-week ankle injury for a huge stat line in last week’s loss to the Dolphins. He has seen 8+ targets in 3 of 4 meetings with the Giants since joining the Eagles.

Manning doesn’t present nearly the salary relief on FanDuel that he does on DraftKings. So playing him here stands as more of a contrarian approach.

Saquon Barkley seems like a solid fade here. The Eagles have allowed the 3rd-fewest RB rushing yards in the league to date and stand as a negative scoring matchup for fantasy RBs. And the half-PPR scoring on FanDuel limits the upside even if Barkley gets a target boost from Manning’s return.