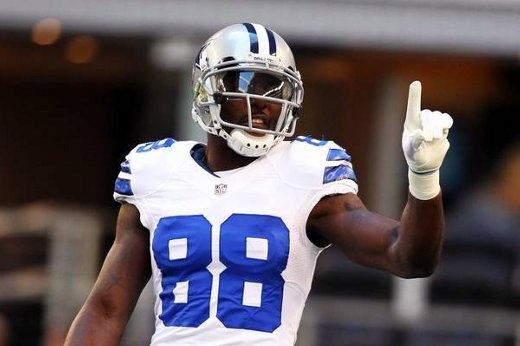 Consider Rodgers an investment in your fantasy football future.  He won’t pay immediate dividends because he’s expected to miss at least another 2 weeks.  A Week 14 return might be the most likely scenario.

That just happens to be the start of the playoffs in most fantasy leagues.  And Rodgers just so happens to face a pair of bottom 8 QB defenses in Weeks 14 and 15 (Atlanta and Dallas).  Then he gets a home game against a mediocre Steelers defense in fantasy championship week.

Rodgers is going to win fantasy championships.  He was sitting 3rd in fantasy points per game before going down.  And remember that the injury is to his non-throwing collarbone.  As soon as he’s medically cleared, his performance shouldn’t be impacted.

The Rodgers owner in your league might be panicking.  Take advantage and go get yourself an elite QB for the fantasy playoffs.  The position is so deep this year that you can survive by streaming options off the waiver wire until Rodgers returns.  Guys like Eli Manning, Carson Palmer and even Case Keenum have plus matchups over the next 2 weeks.

Dallas’ passing game laid an egg on Sunday Night Football.  QB Tony Romo completed just 10 passes for 128 yards.  Just 1 of those balls landed in Bryant’s hands.  It was his 1st game with fewer than 3 catches since Week 9 of 2012.

Bryant has been frustratingly inconsistent over the past 5 weeks.  He’s scored just twice over that span, both coming in Week 8.  He went for 110 yards against the Eagles in Week 7 but has totaled just 216 yards in his other 4 games during that stretch.  Throw in the upcoming Week 11 bye and the lingering back issue, and Bryant’s price tag will never be lower.

See if you can cash in on that.  Bryant is simply too talented to continue to struggle.  Despite the uneven performance, he entered Week 10 ranked 2nd among WRs in fantasy points.  That was fueled by a 4-game early-season stretch that saw him rack up 401 yards and 6 TDs.

Bryant could easily go on another hot streak like that to close the season.  The schedule certainly works in his favor.  He doesn’t face another defense ranked better than 13th against WRs.  Three of his final 6 games come against bottom 4 units (although 1 is in Week 17 against the Eagles).

Bryant will use this bye week to rest his back.  And Dallas will use it to figure out how to get its best player back on track.  Betting on Bryant down the stretch is a smart move.

White owners waited 4 weeks to get their guy back.  Then they got a 1-catch, 20-yard outing.  That, of course, follows an abysmal start to the season that saw White total just 14 catches and 129 yards across the first 5 games.  He shouldn’t cost much to acquire in a trade.

White is certainly worth adding on the cheap.  He was shaking off some rust this past weekend.  And he was facing a Seahawks defense ranked 2nd against the pass.  They entered Week 11 allowing just 52 yards per game to opposing #1 WRs.  We weren’t expecting a big day from White.

A healthy White should quickly emerge as the #1 option in the Falcons' passing game.  And that’d mean a boatload of targets considering Atlanta sits 5th in pass attempts.

The schedule also sets up nicely for White.  He figures to see quite a bit of Bucs CB Darrelle Revis this coming week.  But 2 of his next 4 games are against bottom 3 WR defenses.  And the other 2 are against the Saints and Packers -- teams that figure to force Atlanta to chuck it plenty.

White has been 1 of the biggest disappointments in fantasy football this year.  Use that to your advantage to acquire a guy who could be a top 20 WR the rest of the way.

MJD is coming off a 13.4-point non-PPR performance.  That tied his best output of the season.  Perfect time to unload him.

That’s a yard below his ugly 3.0 average on the season.  A sluggish Jones-Drew has struggled all year behind 1 of the most talent-deficient offensive lines in the league.

On the plus side, his role in the passing game has grown.  He’s caught 2+ balls in 5 straight, including 10 over the past 2 games.

Still, that’s not enough to lift him above unreliable RB3/flex status.  It’s tough to count on Jones-Drew’s weekly ball-carrying workload because the Jaguars project to be trailing in every game they play.  And their next 5 opponents all rank among the top 18 in fantasy points allowed to RBs.

MJD simply isn’t a guy you want to be relying on down the stretch and into the fantasy playoffs.  We’d flip him straight up for Ben Tate, Chris Ivory or Andre Brown.

We’ve been waiting all season for this playmaker to bust out.  It finally happened on Sunday.  138 receiving yards and 2 TDs, plus a 98-yard punt-return score.  Austin was all over the highlight shows on Sunday night.  The rookie has arrived.

Austin’s big day came on just 2 catches and 3 targets.  The scores – 57- and 81-yarders – were about as easy as they come, with wide open space for Austin to use his world-class speed.  It was the definition of a fluky performance.

Nothing changed with Austin’s usage on Sunday.  In fact, his 15 snaps and 27% snap rate were his 2nd-lowest marks of the year.  His 3 targets were right in line with his average over the previous 4 games.

Now, we have to believe the Rams will try even harder to get the ball into Austin’s hands going forward.  But even then, he’ll be tough to rely on.  This is a rookie WR on a run-first offense catching passes from Kellen Clemens.

If you own Austin, he’s most valuable right now as a trade chip.  See if you can flip him for a WR coming off a down week.  Maybe Keenan Allen or Cecil Shorts.

We thought about issuing a “sell” order on Moreno.  But that’d be getting a little too cute at this point of the season.

Sure, Montee Ball’s role appears to be growing a bit.  He’s carried 16 times over the past 2 weeks after totaling just 12 carries in his previous 4 games.  Meanwhile, Moreno has averaged just 3.2 yards per carry in his last 4.

Of course, he’s also scored 5 TDs and hauled in 24 balls for 209 yards during that span, scoring as a top 10 fantasy RB.  That follows a 7th-place ranking over the season’s first 5 weeks.

As the clear lead back on the game’s best offense, Moreno can score fantasy points in a multitude of ways.  He currently sits 17th in rushing yards and 2nd in rushing TDs.  He’s also 8th among RBs in catches and 5th in receiving yards.

So even if Moreno’s carry count and efficiency continues to decrease, he’ll remain a must-start fantasy RB.  You don’t trade those away.

Indy’s passing game has looked out of sync without WR Reggie Wayne the past 2 weeks.  Hilton’s numbers have been just fine, though.  Stepping in as the clear-cut #1 WR, Hilton has racked up 14 catches, 251 yards and 3 TDs.  He’s finished each game with 7 grabs and has totaled 20 targets.

This is an uber-talented WR who should continue to see tons of targets from a top-notch QB.  No need to get fancy and even think about trading him.

We should also keep expectations in check the rest of the way, though.  There will certainly be more big games from Hilton.  But there will probably be some duds too.  He remains a young WR who relies on the long ball.  Those types of receivers tend to be inconsistent.

That’s why it probably doesn’t make sense to try and trade for Hilton at this point.  But if you have him, hang on tight and continue to keep him glued into your starting lineup.