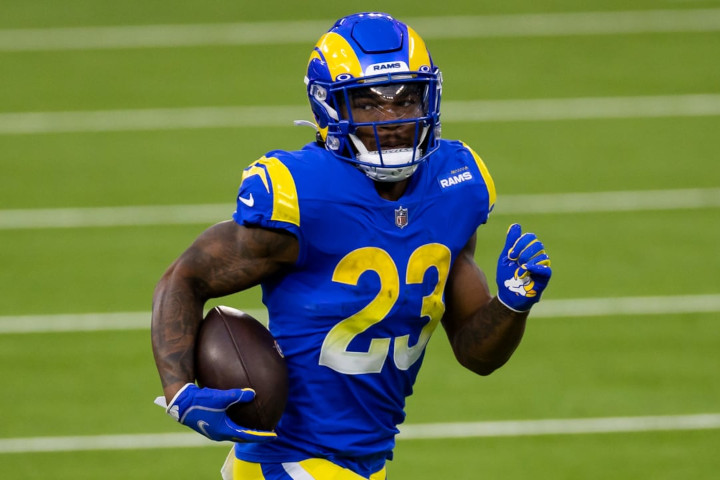 We got our 1st big injury bomb of 2021 on Tuesday when we learned that Rams RB Cam Akers suffered a torn Achilles getting ready for training camp. That knocks him out for the entire 2021 season -- and adds downside to his long-term, dynasty outlook.

An Achilles is 1 of the toughest injuries for skill-position players to return from. A 2018 study of 95 NFL players with Achilles tears found that they returned an average of 340 days after surgery. So, barring setbacks, Akers should be back on the field in time for the start of 2022 training camp.

But that same study found “significantly worse postoperative performance scores compared with preoperative scores.” So Akers’ play will be worth monitoring closely when he returns. The 22-year-old at least has age on his side.

As for 2021, the Rams are left with Darrell Henderson and a whole lot of nothing in the backfield. The rest of the depth chart currently reads: Jake Funk, Raymond Calais, Xavier Jones and Otis Anderson. They’ve combined for a grand total of 0 NFL carries. Funk and Anderson are rookies. Neither Calais nor Jones played an offensive snap in their 2020 rookie campaigns.

We’ll monitor the group, but none is worth a look in fantasy drafts right now. The Rams figure to add to their backfield via trade or the free-agent pool. Duke Johnson, Le’Veon Bell, Todd Gurley and Adrian Peterson are the top available RBs.

Henderson, though, now finds the biggest opportunity of his career. The 2019 3rd-rounder has flashed through 2 NFL seasons, averaging 4.4 yards per carry and 9.8 yards per catch. Last year, he ranked 31st in Elusive Rating and 15th in Pro Football Focus rushing grade among 47 RBs with 100+ carries -- actually beating Akers in both metrics.

Henderson spent his 2019 rookie season playing behind Todd Gurley and most of last year behind Akers and even Malcolm Brown. But we did see him in a lead role from Week 2 to 7 last season. In those 6 games, he averaged 14 carries, 67.5 rushing yards and .5 TDs -- plus 2.2 targets, 1.5 catches 18.2 yards and .2 TDs. He ranked top 15 in fantasy points among RBs over that stretch.

HC Sean McVay’s Rams have been fertile ground for RB fantasy production. Todd Gurley led all RBs in fantasy points in McVay’s first season in 2017. He ranked 3rd in PPR points and 1st in non-PPR in 2018. And while the team didn’t produce a fantasy stud the past 2 years, the Rams have now finished top 10 in rushing TDs in all 4 seasons under McVay. They’ve also ranked top 10 in rushing attempts and yards in 3 of those 4 seasons.

How Much Can Henderson Handle?

The question that remains is just how big a workload Henderson will assume. He’s slightly undersized at 208 pounds and has topped 16 carries in a game only 6 times over the past 5 seasons (5 at Memphis, once for the Rams). Henderson also suffered an ankle injury late in 2019 that required surgery, dealt with hamstring trouble last summer, was knocked out of the Miami game last year with a thigh injury and then missed the final 3 games of the season with a high-ankle sprain.

Don’t expect a Gurley-esque workload for Henderson this season. We don’t even have him projected for the same kind of volume we had Akers for before his injury. But with his big-play ability in the Rams’ RB-friendly situation, there’s top-15 fantasy upside here. Only Henderson’s lack of a track record in a lead role has him sitting a bit lower than that in our updated rankings.

One final note: Between the loss of Akers and arrival of Matt Stafford, we could see the Rams lean significantly more on the passing game this season. They’ve been between 54.5% and 56.5% pass in 3 of McVay’s 4 seasons. But when the running game struggled in 2019, they threw it on 62% of their plays. We could see a similar run/pass split in 2021. Stafford, Robert Woods, Cooper Kupp and Tyler Higbee all got slight bumps up the rankings with the Akers news.