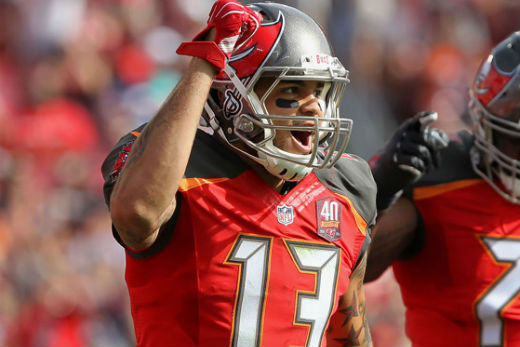 With some high profile sites competing, this is always 1 of my favorite industry drafts. How’d this unfold for Team Draft Sharks? Let’s take a look…

Gronkowski recently returned from an 8-day absence. We don’t yet know what ailed Gronk, but it seemed precautionary.

Ideally, I would have taken Lamar Miller or Adrian Peterson. But I’m happy to get Gronk in a scoring-dependent format. Of course, he leads the league in TDs since 2011.

I’m higher on Evans than my DS cohorts. This guy showed off his 6’5 frame as a rookie with 12 TDs on 68 grabs. Evans took a step back in 2015, a year plagued by drops. Fortunately, poor hands weren’t an issue in college or his rookie season.

Year 2 with Jameis Winston should produce a stronger connection, while targets will remain plentiful given a lack of proven weapons beyond Vincent Jackson.

Rawls is practicing fully, but the Seahawks are holding him out of Thursday’s game. That means we might not see him until Week 1. Despite some risk, I’ll take a shot on the upside Rawls flashed last season. Among 50 RBs with 96+ carries, Rawls led the group with 5.6 YPC on 147 attempts.

Murray was a workhorse last year, handling 266 carries and snagging 41 passes. I’ll concede that he won’t match the reception total, especially with rookie DeAndre Washington in the mix. But Murray will remain busy on the ground. And behind an O-line that added LG Kelechi Osemele, Murray’s efficiency numbers should rise.

Critics can throw jabs at Mathews all they want; he’s still Philly’s Week 1 starter. He’ll lose some receiving work to Darren Sproles. But I’m happy to land the 28-year-old as an RB3/matchup play.