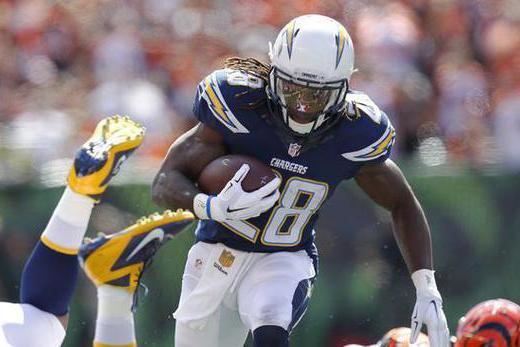 Jared and I ushered in the 2019 NFL Hall of Fame class the only way we know how: by doing a fantasy football draft.

We jumped on MyFFPC.com Saturday afternoon, in between the Hall of Fame parade in downtown Canton, Ohio, and the nighttime induction speeches. And we took part in a $250 best-ball draft.

In case you’re unfamiliar with FFPC scoring and lineup rules:

We jumped on Periscope to talk our way through our first 13 selections. Here’s that video, in case you’re interested:

And now for the selections we made after ending the video …

Thompson arrives as RB57 overall and the 5th back on our team. He sits 38th among RBs in our PPR rankings. We’re not expecting big things from him, but Thompson ranked 3rd on last year’s team in targets despite missing 6 games. Thompson ranks 14th among all RBs in receptions over the past 4 years despite missing 15 of 64 contests in that span.

Samuel has a clear path to the #2 WR role if he can stay healthy. HC Kyle Shanahan has talked up not only his strength, but also the rookie’s ability to get downfield and play bigger than his height. Samuel went 9 rounds after Dante Pettis in this draft.

We weren’t necessarily targeting a 3rd QB in this draft, but Mariota arrived here 5 rounds after our previous QB selection. Only Nick Foles, Joe Flacco and the Dolphins, Giants and Washington situations remained. If Mariota stinks this year, we’ll be OK. If he realizes his remaining weekly upside, we stand to benefit.

We planned to draft 3 kickers, so we grabbed Tucker here to avoid getting frozen out by kicker runs. Thirteen more kickers left the board before our next pick.

A player who could wind up leading Buffalo in rushing attempts this season presented too much value at this stage to pass on.

Kicker #2. Another 4 would leave the board between this selection and our next turn.

We also planned from the start to draft 3 defenses. At this spot, K.C. was the 14th off the board.

Hopkins won out over a 3rd defense here because he’s more likely to stick with his team than the other remaining kickers.

Our 2nd defense is the 22nd off the board. Washington WR Trey Quinn probably would have been the pick if he hadn’t gone 3 picks earlier.

Time to double up on defenses to make sure we land that 3rd.

Downfield ability plus an offense with nothing settled at wideout give Richardson plenty of upside to pay off at this level.

We would have liked a 3rd TE before this stage but missed out on previous targets. Uzomah got $6.25 million guaranteed on a 3-year deal before Cincinnati re-signed Tyler Eifert. He’s a solid shot to take this late -- especially given Eifert’s injury history.

The 2nd-year, former 2nd-round pick has been running with the 1st team in camp and has a shot at the #2 WR role.

Gabriel produced 3 top-36 PPR weeks last season. If he can do that again, he’s a steal in the penultimate round. He’s our 9th wideout.

We could have gone a few different ways with our 4th TE. We opted for a guy who could still fall back into Buffalo’s starting gig once he returns from a spring foot fracture.