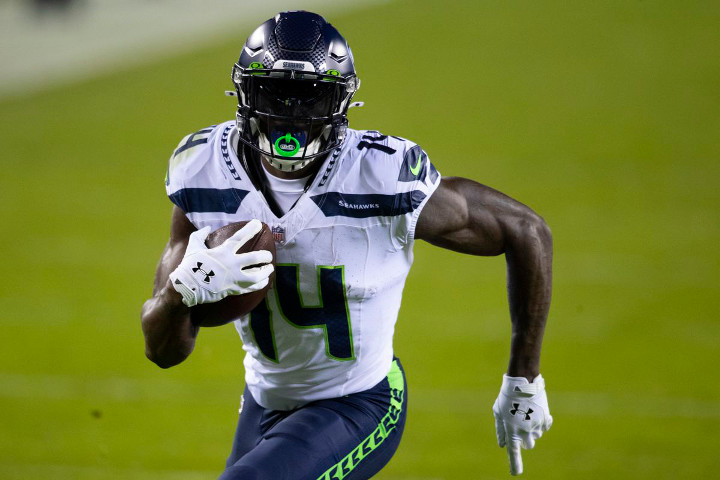 The first ever FFPC Best Ball Tournament kicked off last month. In case that’s news to you, here’s a rundown on the details:

So daydream for a moment. Then continue on to read more of what you need to know.

Colleague Matt Schauf put in the legwork to evaluate 2021 strength of schedule. You can check out the QB, RB, and WR versions now, with the TEs coming next week.

Using Matt’s article as a guide, here are some of the most and least favorable schedules come FFPC Best-Ball Tournament playoff time...

(Each mention below contains at least three positive playoff matchups or two positives with two neutrals.)

49ers QBs: at Bengals, vs. Falcons, at Titans, vs. Texans

Broncos QBs: vs. Lions, vs. Bengals, at Vegas, at Chargers

If you’re grabbing Trey Lance expecting him to sit early on, it’s comforting to see an ideal schedule down the stretch.

Aaron Rodgers to Denver is probably still a pipe dream. But if he some how makes it out west … look out.

Falcons RBs: at Panthers, at 49ers, vs. Lions, at Bills

Broncos RBs: vs. Lions, vs. Bengals, at Vegas, at Chargers

49ers RBs: at Bengals, vs. Falcons, at Titans, vs. Texans

Seahawks RBs: at Texans, at Rams, vs. Bears, vs. Lions

Washington RBs: vs. Cowboys, at Eagles, at Cowboys vs. Eagles

I haven’t drafted much Mike Davis, but it's not because of the schedule. Don't be surprised to see Atlanta add backfield competition once cuts roll in. I’m lukewarm on Javonte Williams, who's a bet on tackle-breaking talent barring a Melvin Gordon trade/release/injury.

If Sermon can win the lead role, he’ll enter a fine spot throughout the season. Matt’s SOS numbers have only 1 negative matchup for 49ers RBs all season (Colts, Week 7). Once a Round 3 pick, Antonio Gibson’s ADP has climbed into early Round 2. Carson just needs to stay healthy to pay off a late-3rd price tag.

49ers WRs: at Bengals, vs. Falcons, at Titans, vs. Texans

Cardinals WRs: vs. Rams, at Lions, vs. Colts, at Cowboys

Giants WRs: at Chargers, vs. Cowboys, at Eagles, at Bears

Seahawks WRs: at Texans, at Rams, vs. Bears, vs. Lions

Washington WRs: vs. Cowboys, at Eagles, at Cowboys vs. Eagles

Seattle’s passing game isn’t hard to stack with Russell Wilson coming off the board in Round 6/7 and Tyler Lockett lasting until the mid-5th/6th. (D.K. Metcalf will cost you a late 2nd or 3rd.) Our WR rankings don’t have huge rebound numbers for Kenny Golladay, but late matchups against Dallas and Philly are eye-openers. Daniel Jones (ADP QB22) is certainly affordable.

Curtis Samuel and Rondale Moore are guys I’ll look to sprinkle in over the coming months, but there’s not much to like elsewhere. It’s especially tough to select Brandon Aiyuk, whose ADP rests 11 spots ahead of his DS rank.

(Each mention below contains at least three negative playoff matchups or two negatives with two neutrals.)

Kirk Cousins: vs. Steelers, at Bears, vs. Rams, at Packers

Washington’s pass rush figures to torment opposing O-lines all season. But it’s not nearly enough to take me off Dak, our QB2 behind Patrick Mahomes.

Beyond Burrow’s torn up knee, he’ll encounter a brutal late-season schedule. Still, with Ja'Marr Chase, Tee Higgins and Tyler Boyd, how can you not want at least some exposure to the former LSU star?

Cousins — the QB9 last year — is easy to stack with Justin Jefferson, Adam Thielen or Irv Smith. Don’t bet on much changing, but we’ll see how the offense performs in the debut of 34-year-old OC Klint Kubiak.

Panthers RBs: vs. Falcons, at Bills, vs. Bucs, at Saints

Saints RBs: at Jets, at Bucs, vs. Dolphins, vs. Panthers

Browns RBs: vs. Ravens, vs. Raiders, at Packers, at Steelers

A healthy CMC should deliver regardless of matchup. He’s still the clear pick at 1.01. A move to Jameis Winston or Taysom Hill brings downside potential for Kamara — particularly if Hill takes on a large goal line role. Still, Kamara projects to remain among the league's most targeted RBs. Chubb’s slate looks fine beyond Baltimore and Pittsburgh. A strong Cleveland O-line provides an equalizer to the tough schedule.

Vegas WRs: at Chiefs, at Browns, vs. Broncos, at Colts

Ja'Marr Chase is pricey in summer drafts with a WR20 ADP (Round 6). You can often grab Tee Higgins about a round later; or wait 2 more rounds and grab Tyler Boyd. The latter isn’t much of a “spike week” guy -- he tallied only 2 WR1 weeks in 2020 (sans Chase, of course). But you can’t shoot for the moon with each pick.

Because of fair prices, I’m still buying pieces of Henry Ruggs (WR53) and Bryan Edwards (WR76). The Chiefs game at least brings shootout potential after the Raiders dropped a combined 71 points in a pair of 2020 meetings.

Four teams have a bye in Week 14, the first playoff week in the FFPC Best-Ball Tournament:

Ignoring all 4 teams outright isn’t a recommended strategy. While missing even 1 key contributor for Week 14 stinks, you still need to make it that far. Plus, dodging Colts, Dolphins, Patriots and Eagles keeps you off breakout candidates like Michael Pittman, DeVonta Smith and Jalen Reagor. Jonnu Smith and Dallas Goedert are 2 of my primary TE targets.

So instead of passing on this group, simply bump them down your rankings a bit. And avoid loading 1 team with more than 2 or 3 guys from these 4 teams.

As you’ll see in my lone entry below, I selected 3 players form the 4 teams above. They profile as my QB3, my RB5 and my TE1/2. Nothing crazy.

My ideal build includes 2 QBs, 5 RBs, 8 WRs and 3 TEs. But I wasn't too confident exiting the draft with just Cousins and Jones, so I grabbed a 3rd QB in Newton. He remains the favorite to start Week 1, and while he'll be on thin ice, the hope is he can supply a few starting-quality weeks.

Do You Need to Stack?

I come down on the side of colleague Jared Smola, who wrote the following when breaking down strategy for Underdog’s Best Ball Championship:

You shouldn’t be reaching to create a stack. The value you’re losing by making that reach cancels out the upside you’re gaining with the stack.

(Give Jared’s article a read, as a lot of the concepts he discussed also apply to the FFPC Tournament.)

So, whether or not you stack comes down to how your draft board falls. Just keep another factor in mind: The FFPC Best-Ball Tournament is capped at 4,608 teams — quite a departure from Underdog’s setup (155,520). The smaller field means differentiating your roster won’t be as difficult.

As for my favorite stacks — here’s a sample from the best ball drafts I’ve done so far: