Is There Any Upside To Chase With JuJu Smith-Schuster? 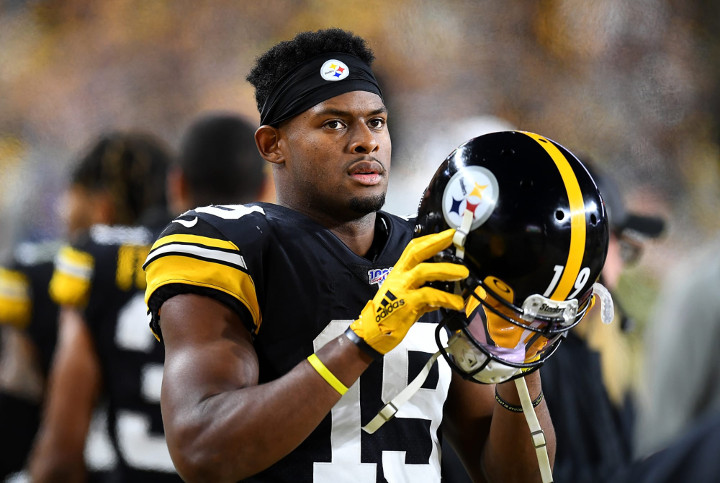 - That was enough for him to finish as the WR16, although he finished as a weekly top-12 WR only 3 times.

- JuJu’s average depth of target stood at just 6 yards for a conservative pass offense under Ben Roethlisberger. That was the lowest figure among 84 WRs with 50+ targets.

- That explains JuJu’s healthy 77% catch rate. He also played from the slot on a career-high 85.3% of his pass snaps, a theme that should repeat.

- He caught just 4 of 10 targets that traveled 20+ air yards. Not a sample big enough to make a true determination, but rather further confirmation of his short-range role.

- JuJu re-signed with Pittsburgh on a 1-year, $8 million deal. He also had offers from Kansas City and Baltimore.

- The Steelers return Diontae Johnson, Chase Claypool and Eric Ebron. Pat Freiermuth arrived as a Round 2 pick and should carve out a small role right away.

- Most importantly, Pittsburgh’s Round 1 selection of Najee Harris says they want to commit to a balanced approach under new OC Matt Canada (the team's QB coach in 2020). Harris, at 6'1, 232 pounds, is built for a high-volume rushing role.

- Roethlisberger, 39, brings 4 years worth of chemistry alongside Smith-Schuster — but also durability risk. He didn't miss any games due to injury last season but sat out all but 2 games in 2019 due to right elbow surgery.

- An unproven and potentially league-worse O-line might keep JuJu busy on quick-hitters. 15% of his targets came on screens a year ago.

Now, the arrival of Najee Harris brings the potential to drastically reduce this unit’s pass volume. Given an unattractive fantasy ceiling, Smith-Schuster isn't a priority WR3. 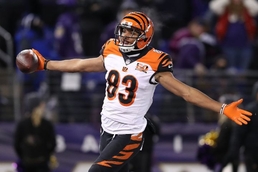 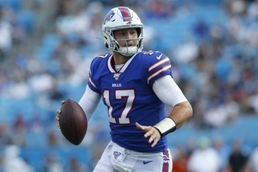 Are the Steelers and Bills set to outperform Vegas' expectations for the Sunday night game? 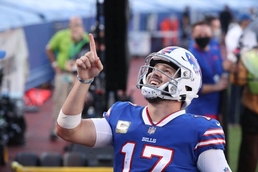 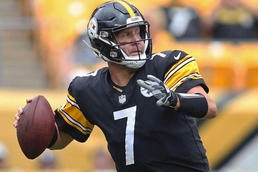 Ben Roethlisberger's back. His receivers are healthy. And the Giants are under new management. Where's the value for this Monday-night DFS showdown?