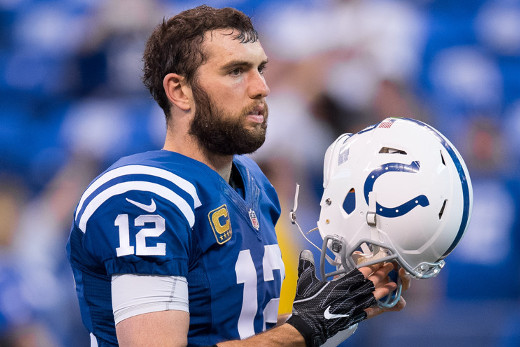 We’re still a couple of weeks away from the heart of fantasy football drafting season. But there are enough drafts firing off now that we can start to get a good feel for where ADPs are at — and where they’re going.

Over 1,200 public drafts took place on MyFantasyLeague.com in July. Using our powerful ADP Explorer tool, we can take a deep dive into ADP trends.

Here’s a look at the biggest risers and fallers over the past month:

Brees has been the biggest riser among the upper-echelon QBs so far. We’ll likely see Aaron Rodgers and Tom Brady climb, too, as more “casual” drafters enter the fray.

Buzz is building for Montgomery. He’s still going 16th among RBs, though — 5 spots lower than he sits in our PPR Rankings.

The rookie has been soaking up 1st-team reps early in training camp while Latavius Murray (ankle) sits on the PUP list. Cook is talented enough to take this starting job and run with it. He’s being drafted 18th among RBs now.

Fantasy drafters are confident Gillislee is stepping into the LeGarrette Blount role this season. There’s big TD upside if he does, but he’s getting expensive when you factor in the usual unpredictability of New England’s backfield.

Terrance West was the big winner of Kenneth Dixon’s season-ending knee injury. But it also tightens Woodhead’s grip on pass-catching duties. We bumped him up to 21st in our PPR Rankings — 5 spots above where he’s being drafted now.

The Panthers’ official website expects Stewart to get the "bulk of the carries this season,” despite the addition of 1st-round rookie Christian McCaffrey. We’re not buying that at this point, but we are buying Stewart maintaining a significant role — especially near the goal line. He remains a fine value at his late-10th-round ADP.

West’s ADP has climbed to 112th overall since we learned that Kenneth Dixon was out for the season on July 25. As the Ravens’ backfield stands now, a healthy West is a strong bet for 200+ carries. We’ll see if Baltimore adds to its RB group.

Rodgers is the favorite to serve as Tampa’s lead back while Doug Martin serves his 3-game suspension to open the season. ‘Quizz topped 15 touches in 5 games last year and finished 4 of them as a top-18 PPR RB. He remains a solid pick even at his elevated 14th-round ADP.

McFadden has climbed 4.5 rounds with reports of an impending suspension for Ezekiel Elliott. Volume and supporting cast would make McFadden an easy fantasy starter whenever Zeke is out this year.

Brown has passed Ezekiel Elliott as the #3 pick in average drafts. He’s the safest 1st-rounder, especially in PPR leagues. Brown has ranked among the top 3 PPR WRs in 4 straight seasons.

Allen is building momentum. He’s impressed teammates and media members with his recovery from last September’s torn ACL. And his target projection has gotten a boost with rookie WR Mike Williams’ back troubles.

Another guy who has benefitted from Mike Williams’ injury. Tyrell is locked in as Los Angeles’ #2 WR — at least to open the season — after finishing 18th at his position in PPR points last year.

Looks like folks are finally waking up to Hooper. There’s TE1 upside here as the clear starter in a high-powered offense. He remains a nice value at his current 11th- or 12th-round ADP.

Luck’s price is FINALLY starting to reflect the risk involved with a QB who hasn’t thrown in about 7 months. There’s still no timetable for his return to the field.

Winston’s ADP has dropped nearly a full round, but he’s still the 7th QB off the board. That’s a fair price for the QB6 in our rankings, but guys like Philip Rivers and Andy Dalton look like better pure values.

Elliott is now closer in overall ADP to Odell Beckham (5.1) and Julio Jones (5.5) than Antonio Brown (3.2). Drafters are clearly spooked by a looming suspension. Unless that ban goes longer than a couple of games, though, he remains a top 4 value.

The rookie shine is wearing off McCaffrey a bit. He’s fallen from 15th among RBs in ADP to 17th — 4 spots lower than he sits in our PPR Rankings.

It’s been a rough offseason for Hyde. He reportedly struggled in spring workouts, his GM questioned his fit in the offense, and he watched his team add rookie Joe Williams. Hyde has impressed early in training camp, though, and remains the best bet in San Francisco’s backfield. He’s looking like an intriguing value at this depressed price.

The rookie was arrested earlier this month for possession of marijuana and an unlawful weapon. That was after he showed up to spring workouts overweight. Foreman doesn’t look like a threat to Lamar Miller right now.

Sims was already 1 of our favorite late-round PPR sleepers. The sinking ADP only helps his case.

This looks like a pullback on a stock that ran up quickly. Parker’s current WR38 ADP is palatable. He’s continued to draw buzz early in training camp.

Davis’ ADP has been trending downward since Tennessee inked Eric Decker in mid-June. The 1st-round rookie was overvalued early this offseason but is now worth a look at his WR44 ADP.

Coleman missed a chunk of the spring with a bum hamstring — a problem that’s plagued him in the past. He was cleared for the start of training camp, though, and remains locked in as 1 of Cleveland’s top 2 targets.

Williams’ ADP will probably drop further from here after this past weekend’s news that he won’t practice at all in training camp. Chances are looking better than not that he lands on the reserve PUP list, knocking him out for the first 6 games of the regular season.

Funchess is an intriguing late-round flier. He’s been inefficient through his first 2 NFL seasons. But he’s just 23, goes 6’4, 225 pounds and has scored 9 times on 54 career catches. Funchess is slated for #2 WR duties in Carolina this year after the offseason departure of Ted Ginn.

Anderson watched the Jets add a pair of WRs in the draft and was then arrested in May. He’ll need to battle for a starting job this summer, despite last year’s 42-587-2 line.

Miller is reportedly in danger of getting cut after the team added free-agent Dion Sims and rookie Adam Shaheen. Quite a tumble for a guy who ranked 10th among TEs in PPR points per game last year.