Putting it all Together to Profit in MFL10 Drafts 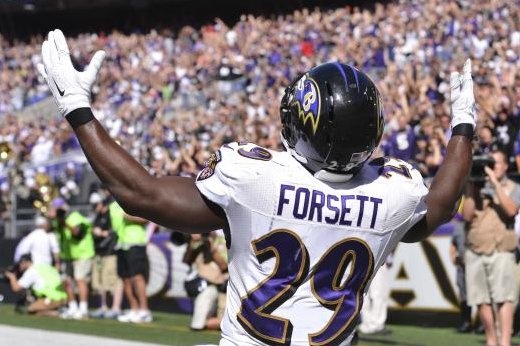 We’ve now introduced the data and looked at detailed strategies for each of the 5 positions you’ll need to address in MFL10 fantasy football leagues.

By taking what we learned in each one of those and combining them with the results of a combined regression model, we can form a unified MFL10 drafting strategy. So let’s tie it all together and look at the overall strategy to profit in MFL10s.

Using a combined regression model, we can identify the greatest influencers on Expected Team Points. We start by including all the variables we explored for each of the position strategy articles. Then we throw in 1 more… value-based drafting.

It turns out that value -- where you pick a guy vs. ADP -- is actually the single greatest influencer on expected points. When value starts falling down the draft board, take advantage. Use our 2015 Rankings and ADP Explorer Tool to recognize and snatch up those big values when they present themselves.

The concept is simple. If someone gave you two 4th-round picks instead of a 4th and a 5th-round pick, you would take it every time. That’s the principle of getting players beyond their ADP when in a typical draft they wouldn’t be available.

Pick ADP Differential is the difference between where you got a player and his ADP. On average, for every round (12 picks) you can get a player beyond his ADP, you can expect a 4 point bump to your expected team points. This effect will be greater early in drafts when there is less variance in where a player is selected and more value in the available player pool.

A better measure, but maybe harder to process, is the Total Pick ADP Value. This takes into account the relative value of earlier picks as compared to later picks and the variation of where a player gets selected.

Beyond getting ADP value, we can take advantage of our other position-based strategies. In the combined model, the following, in order, are the greatest influencers:

Number of TEs based on TE1 selection

Notice that the WRs -- number drafted or where they’re drafted -- don’t have a high influence in our combined model. They essentially fill in the gaps of your draft that aren’t used by the other positions.

ROI comparisons of the top strategies for each position

What to do with your extra roster spot

Based on the data, our positional recommendations have identified what to do with 19 of your 20 picks. What to do with your 20th will largely depend on your specific roster: depth at each position, high injury risks, bye weeks, etc.

Here are your options for how to use that last roster spot -- and the expected point increase based on data from the last 2 seasons.

It’s very surprising, but a 4th Defense seems like a reasonable option. Without a larger sample, though, bolstering your WR or RB corps is also a viable strategy. You don’t live and die by the data, but making data-informed decisions is the way to get ahead of the pack.

Take all those positional strategies that we covered and put them into the context of value-based drafting. We recommended not taking a TE in Rounds 4 or 5, for example. But if you’re picking in the late 4th and Jimmy Graham is still sitting there, you should strongly consider him, especially since his ADP is in the mid-3rd.

Peyton Manning available in the 7th? Calvin Johnson hanging around late in the 2nd? Pull the trigger.

If you get Gronk in the mid-to-late 1st round, that’s good value. But it will be tough, based on ADP, to get value at RB in the 5th round. So, you should probably plan to get 2 more RBs late instead of reaching on a 4th RB in the 5th.

Remember, the data and recommendations in the positional strategy articles are general guidelines to improve your chances of winning or finishing 2nd in your league. They are not strict rules that you must adhere to.

That being said, here’s a general round-by-round strategy to use a guide in your MFL10 drafts. The positions in each round are listed in order from highest to lowest priority.

How everyone else is drafting

The rest of the pack is going much more WR-heavy early than our data recommends. That’ll help us load up on those RBs in the first few rounds.

You’ll also notice the QBs going in Rounds 2 through 5 -- Andrew Luck, Aaron Rodgers and Russell Wilson. Avoid those guys unless they drop well past ADP.

Our strategies in practice

Here’s the same graph looking at just the 40 teams DS Data Scientist Jason Phelps has drafted so far this year. This is the type of distribution you should be shooting for.

Putting all of this together into the perfect draft will give you much better odds of winning or placing in your MFL10 league than average. But as with most things in life, you can hit a string of bad luck. A great strategy could easily fall through due to player injuries or busts.

Remember that specific player selection makes the most difference. By playing in a high number of leagues and diversifying your player selection -- which should happen naturally when you target players who fall -- you can mitigate this risk and come close to matching the ROIs listed above.

Sign up here and good luck in your MFL10 drafts!