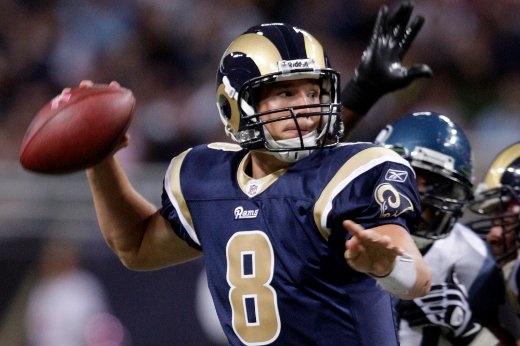 The Rams are 1 of the more intriguing teams for fantasy football guys like us.  Questions abound.  Is Sam Bradford ready to emerge as a viable fantasy starter?  How will the backfield shake out?  What kind of rookie-year impact will Tavon Austin make?

We had the privilege of talking to Joe Lyons of the St. Louis Post-Dispatch about what he's seen at Rams camp so far.  Here's what he had to say.

Draft Sharks: The Rams offense is a bit of a conundrum. Jeff Fisher has always favored a conservative, run-heavy system. But the personnel suggests a spread, pass-first attack. What are you seeing in camp so far, and what do you think the team's general offensive philosophy will be this season?

Joe Lyons: Coach Fisher has stressed the importance of the run game, but from what we've seen in camp, this team will spread the field with the short- and medium-range passing game and then run when it gets the opposing defense spread out.

The key with the Rams this year, I believe, will be trying to create mismatches and then exploiting them.

DS: Sam Bradford is in the same offensive system for a consecutive season for the first time in his pro career. Does he look more comfortable with his protections and reads? Do you think he's set up for a career year in 2013?

JL: Bradford seems to be much more comfortable, on and off the field. As you mentioned, being in the same offensive system, with offensive coordinator Brian Schottenheimer, should be a huge plus. Also, having a variety of weapons to exploit with the added speed and quickness should also help him take that next step.

I definitely think Bradford is primed for a big season, but he's also working with a lot of young, untested receivers. I believe a lot of his success will be tied to the development of guys like Tavon Austin, Stedman Bailey and Brian Quick.

DS: We haven't heard much about Tavon Austin since camp opened. How's he integrating into the offense?

JL: Austin is definitely as quick and explosive as advertised. And the Rams seem ready to do whatever it takes to get him the ball in space and let him make plays. I think he'll make an early impact on special teams and will have every opportunity to be a playmaker for the Rams.

DS: Perhaps the most important fantasy football storyline in St. Louis is the backfield. Do you see 1 guy emerging as the lead dog? Or will it be a committee attack with Daryl Richardson, Isaiah Pead and Zac Stacy?

JL: We'll all know a lot more about the running game after a preseason game or two. At this point, it's definitely looking like they'll go with some sort of committee that includes Richardson, Pead and Stacy. This is one position to watch closely during the preseason games. And remember, Pead will be sitting out the season opener vs. Arizona.

DS: We've heard consistent buzz about the Rams using Jared Cook all over the formation. How big of a role do you see him playing in the passing game this year?

JL: Cook has definitely been one of the better players during camp. He and Bradford seem to be building a bond that could make Cook the go-to guy when Sam feels pressure (much like he did in previous seasons with Danny Amendola). You just don't see many guys with the size-speed combination that Cook has and I think the Rams are anxious to take advantage of it.

DS: Brian Quick entered the league as a project, so his quiet rookie season wasn't a surprise. Do you think he's ready to make some noise this year?

JL: Quick has come a long way since last year. He's everything you look for in a receiver -- size, strength and speed. He still needs to be better at attacking balls in the air and winning those 50-50 battles with corners and safeties, but I would expect him to be much more of a contributor this season.

JL: The Rams figure to once again be one of if not THE youngest team in the league this year. With that in mind, and because of the strength of the NFC West, they may be a year or so away. But from a fantasy standpoint, there are number of players who could help, including Bradford, Cook, Chris Givens and Austin.

Another player to watch is K Greg Zuerlein, who should have more scoring opportunities and who has one of the strongest legs in the NFL.

A Reminder From Your FF Commissioner

The original Flappy Bird? Not a game but a topless Andre Smith.

Football fans got exactly what they wanted: A pair of Conference Championship games featuring the 4 best teams in the NFL. The 15th installment of Brady vs. Manning will get things started. Then it’ll be a battle between the 2 most tenacious teams in the league. Here are 10 things to know as we look ahead to the best day of football all year:

Manning vs. Brees vs. Brady in the Postseason

How do these 3 future Hall-of-Famers stack up when it comes to postseason performance? 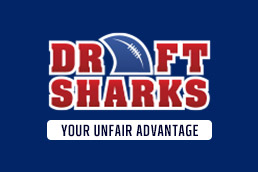 Planning on using a magazine for fantasy football advice? Read this before you ruin your season.