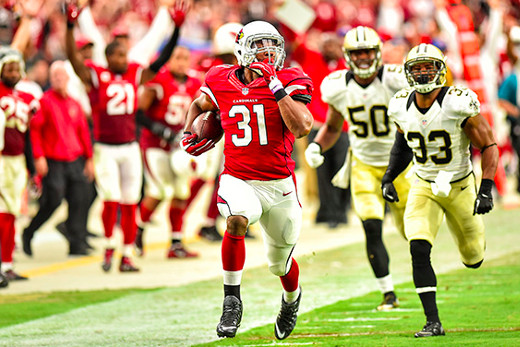 The fine folks at the FFPC and Fantasy Mojo were kind enough to invite me back for the 2016 Pros vs. Joes Challenge.

As the name suggests, the competition pits industry “Pros” (quotation marks definitely required there) vs. high-stakes veterans (called “Joes” probably for rhyming purposes). There are 6 leagues of 12-teams, each consisting of 6 Pros and 6 Joes.

FFPC rules are in play. That’s 1 PPR for RBs and WRs; 1.5 PPR for TEs. Starting requirements are as follows:

Pros vs. Joes is a best-ball league — optimal starting lineups, no waiver wire and no trades. The squad you leave the draft with is your squad for the entire season.

We’ve been digging into MFL10 best-ball strategy for the past year, including a recent podcast. I applied a lot of that knowledge to this draft, while adjusting for the rule differences, of course.

I drew the 5th pick in the November Rain draft. Check out the full draft results here. And give a listen to the High Stakes Fantasy Football Hour’s coverage of the draft.

Here’s a pick-by-pick look at how my squad turned out:

Johnson sits #2 overall on an FFPC MVP Board, behind only Antonio Brown. (The ability to start 4 RBs bumps them up the rankings). Easy pick here.

A much tougher decision here with both Freeman and Jamaal Charles on the board. Charles might be my pick in a month. But for now, I’m going with the healthy guy. Freeman figures to lose some carries to Tevin Coleman this year, but he’ll remain a huge part of the passing game and handle most of the goal-line work.

Was hoping to land Doug Martin or Mark Ingram at this spot, but they went with the 2 picks ahead of me. That left me deciding between 2 Packers: Cobb and Eddie Lacy. Cobb was the pick because he’s safer and filled a bigger need after starting with 2 RBs.

Sniped again with C.J. Anderson going 1 pick ahead of me. Forte is a fine consolation prize. I don’t expect huge rushing numbers, but OC Chan Gailey figures to maximize Forte’s pass-catching ability. He, Freeman and Johnson could give me 3 RBs who catch 50+ passes.

Pumped to land Floyd here as the 28th WR off the board. He sits considerably higher in our rankings.

The 1.5 PPR pushes TEs way up the rankings and ADP in FFPC leagues. Eight were already off the board at this point. Thomas got off to a slow start last year, but only 3 TEs scored more points in this format over the final 7 weeks.

As our data scientist, Jason Phelps, mentioned on the MFL10 strategy podcast, Gore usually marks the end of the RBs we feel comfortable with. Securing 4 lead backs is important in a best-ball league.

Crabtree isn’t a guy I’ve been drafting much this year. He’s not going to out-target Amari Cooper again. And he probably won’t score another 9 TDs. But I like Crabtree just fine as a WR3. He made sense as the 41st WR drafted here.

Continuing to add quantity at WR after a RB-heavy start. Snead might lose a few targets to new teammates Coby Fleener and Michael Thomas. But he’s earned Drew Brees’ trust and will remain a key cog in the Saints’ highly productive passing game. Snead turned in 8 top-36 WR weeks last year — tied for 24th most.

My biggest mistake in this draft was waiting too long on a 2nd TE. Sixteen of them flew off the board between the 7th and 10th rounds. Getting ASJ as the 24th TE selected could turn out to be a coup. But I’ll be hurting at the position if he loses the starting job to Cameron Brate.

It wasn’t a good spring for DGB, who was passed on the depth chart by newcomers Rishard Matthews and Tajae Sharpe. But he remains the biggest, most talented WR in Tennessee. And there’s plenty of time for him to win a starting job. Well worth the gamble in the 11th round as my WR5.

QBs plummeted in this draft, as they usually do in leagues with a bunch of sharp owners. I probably would have taken Drew Brees had he not gone 1 pick ahead of me in the 9th. I considered Blake Bortles and Carson Palmer in the 10th. Eli Manning was on my radar in the 11th.

But I was happy to come away with these 2 guys considering the minimal cost. Mariota scored as a top 12 QB in his 11 healthy games as a rookie last year. Tannehill ranked 8th among QBs in 2014 and was a still-decent 15th last season.

This rookie has some depth-chart climbing to do but could emerge as Baltimore’s top back. That’d give him big fantasy upside. Justin Forsett was sitting 15th in PPR points among RBs through 10 healthy weeks last year. Buck Allen ranked 3rd from Week 11 on.

The most boring pick of my draft. But Garcon is still slated to start for an offense that ranked 11th in passing yards and 13th in TDs last year. Garcon provided 7 top-36 WR weeks.

Our MFL10 research last year found that 3 DSTs was optimal. The volatility of the position makes quantity important. It’s even easier to roster 3 in the FFPC with 28 picks. The same logic applies at K, a similarly volatile position.

Rostering both Janis and Montgomery gives me a decent chance of landing Green Bay’s #3 WR.

Strong is coming off a good spring and might be the favorite for the #2 WR spot in Houston.

Blaine Gabbert won’t make it the entire year as the 49ers’ starter, right? I’m expecting Kaepernick to get on the field.

Williams has lots of competition for targets, but Baltimore invested a 2nd-round pick in him just a year ago. Carson Palmer liked what he saw from Fells this spring. 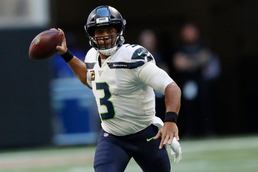 Let's examine recent fantasy scoring trends at QB -- and then dive into what it means for your 2021 fantasy drafts.