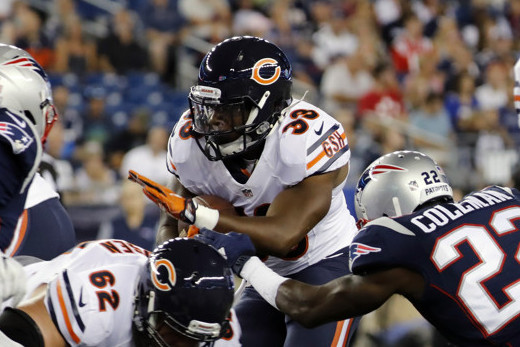 Bell moved up 3 spots in the RB rankings with his suspension reduced from 4 to 3 games. He’s now in middle-of-round-2 territory. But his ADP was already in the late 1st and figures to climb now. Bell remains a significant injury risk but could also be fantasy football’s top RB from Week 4 on.

Langford looked good in tallying 63 yards and a score on 9 touches in Thursday night’s preseason game against the Patriots. More importantly, he dominated 1st-team work, serving as Chicago’s lead runner, pass-catcher and goal-line back. If he’s going to be a 3-down back this year, Langford should at least be a solid RB2.

Michael turned in another strong outing in Seattle’s 2nd exhibition, carrying 10 times for 55 yards and adding a 9-yard catch. That followed HC Pete Carroll calling him part of "a little one-two punch that we're excited about.” It’s looking more and more like Michael will have a real role when the games start to count. Consider him an upside bench stash for your fantasy squad.

These guys are virtually locked in as top 3 WRs in Tennessee after the team dealt Dorial Green-Beckham to Philadelphia. And they’re both basically free in drafts. Matthews is going in the 14th round; Sharpe in the 17th.

Boyd’s opportunity keeps growing — first with Tyler Eifert’s ankle surgery, then with Brandon LaFell’s injured hand. The rookie could open the season as Cincinnati’s #2 target. He’s shown well in the preseason with 3 catches for 78 yards and a score through 2 outings.

Adams has had an uneven training camp if you believe the Twitter play-by-play. But he was recently talked up by HC Mike McCarthy and is in line to enter the season as Green Bay’s #3 WR. That role alone makes him worth a shot at his 16th-round price tag.

Pryor the WR might actually be happening. He made his 2nd long catch of the preseason on Thursday night, hauling in a 50-yard TD from QB Robert Griffin. Pryor is in line to open the season in Cleveland’s starting lineup. We’ll see what happens when Josh Gordon returns, but the former QB is an intriguing late-round flier.

What looked like a serious elbow injury only cost Mitchell a few days of practice. The rookie is in line for a Week 1 starting job, which makes him worth stashing late in drafts.

This 2015 undrafted free agent is currently 3rd on San Diego’s WR depth chart. Williams is a 6'4, 205-pounder with sub-4-4 speed and a 39.5-inch vertical. Week-to-week consistency figures to be tough to come by, but he could turn in a few big games.

Mariota’s passing upside took a slight hit with the departure of WR Dorial Green-Beckham. DGB was Tennessee’s most physically gifted WR, especially as a red-zone weapon.

Wentz suffered a hairline rib fracture in the preseason opener and missed the team’s 2nd exhibition. He was a long shot for the Week 1 starting job anyway, but the missed time hurts his chances of getting on the field at any point this year.

Jones suffered a sprained AC joint in his shoulder in Friday night’s preseason game. We don’t yet know the severity or how long he’ll be out. Until we do, there’s added risk to an already unproven player.

Bell’s suspension reduction means we only know we’re getting 3 useable weeks from Williams now. Beyond that, though, he remains the most valuable handcuff in fantasy football.

West played clearly behind Spencer Ware in Kansas City’s 1st preseason game. He’d still be involved in the case of a Jamaal Charles injury, but Ware is the preferred handcuff.

At this point, the rookie doesn’t look likely to make an early-season impact. He hasn’t run at all with the 1st team through 2 preseason games. And he’s averaged just 3.6 yards per carry against backup defenders.

A quad issue has kept this rookie out of Philly’s first 2 preseason games. He’s in a battle just for the 3rd spot on the depth chart and is off the redraft radar for now.

The Eagles’ trade for Dorial Green-Beckham says a lot about their faith in Agholor, who’s had a disappointing offseason according to the Philly media. He’s barely worth considering in redraft leagues and will need to fend off DGB for a starting job.

Green-Beckham heads from 1 run-first offense to another. And Philly brings a new system to learn and a QB downgrade.

LaFell has a torn ligament in his hand. It’s still unclear whether he’ll undergo surgery. HC Marvin Lewis believes LaFell could be back in time for Week 1, but he might be behind Tyler Boyd in the pecking order by then.

Janis is expected to be sidelined 4-6 weeks with a fractured hand. That kills any chance he had of winning the #3 WR job. He was reportedly having a disappointing camp even before the injury.

Brown was suspended 1 game for violating the league’s personal conduct policy — the result of a domestic violence charge last year. Look elsewhere for your Week 1 kicker. 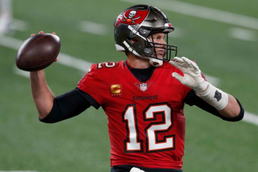