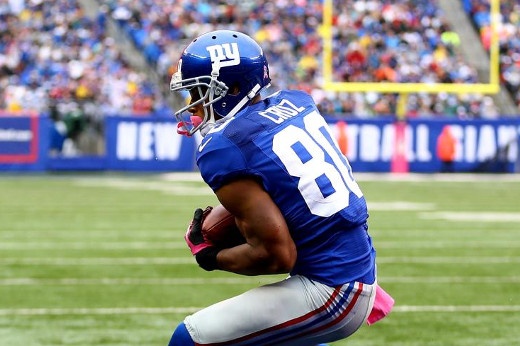 Note: We covered the impact of the Kelvin Benjamin injury in this article, so Panthers will not appear here.


Stock Up - These players have moved up the Draft Sharks rankings over the past week.

Taylor, Buffalo’s best QB in training camp according to most observers, fared well as the starter in the team’s 2nd preseason game. He completed 7 of 10 passes for 65 yards and didn’t turn it over. More importantly for fantasy owners, he reminded us of his rushing ability with 4 carries for 41 yards. That included a read-option run for 21. Taylor looks like the favorite to be under center come Week 1, although the Bills won’t make an announcement until just prior to that game.

The rookie looked like Tennessee’s best RB in the preseason opener, ripping off 53 yards on 11 carries. That all came with the 2nd and 3rd-team offenses, but Cobb is expected to get some run with the starters in the 2nd exhibition. He’s capable of pushing RB Bishop Sankey for the starting job.

Johnson inked a 1-year deal with the Cardinals this week. His role is still completely up in the air, and we’re not sure there’s much left in his tank. But there’s opportunity in Arizona with the injury-prone Andre Ellington and rookie David Johnson atop the depth chart.

Cruz declared his knee 100% and is now practicing without restrictions. He still has an ugly history of patellar tendon injuries working against him, but he’s worth a shot if he drops into the double-digit rounds of drafts.

Both Bears WRs got healthy bumps up the rankings after we learned that Kevin White needed surgery to repair a stress fracture in his leg. Royal, who has impressed all summer and has experience with QB Jay Cutler, is the favorite for the #2 WR spot. That gives him spot-start potential, especially in PPR. Wilson boasts intriguing size and athleticism but is still largely unproven. He remains just a late-round bench stash for now.

HC Sean Payton dubbed Coleman the most impressive player in training camp. It looks like he’s in the lead for #3 WR duties, which puts him squarely on the sleeper radar. The 6’6, 225-pounder could be a nice red-zone target for a team that lost TE Jimmy Graham this offseason.

Carrier was traded from San Francisco to Washington on Friday night. The former undrafted free agent has just 9 NFL catches but is an elite athlete. He should eventually win the #2 TE job behind the injury-prone Jordan Reed.


Stock Down - These players have moved up the Draft Sharks rankings over the past week.

RG3 left Thursday night’s preseason game with a concussion. Before that, he completed just 2 of 5 passes for 8 yards, was sacked 3 times and lost a fumble. Griffin and the Washington offensive line looked like a mess. HC Jay Gruden said afterward that Griffin remains the starter when healthy, but it’s tough to like him even as a QB2 after this showing.

Cassel appears to have fallen behind Tyrod Taylor in the race for the Week 1 starting job. Cassel isn’t a fantasy option even if he does get the nod.

McCoy injured his hamstring in practice on Tuesday. He’s tentatively expected back for Week 1, but hammies can be tricky. The missed time also isn’t ideal for a guy settling into a new offense.

Spiller had arthroscopic knee surgery last Friday. He’s expected to be ready for the regular season, but this isn’t a good look for a guy who’s had plenty of injury problems. It’s worth noting, though, that Spiller has never had a significant knee issue. Still, the missed time will leave him as a risky early-season fantasy starter.

Arizona’s backfield got more crowded with the arrival of RB Chris Johnson. Rookie RB David Johnson also returned to the practice field this week. Ellington remains the favorite to lead the way in touches, but he’s a shakier fantasy pick now than he was a week ago.

The rookie returned from his hamstring injury this week, but not before the Cardinals added RB Chris Johnson. If the veteran captures any kind of significant role, it’d leave Johnson 3 rd on the depth chart.

White underwent surgery to repair a stress fracture in his lower leg. He’ll be placed on the PUP list, costing him at least the first 6 games of the season. There’s a chance that the rookie doesn’t play at all this season. He’s only worth late-round consideration in deep fantasy leagues.

Perriman remains sidelined since suffering a knee injury on the 1 st day of training camp. Baltimore is calling it a strained knee tendon. Perriman missed the 1st preseason game, won’t play in the 2nd and is iffy for the 3rd. There’s still plenty of upside here, but it’s tough to imagine this rookie being a reliable early-season fantasy play.

Randle had to exit the 1 st preseason game and has been missing practice time with knee tendinitis. He’s also become a shakier fantasy bet as it’s started to look more and more like Victor Cruz will be a factor this year.

Harvin needed an injection in his hip that’s been bothering him for most of camp. Remember that he missed the entire 2013 regular season after undergoing hip surgery. Even before this issue, Harvin was running as Buffalo’s #3 WR. He’s nothing more than a late-round flier in fantasy drafts.

Toon appears to have been beaten out for the #3 WR job by Brandon Coleman. In fact, insider Nick Underhill believes Toon might be as low as 6th on the depth chart. He’s not worth rostering in redraft leagues.

Holmes is expected to miss 3-4 weeks with a fractured hand. He wasn’t a fantasy option anyway.

Thomas fractured his hand in Jacksonville’s preseason opener. He’s tentatively expected back for Week 1, but the missed time isn’t ideal for a guy learning a new offense and working with a new QB. Draft Thomas only as a low-end TE1.

Amaro is “week to week” after spraining his shoulder in last week’s preseason game. That pretty much kills his chances of being an early-season fantasy option. He’s not worth drafting.