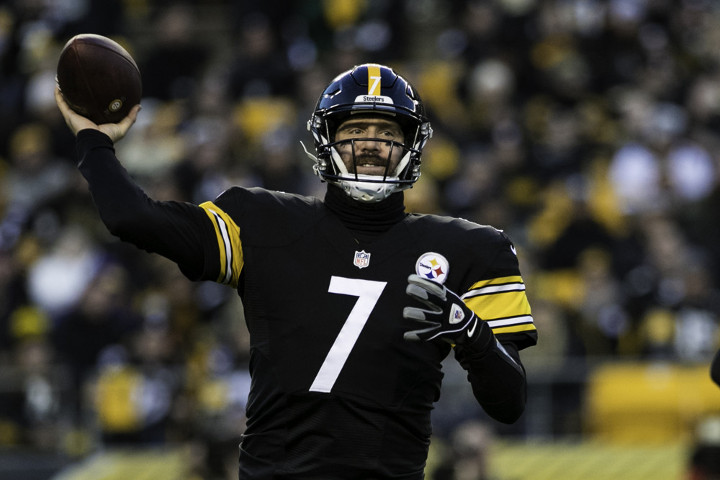 The week started with a report that Roethlisberger had altered his throwing motion after last year’s elbow injury. It ended with a glowing review of his performance at Wednesday’s practice. Roethlisberger’s arm is “more than just fine,” The Athletic’s Mark Kaboly wrote. Reports like this are all we have to go on with no preseason games this year. But it sure sounds like we might get vintage Big Ben in 2020.

HC Bruce Arians talked up Jones’ pass protection this week. That’s huge. He struggled in that department last year — and it’s only more important now that Tom Brady is under center. It continues to look like Jones will open the season as Tampa’s clear lead back.

Miles Sanders’ lower-body injury — while not serious — was a reminder that Scott is just 1 injury away from a significant role in a strong offense. We nudged him up the RB rankings a few spots.

Harris has taken full advantage of Sony Michel and Lamar Miller’s absences in camp so far. He’s been running with the starters and impressing as a runner and pass-catcher. Harris "continues to stack good days together and might be New England’s best skill player through two days [of padded practices]," insider Evan Lazar wrote.

The buzz on Aiyuk continued this week. And his path to targets got even easier when WR Jalen Hurd suffered a season-ending torn ACL. At this point, Aiyuk is the odds-on favorite to open the year as San Francisco’s #1 WR.

It’s been tough to read anything coming out of Bucs camp and not see Miller’s name. The 2019 6th-rounder has caught a bunch of TDs from Tom Brady and looks like the favorite for #3 WR duties. That probably won’t be enough to make him a fantasy factor, but he’s at least worth keeping an eye on.

Herndon has been a standout at camp so far, drawing praise from his HC and the New York media. The New York Daily News' Charles McDonald expects Herndon to be "a huge piece” of the Jets’ passing game this season. He’s a recommended TE2 target with the potential to emerge as an every-week fantasy starter.

Josh Oliver’s season-ending broken foot locks Eifert in as Jacksonville’s lead TE. He’s still not an exciting fantasy pick but is worth considering in deep drafts — and especially in the FFPC.

HC Matt LaFleur says Tonyan is "absolutely" in the mix for the Packers’ starting TE job. Jace Sternberger fell behind a bit after spending the first 2 weeks of camp on the COVID list. We’re still expecting him to lead Packers TEs in fantasy points this season, but it's a situation to monitor over the next few weeks.

The Giants signed Gano and released K Chandler Catanzaro this week. Gano missed all of 2019 with a knee injury, so we’d still look elsewhere for your Week 1 fantasy K.

Green is the last guy we wanted to see dealing with a soft tissue injury in camp. After missing all of 2019 with an ankle injury, he’s now sidelined with a hamstring issue. We’ll see when he’s able to get back on the field, but we had to dump him down the WR rankings to account for his downside.

The rookie is reportedly off to a slow start and is still working primarily with the 2nd-team offense. "He hasn’t played poorly, but against second-level competition, he should stand out more if he’s to prove to have an immediate rookie impact," The Athletic’s Arif Hasan wrote. Jefferson certainly isn’t the 1st rookie to stumble out of the gate. We still expect him to finish 2nd among Vikings WRs in fantasy points this year. But he might not be a guy we can stick in lineups early on this season.

He suffered a torn ACL in practice on Sunday. Hurd will miss the entire 2020 season after missing all of 2019 with a back injury.

The rookie is expected to miss "a couple of weeks” with a hamstring injury, HC Vic Fangio said. That hurts Hamler’s chances of making an early-season impact.

Hockenson admitted that he still doesn’t feel 100% recovered from last year’s ankle injury. Reports from Lions camp have him looking just fine on the field, though. We nudged Hockenson down the TE rankings a few spots, but he’s still a fine target at his 13th-round ADP.

He was placed on IR after breaking his foot in Sunday’s practice. 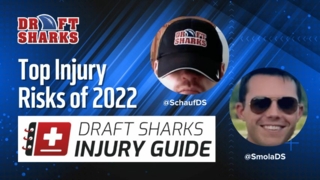 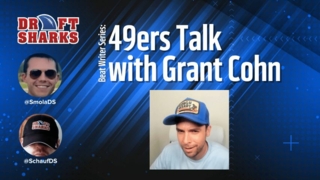 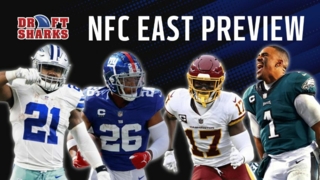 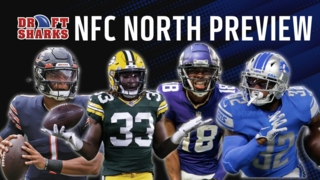 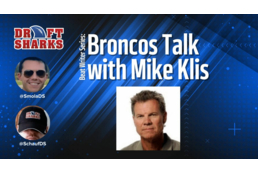 Russell Wilson changes things in Denver ... but how much? And who should we expect to lead tight situations at RB, WR and TE?