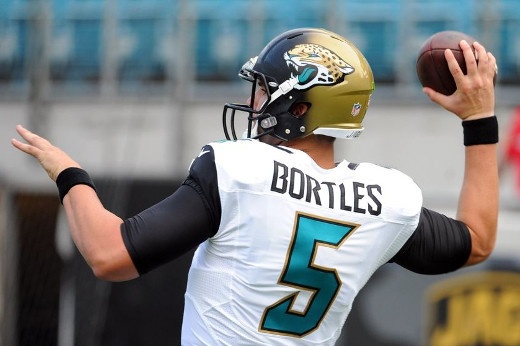 Note: We covered the fantasy impact of Jordy Nelson’s season-ending torn ACL in this article, so Packers will not appear here.


Stock Up - These players have moved up the Draft Sharks rankings over the past week.

Hoyer was named Houston’s starter this week. But a run-first offense and weak pass-catching corps leave him as a bottom-end QB2 in fantasy football.

He looked like rookie-year Martin in Monday night’s preseason game against the Bengals, carrying 6 times for 59 yards. He’s locked in as the lead back in what should be a much improved offense this season. Martin is a nice target in the 6th round of drafts.

A couple of insiders, Aaron Wilson and Jayson Braddock, reported this week that Foster could be back in the Week 2-4 range. There’s obviously plenty of injury risk beyond that. But Foster is a potential RB1 for 12+ games that you can get in the 6th or 7th round.

Ivory has been climbing the rankings all summer. He got another bump this week with a report that he expects to be more involved in the passing game this season. Ivory won’t turn into a PPR dynamo, but a few extra grabs would help his value across formats.

Hillman has been impressive this preseason, averaging 7.5 yards on 16 carries. He’s ascended to the #2 spot on the depth chart, which makes him worth stashing in case of a C.J. Anderson injury.

The rookie debuted in Arizona’s 2nd preseason game, carrying 13 times for 66 yards and catching 2 balls for another 15. With Chris Johnson (hamstring) sidelined, this Johnson is the favorite to enter the season as the #2 RB behind the injury-prone Andre Ellington.

Jackson returned from his hamstring injury this week, which puts him in line for the #2 spot on the depth chart. That role is more intriguing considering starter LeSean McCoy is still out with his own hamstring injury.

Lorenzo Taliaferro is expected to miss “a few weeks” with a knee injury. That opens the door for Allen to capture the backup job to Justin Forsett. One of the best pass-catching RBs in this year’s rookie class, Allen is a nice fit in OC Marc Trestman’s offense.

Wheaton has been buzzing all summer. Now he’s locked in as Pittsburgh’s #2 WR while Martavis Bryant serves his 4-game suspension. Wheaton flopped in that role last year but is still just 24 and entering his 3rd NFL season. He caught 3 of 4 targets for 42 yards and a score in last week’s preseason game.

Dorsett has pulled ahead of Donte Moncrief for #3 WR duties, according to insider Stephen Holder. The rookie has been busy this preseason, hauling in 7 of 11 targets for 72 yards. His big-play ability in a top-notch passing game makes Dorsett a nice late-round target in best-ball leagues.

Wayne inked a 1-year deal with the WR-depleted Patriots. He has a good shot to carve out a role in New England, but we’re not betting on much fantasy value. The 36-year-old averaged 12.2 yards per catch and finished 103rd among 110 WRs in Pro Football Focus’ receiving grades last year. Wayne played 20 snaps in Friday’s preseason game but finished catch-less on 1 target.

Amendola – shockingly – has been New England’s healthiest WR this summer. He could open the season in a significant role. Note that Amendola caught 4+ balls in 4 of his final 5 games last year.

Aiken looks like the favorite to open the season as Baltimore’s #2 WR with Breshad Perriman still out with his knee injury. Aiken has just 24 career catches (all last year) but goes 6’2, 215 pounds with 4.5 speed.

It looks like Denver will roll with McManus this year after cutting Connor Barth. The Broncos offense gives McManus plenty of fantasy upside, but he went just 9 of 13 on FGs last season. We’d target safer options for now.


Stock Down - These players have moved down the Draft Sharks rankings over the past week.

Big Ben was a fantasy stud after WR Martavis Bryant joined the squad last year. Bryant’s 4-game suspension to open this season will leave Roethlisberger as more of a low-end QB1 those weeks – especially the first 2 without RB Le’Veon Bell. Roethlisberger dropped below Drew Brees in our QB rankings.

Mallett was beaten out for the starting job by Brian Hoyer. Ignore him in fantasy drafts.

Cobb suffered a calf injury this week that kept him out of Tennessee’s 3rd preseason game. That halts the rookie’s momentum and means he’ll likely open the year as the #2 RB behind Bishop Sankey.

Johnson suffered a hamstring injury that cost him Arizona’s 2nd preseason game. He’s expected to make the team but will likely open the season 3rd on the depth chart. Johnson isn’t worth drafting.

Zo is expected to miss a “few weeks” with a knee injury suffered in the 2nd preseason game. That opens the door for rookie Buck Allen to capture the #2 RB job.

Ball has fallen well behind Ronnie Hillman and the depth chart and could start to get pushed by Juwan Thompson. The former 2nd-rounder is off the fantasy radar.

Brandon Bolden operated as New England’s 1st-team passing-down back in the 3rd preseason game. Dion Lewis was the 2nd one in at that spot. White didn’t even see the field as far as we could tell. He’s not worth rostering right now.

Evans suffered a hamstring injury on Monday night that’s expected to keep him out the rest of the preseason. That’s a bit troublesome for a young WR working with a rookie QB. Evans and Winston will enter Week 1 having yet to hook up during a live game (0 for 5 with an INT). We lowered Evans’ projections a tad, which knocked him below Brandin Cooks and T.Y. Hilton in the PPR rankings.

Edelman remains sidelined since injuring his leg in early August. He admitted this week that he’s not sure if he’s in playing shape. It doesn’t sound like he’s a lock to be available come Week 1. Edelman is overvalued at his 4th-round ADP.

Bryant was slapped with a 4-game ban for “multiple failed marijuana tests,” per NFL Network’s Ian Rapoport. That obviously knocked him down our rankings, but he remains in lower-end WR3 territory. He might actually turn into a better value now if the suspension knocks his ADP into the 8th or 9th round.

White underwent elbow surgery on Monday. HC Dan Quinn described it as a “scope” and said that White is expected to be ready for the season opener. It doesn’t sound like a big deal on its own, but it’s another red flag on a guy whose body seems to be falling apart.

The rookie is still sidelined with that knee injury he suffered on the 1st day of camp. HC John Harbaugh admitted on Thursday that there’s still no timetable for Perriman’s return. He won’t be a reliable fantasy option early this season – whenever he actually gets back on the field. Perriman is only worth targeting in the double-digit rounds as a bench stash.

LaFell has been sidelined essentially all offseason with a foot issue that we still don’t know much about. The outlook for him turned decidedly negative among Patriots beat writers this week, with Christopher Price and Mike Reiss suggesting that LaFell could open the season on the PUP list. That’d cost him the first 6 games. LaFell is just a late-round bench stash.

Moncrief has fallen behind Phillip Dorsett for the #3 spot on the depth chart, according to insider Stephen Holder. The battle isn’t over yet, but Dorsett is the better late-round flier right now.

Walsh went 0 for 3 on FGs and missed an XP in Minnesota’s 2nd preseason game. His job is safe for now, but go with a safer K for your fantasy team.

Barth was cut by the Broncos and signed by the Bucs on Wednesday. He’s the favorite for the starting job in Tampa but will be kicking for a much worse offense.