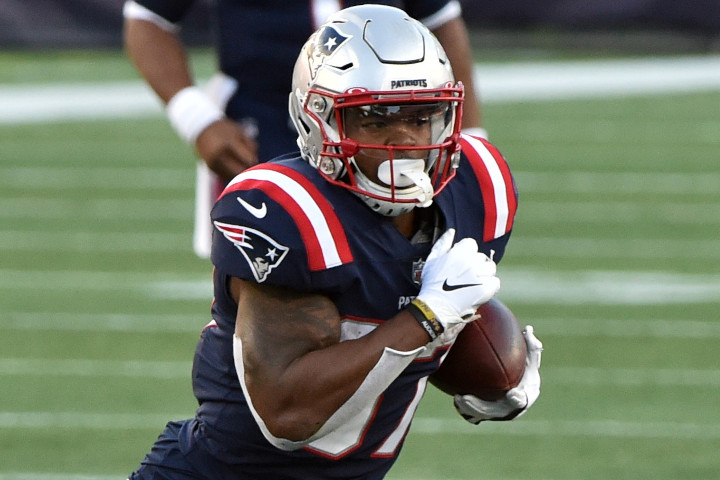 These 3 top Baltimore’s depth chart after J.K. Dobbins’ season-ending torn ACL. Edwards should be the clear lead ball-carrier and looks like a solid RB2. Williams is reportedly 2nd in line for touches and is a nice late-round flier.

The move from Cam Newton to Mac Jones frees up a bunch of carries -- and, more importantly, goal-line work -- for Harris.

Atlanta swapped out Qadree Ollison for Gallman this week. Gallman had a solid season for the Giants last year and is next in line for the Falcons if Mike Davis gets hurt or falters.

James White Jakobi Meyers, Nelson Agholor, Jonnu Smith and Hunter Henry all get a boost with New England’s move from Cam Newton to Mac Jones. The Patriots ranked 31st in pass rate last year but should be closer to league average in 2021.

He’ll open the season as 1 of Indianapolis’ top 3 WRs with T.Y. Hilton sidelined by a neck injury. Pascal probably won’t be a redraft option but might emerge as a cheap DFS play.

Buffalo dumped TE Jacob Hollister this week, leaving Knox as the clear top dog at the position. The strength of the Bills’ passing game could make him a spot-start option this season.

After his 2-score outing in the 2nd preseason game, Freiermuth matched TE Eric Ebron in pass routes with the 1st-team offense in the 3rd. The rookie might have already worked himself into a significant role.

These guys top Minnesota’s depth chart after Irv Smith’s (likely) season-ending knee surgery. Conklin figures to open the season as the Vikings’ starter, but Herndon’s role will be worth monitoring.

He’s left as the Jets’ top TE after Chris Herndon was dealt to Minnesota. Kroft isn’t an exciting talent but has a chance to hit the fantasy radar, at least in deeper leagues.

He was dumped by the Bills but signed with the Jaguars a couple of days later. With James O'Shaughnessy, Chris Manhertz and Luke Farrell the competition for snaps, Hollister could quickly emerge as Jacksonville’s starter.

Carolina traded for Santoso, who will open the season as the starter.

He beat out Nick Folk for the starting job in New England. Nordin connected on just 72% of his FG tries at Michigan and went 6 of 8 this preseason.

Lance is sidelined with a small “chip” in a finger on his throwing hand. The ‘Niners are hoping to get him back on the practice field next week, but this injury likely killed any chance he had of winning the Week 1 starting job. Lance should still take over at some point this season, but fantasy owners will need to be patient.

Watson remains a Texan and reportedly might just be a healthy scratch all season. He’s not worth a roster spot right now.

Newton was surprisingly released by the Patriots and remains unsigned as of this writing. He figures to latch on somewhere -- but Houston looks like the only spot that’d give him a chance to start early this season.

Dobbins tore his left ACL in the 3rd preseason game and will miss the entire 2021 season.

Houston kept 5 RBs (Phillip Lindsay, Mark Ingram, David Johnson, Rex Burkhead and Scottie Phillips) on their roster and will use at least 3 of them to open the season. Avoid this backfield.

Bernard is dealing with what NFL Network’s Tom Pelissero called a “mild” high-ankle sprain. We’ll see just how “mild” it is -- but Bernard is at least in danger of missing Thursday night’s opener vs. the Cowboys.

Cohen landed on the reserve PUP list, which means he’s out for at least the first 6 games of the season. He’s not worth stashing on fantasy rosters.

Hilton is out at least 3 weeks -- and “probably” longer -- after undergoing surgery to alleviate a disc issue in his neck. He’s not worth stashing in most fantasy leagues.

Smith underwent surgery on Wednesday to repair a meniscus injury. He’s expected to be sidelined for 4 months, which means he’ll likely miss the entire 2021 season.

Engram hurt his left calf in Sunday’s preseason finale. The Giants are reportedly still deciding whether to place him on short-term IR, which would cost him the first 3 weeks. At minimum, Engram seems unlikely to play in the opener.

Firkser played almost exclusively in 3-TE sets this preseason. If that usage continues into the regular season, he’ll be virtually impossible to trust in fantasy lineups.

Ebron might already find himself in a committee with TE Pat Freiermuth. The rookie’s role only figures to expand over the course of the season -- likely at Ebron’s expense.