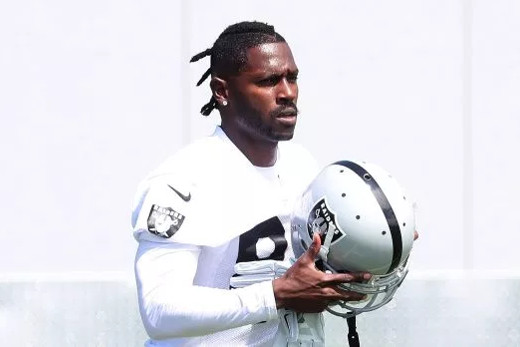 The departure of RB Duke Johnson supercharges Chubb’s pass-catching upside. We’ll just have to see if Cleveland is willing to use him in a 3-down role. In Thursday night’s preseason opener, Chubb carried once and caught his 1 target for 14 yards on his lone series. But RB Dontrell Hilliard caught 2 balls on that drive and could siphon some targets come the regular season.

He was super impressive in his preseason debut on Thursday night, flashing vision, tackle-breaking prowess and pass-catching ability on his way to 46 yards and a TD. We still have some volume concerns for Montgomery in a backfield alongside Tarik Cohen and Mike Davis. But the rookie boasts exciting fantasy upside if he gets the rock enough.

RB Jerick McKinnon is expected to be sidelined another 2 weeks after receiving a platelet rich plasma injection in his troublesome knee. That gives Coleman and Breida more time to separate themselves as San Francisco’s top 2 backs.

Instead of playing behind Nick Chubb (and then Kareem Hunt), Johnson now finds himself behind only Lamar Miller in Houston. Johnson should at least dominate passing-down work in his new backfield. And it’s possible he earns a bigger ball-carrying role than he ever had in Cleveland.

The rookie has been a standout in camp and has already been getting 1st-team reps. Pollard probably won’t be a fantasy option if Ezekiel Elliott is around. But if Zeke’s holdout extends into the regular season, Pollard looks like the best fantasy bet in Dallas’ backfield.

HC Dan Quinn said the #2 spot on the RB depth chart is up for grabs between Hill, Ito Smith and rookie Qadree Ollison. Hill has taken 19 carries for 80 yards (4.2 YPC) and a score through 2 preseason games. He might end up being the handcuff to Devonta Freeman.

The Duke Johnson trade leaves Hilliard #2 on Cleveland’s depth chart at least until Kareem Hunt’s 8-game suspension is over. The Tulane product racked up 70 grabs over 4 college seasons. And in Cleveland’s preseason opener on Thursday night, Hilliard caught 2 balls for 28 yards on QB Baker Mayfield’s lone drive. He might be in line to play a pass-catching role this year.

Antonio Callaway’s 4-game suspension locks Higgins in as Cleveland’s #3 WR to open the season. That’s at least enough to make him worth considering near the end of best-ball drafts.

He applied for reinstatement from his indefinite suspension this week. We’ll see if Commissioner Goodell is willing to give Gordon another shot, but he’s worth a late-round flier now. Gordon ranked 28th among WRs in PPR points over his 11 games with the Patriots last year.

HC Jay Gruden gushed about McLaurin this week. And The Athletic’s Ben Standig projects the rookie to be a Week 1 starter. Add him to your list of potential late-round draft targets.

OC John DeFilippo talked up Chark’s improvement from the spring to the summer this week. Last year’s 2nd-rounder has been running with the starters throughout camp and looks set to play a big role this season.

He’s reportedly been the best of Arizona’s 3 rookie WRs in camp. The Athletic's Scott Bodrow went as far as to call Johnson the Cardinals' "clear" #3 WR, behind Christian Kirk and Larry Fitzgerald. He’s worth a look near the end of your draft.

The undrafted rookie was the talk of Patriots training camp this past week. He ran with the starters in practice — and then tallied 69 yards and 2 scores in Thursday night’s preseason opener. Meyers seems to have a real shot to carve out a significant role this year.

He got a small volume boost with the departure of RB Duke Johnson and climbed ahead of TE Eric Ebron in our PPR rankings.

He remains sidelined with his calf injury and isn’t expected to practice the next few days. HC Frank Reich said Friday that Luck is still experiencing pain in the calf. Insider George Bremer reported that the team is still “confident” and “optimistic” that Luck will be ready by Week 1. But he becomes a riskier fantasy pick the longer he’s sidelined.

We nudged Carr down the QB rankings with the uncertainty surrounding WR Antonio Brown.

He climbed the rankings after the release of D’Onta Foreman … then dropped with the arrival of Duke Johnson. Johnson is a virtual lock to handle most of the pass-catching work. And he might be a bigger early-down threat than Foreman.

McKinnon tried to get back on the practice field this week — but he quickly experienced discomfort in his surgically repaired knee and received a platelet rich plasma injection on Thursday. HC Kyle Shanahan is hoping to get McKinnon back in 2 weeks but wouldn’t even commit to him behing ready for Week 1.

He’s battling for the #2 spot on the depth chart with Brian Hill and rookie Qadree Ollison, HC Dan Quinn said. Smith isn’t worth drafting outside of deep leagues right now.

He goes from Houston to a much more crowded backfield in Indianapolis. Foreman is definitely behind Marlon Mack and Nyheim Hines on the depth chart and will need to battle Jordan Wilkins for the #3 spot. Foreman isn’t worth rostering in redraft leagues right now.

The soap opera took another strange turn on Friday when we learned that Brown is threatening to retire if he can’t wear his preferred helmet. He spent 2 hours trying to convince the league of his position in a conference call on Friday, and a decision is expected next week. This is all in addition to the foot issue that’s had Brown sidelined. We'll continue to watch this one with amusement but want nothing to do with Brown in drafts right now.

He’s had a “rough camp," according to the Santa Rosa Press Democrat's Grant Cohn. Pettis was even demoted to the 2nd team in 1 practice this week. We’re still expecting him to lead 49ers WRs in targets this season but are tapping the brakes a bit on a breakout.

He was slapped with a 4-game suspension for violating the league’s substance abuse policy. That might explain why Callaway has been running with the 2nd team in camp. And now he's sidelined with a high-ankle sprain. Callaway isn't worth a roster spot in redraft leagues.

He’s struggled in training camp, prompting The Athletic’s Connor Hughes to write, “it’s hard not to see the kicker costing the Jets games if he’s the guy in the regular season.” Catanzaro then missed a pair of XPs in Thursday night’s preseason opener. Look elsewhere for your fantasy K.