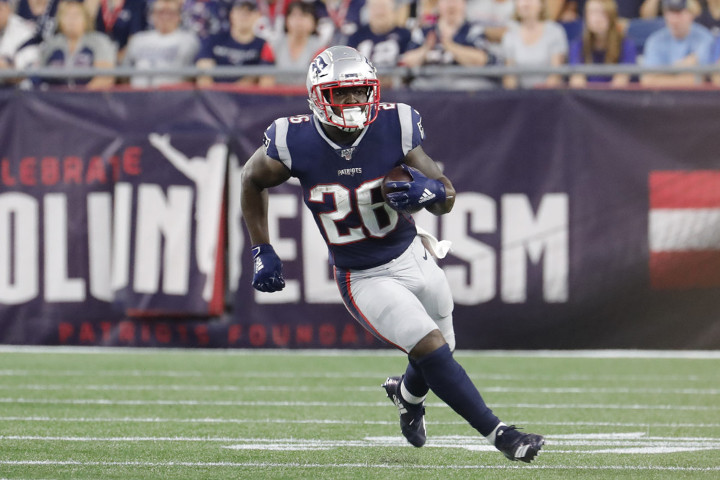 We’re now expecting Taylor to start the majority of the Chargers’ games this season. Rookie Justin Herbert simply won’t have much time to prove himself in this COVID-shortened offseason. And assuming Taylor gets the Week 1 nod, he could get on a roll against a relatively soft schedule prior to the Week 10 bye.

He inked a 1-year deal with the Pats this week. Miller was placed on the PUP list, so he’s not fully recovered from last August’s torn ACL. If healthy, though, he has a chance to carve out a role in a backfield that seems wide open with Sony Michel working back from foot surgery.

He was activated from the PUP list, putting him on track to play Week 1. Landry is a nice value at his WR34 ADP.

Edwards appears here for the 2nd straight week. He drew praise this week from both beat writer Vic Tafur and QB Derek Carr, who compared Edwards to Davante Adams. The rookie has a shot to open the season as a starter in Vegas’ 3-WR sets and is a viable late-round flier.

Dissly is back on the field after last October’s torn Achilles. He figures to open the season behind Greg Olsen on the depth chart but is worth monitoring over the next month.

We’re no longer expecting Herbert to hit the field until sometime after the Chargers’ Week 10 bye.

The Lamar Miller signing is bad news for Michel, Harris or both. Michel remains on the PUP list after May foot surgery and is “no sure thing” for Week 1. Harris remains a question mark after carrying just 4 times as a rookie.

The Athletic's Ed Bouchette isn’t sure Samuels will make the Steelers’ final roster. He’s not worth a pick in fantasy drafts.

The rookie is sidelined with a hamstring injury. We’ll see when he’s able to get back on the field, but he can’t afford to miss much time if he wants to win a significant Week 1 role.