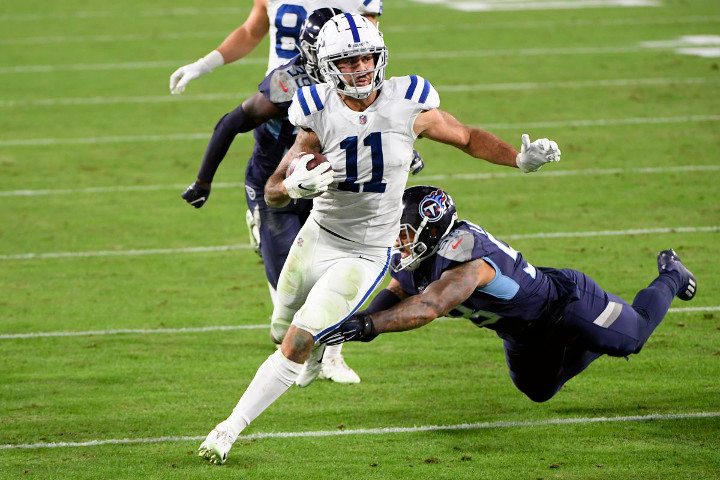 You don't want to just win your fantasy league. You wanna crush your fellow owners. Make them not wanna play in the league next year. Maybe quit fantasy football altogether.

If you're taking that mindset into draft day, here are the high-upside league-winners to target in each of the first 10 rounds.

Once the RB3, Barkley’s fallen to late Round 1 in many mid- to high-stakes drafts. He even slips to Round 2 in some leagues.

But we’re looking on the optimistic side. And along those lines, Barkley’s looking good in his return to the field. He’ll be a little over 10 months removed from ACL surgery come the opener -- within the range for NFL players to return.

Note that Barkley said back in December that doctors were able to “save” his meniscus. In essence, they did a full repair, rather than a partial repair that would’ve left the 24-year-old more vulnerable to future issues.

So yes, he might miss a few games. But a 17-game season helps just a bit. It’s also comforting to know that Barkley’s already produced at an elite level (RB1, 2018).

Also noteworthy: Barkley ranks 4th among RBs in ceiling projection behind CMC, Dalvin Cook and Zeke Elliott — all guys getting drafted well before the Giant.

If you’re not aware of our obsession with Mixon, it’s probably your first day as a Draft Sharks subscriber. (Welcome!)

I wrote his player profile back in the spring. In short, Mixon brings youth, a 3-down skill set (and likely a 3-down role) to a loaded Cincinnati offense. That screams upside.

You can point to Mixon’s health or a shaky O-line as negatives. But the guy missed 4 games over his first 2 seasons before playing a full slate in 2019.

He's a late 1st/early 2nd round value that you can usually get in the middle or end of Round 2.

His performance has simply been confirmation of what we’ve known: Lamb’s a stud.

Lamb’s lightning quicks showed up last year en route to 74-935-5. And that was with only 4 full games from Dak Prescott. A healthy Dak figures to boost Lamb’s efficiency. And a lot of volume concerns can be put to rest with Dallas likely to again rank near the top of the league in pass attempts.

Evans gets the nod here for his TD upside.

Last year, he came down with 13 scores — a career high. He benefited from 17 end zone targets — tied with Rob Gronkowski for 5th most league-wide.

You can’t really call it a fluke, though. The 6’4, 231-pounder also has a pair of 12-TD seasons on his resume. We project the ’21 Bucs to be among the league’s pass heaviest offenses. Current projections have Tom Brady narrowly leading all QBs in attempts.

Still only 28, Evans might have a tough time cracking the position’s top-10 if Antonio Brown and Chris Godwin play all 17 games. But an injury to either guy likely changes that. And a busy red zone role — coupled with continued downfield involvement — keeps Evans’ weekly ceiling high.

While Evans navigates a crowded pass-catching corps, Lockett encounters the opposite situation. Gerald Everett arrived to upgrade the TE room -- but really, the passing game will continue flowing through D.K. Metcalf and Lockett.

Lockett’s talked this offseason about the changes under new OC Shane Waldron. Among them: giving the WRs more “freedom” and moving at a quicker tempo.

Any volume boost is a bonus for Lockett, who’s proven hyper efficient with a 72.2% catch rate over the past 2 seasons. We fully expect Russell Wilson to rebound after a rough end to 2020.

Patrick Mahomes and Josh Allen always come off the board ahead of Prescott.

Kyler Murray and Lamar Jackson typically do as well.

It makes sense, as Prescott is still battling a shoulder issue. But here’s the thing: it’s minor. By all indications, the team’s playing it safe with their franchise passer.

The 49ers have ranked 14th, 2nd and 11th in rush attempts over the past 3 seasons. Kyle Shanahan’s system has helped unheralded guys like Raheem Mostert, Matt Breida and Jeff Wilson find fantasy relevance.

Now insert Sermon, a 4-star high school recruit who played his college ball at two major programs (Oklahoma and Ohio State). While his college production largely underwhelmed, he excelled late in 2020 with massive games against Northwestern (29-331-2) and Clemson (31-193-1).


Checking boxes for size and athleticism, Sermon also projects for plus efficiency. Beyond a friendly scheme, the eventual insertion of highly mobile Trey Lance at QB will keep defenses on their toes.

Fant’s the type of talent you want to bet on. The former Round 1 pick frequently flashed his elite athleticism last season.

He ranked 6th among qualifying TEs in yards per route run, per Pro Football Focus. He slotted 5th in PFF’s TE receiving grades.

If things break right for him — namely, if Denver can produce even average QB play — Fant could enter the position’s top 5. Point to Courtland Sutton and our guy Jerry Jeudy as target obstacles, but realize the heightened importance of TDs at the TE position.

Plus, Fant leads all TEs in yards after catch per reception since he entered the league. And at only 23, it’s unlikely we’ve seen his best work yet.

Really, it started last year. At 6’1, 227 pounds, Shenault supplied a RB build (and play style) at WR. The 2020 rookie led all WRs in missed tackles forced per catch.

He’s essentially Deebo Samuel… with the body of Ezekiel Elliott.

And remember, he’ll go from Gardner Minshew slinging passes to Trevor Lawrence. (Don’t buy the team’s manufactured competition). It’s tough to overstate how massive an upgrade that is.

Now, we’ll see if his downfield usage changes at all in year 1 under HC Urban Meyer and OC Darrell Bevell. Perhaps the team will be content letting Marvin Jones and DJ Chark fill that role.

Either way, we’re strictly talking upside here. And the Colorado product packs plenty of it at this stage of your draft.

If that momentum builds, Pittman might not last until Round 10. So buy the dip while you can on a WR with a bunch of promising factors:

Rookie-year production: 40-503-1 despite missing 3 games following leg surgery for compartment leg syndrome. Pittman posted 2 games with 90+ yards post-injury, including 1 in the postseason. The Colts even fed him 4 carries over that stretch.

Buy the target upside and absorb the small risk that comes with Wentz’s injury.