For reference, here was the winning lineup for last year’s “Sunday Million” contest on FanDuel in Week 1. 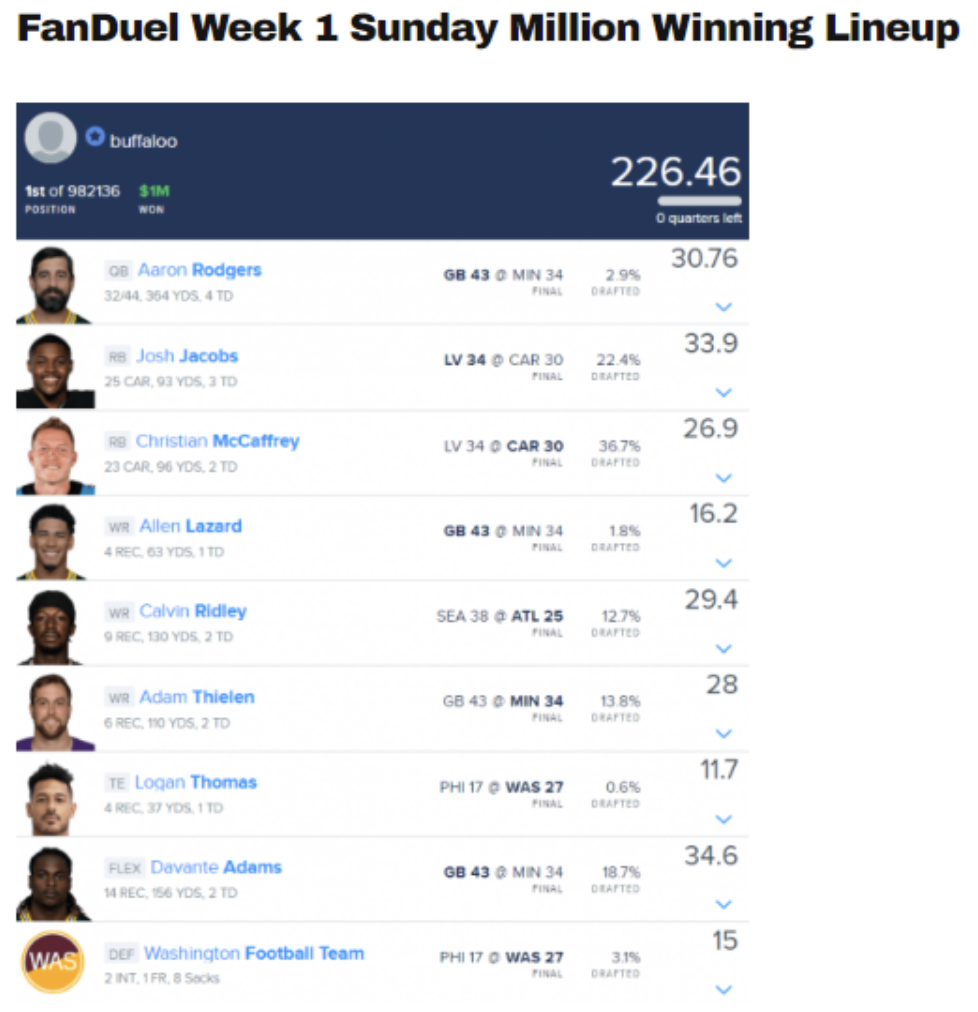 Tannehill has a top 5 ceiling on the week given the Cardinals’ reeling pass defense. Tannehill has freaky pass catching options with AJ Brown and Julio Jones .Both WRs boast a top 7 matchup advantage according to PFF this week. This game has a projected over under at 53 points, the second highest of the slate.

I also really like the differentiation aspect of fading Kyler Murray (9.2% projected ownership), stacking the Titans passing game and running it back with DeAndre Hopkins in a GPP lineup.

Following a similar theme to the Cardinals/Titans game, I think Kirk is a perfect GPP pivot to differentiate your lineups from the chalkier Joe Burrow (6.7% projected ownership) on the other side of the ball. The Viking defense should be much improved in 2021 (Hunter/Pearce/Tomlinson) which should give the Vikings more opportunities on offense as their defense won’t be giving up first downs at will.

Kirk Cousins, Justin Jefferson and Adam Thielen have a chance to run the score up on a depleted Bengals secondary with Trae Waynes out. My absolute favorite stack this week that you can run back with Tee Higgins, Tyler Boyd or Ja’Marr Chase.

If you’re looking to really go cheap, Zach Wilson (6,500) with 1.5% projected ownership is in a good spot vs Carolina.