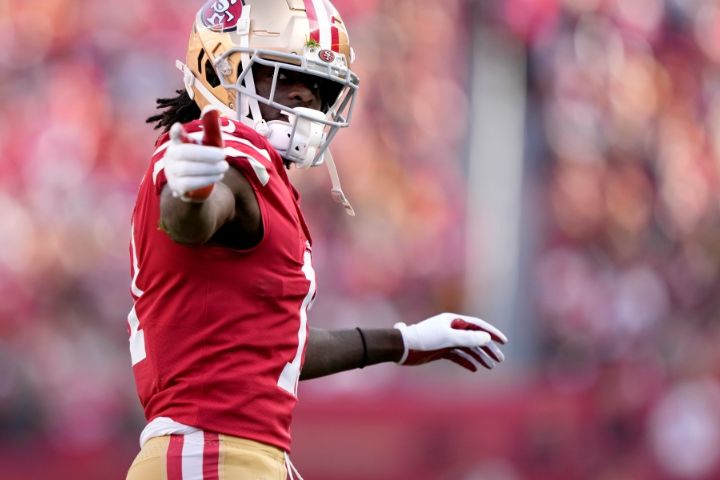 He didn’t play very well in the loss to the Giants on Sunday, finishing with 296 yards, 1 TD, 2 INTs and a lost fumble. But Carr had finished as a top-14 fantasy QB in 5 of his first 7 games this season. And he gets a prime bounce-back spot in Week 10 at home against the Chiefs. That’s followed by another home game vs. a struggling Bengals defense.

Wentz delivered again on Thursday night, throwing for 272 yards and 3 TDs in the win over the Jets. That’s 3 straight games with 3 total TDs and 6 straight with 2+. Wentz will again be in the QB1 mix for a tasty Week 10 matchup vs. the Jaguars.

Howard went from being a significant part of the run game in Week 8 to leading the backfield in Sunday’s loss to the Chargers. Boston Scott took the field first, but Howard got the ball on the 2nd drive and wound up with 17 carries to Scott’s 10. Howard took those for 71 yards and a TD, giving him 3 scores in the 2 games since Miles Sanders went down. Howard can be a lower-level option for fantasy lineups in Week 10 at Denver.

After tallying 6 carries and 2 targets in his first game back with the Saints last week, Ingram carried 9 times and saw 5 targets in Sunday's loss to the Falcons. He continued to look re-energized, running for 43 yards and catching all 5 targets for 21 yards. Ingram is at least a high-end Alvin Kamara handcuff and might be working his way into spot-start value. This will remain a run-heavy Saints offense.

We’ll see what Sammy Watkins’ return from injury means -- when it finally happens. But Bateman followed a pair of 6-target games with 8 targets in Sunday’s OT win over the Vikings. Baltimore’s 41 pass attempts didn’t hurt, but Bateman’s share came out to a solid 19.5%. He remains available in 75% of ESPN leagues.

Aiyuk set a season-high in targets on Sunday for the 2nd straight week. This time, he turned his 8 looks into 6 catches for 89 yards and a score. Aiyuk has finally worked himself back into a significant role in this 49ers offense and is back in the WR3 mix in fantasy football.

Odell Beckham’s replacement caught just 2 balls in the win over Cincinnati on Sunday. But he made them count. The first went for a 60-yard TD; the other for 26 yards. Peoples-Jones saw just 3 targets, but that tied for 2nd on the team on a day when QB Baker Mayfield threw it just 21 times. DPJ is a talented receiver who will be in a full-time role the rest of the way.

Conklin tied for the team target lead with 7 in Sunday’s OT loss to the Ravens. His 5 catches led the team. Next comes a matchup with the Chargers, who entered Week 9 ranked 30th in TE-coverage DVOA, according to Football Outsiders.

We’ll see about Damien Harris' and Rhamondre Stevenson’s head injuries. If either or both are unable to play vs. the Browns next weekend, Bolden would likely assume a larger role. He carried 8 times and saw 2 targets in Sunday’s win over the Panthers, producing 81 total yards.

Even with Jerry Jeudy back, Patrick keeps producing. He hauled in 4 of 5 targets for a team-high 85 yards in Sunday's win over the Cowboys, highlighted by a beautiful 44-yard TD down the left sideline. Patrick won’t be a consistent fantasy option in a deep pass-catching corps, but he’s flashed plenty of weekly upside this season.

Moore posted a big 7-84-2 line in Thursday night’s shootout loss to the Colts. One TD came from QB Mike White; the other from QB Josh Johnson. Because of course. It’s still tough to rely on this Jets passing game. And Moore only ran a route on 63% of pass plays on Thursday. So we’re not ready to trust him in fantasy lineups yet. But he might be worth stashing in case Week 9 was the start of a 2nd-half upturn for the talented rookie. 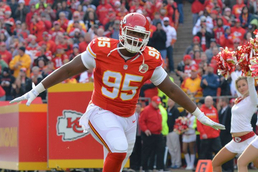 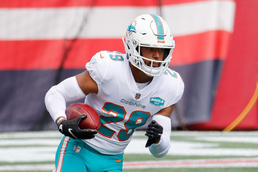 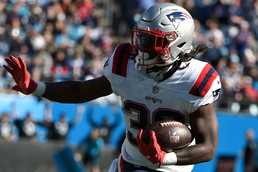 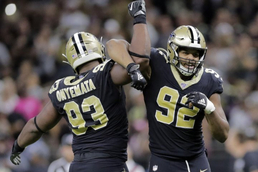