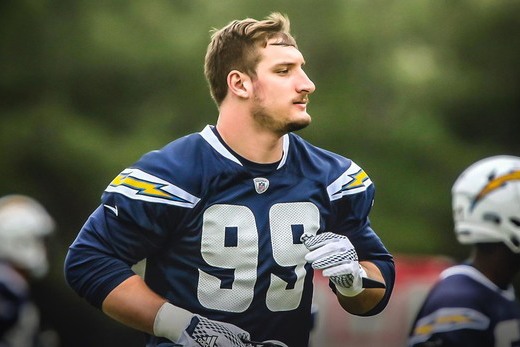 So, when is Bosa finally going to be ready to play football again?

"From now, it's going to be a week-to-week type thing," he said Tuesday. "People keep asking me when I'm going to be ready. I'm going to be ready when my foot is ready to play. I'm not going to push it a day early, and I'm also not going to be sitting around healthy waiting to play [against] the best matchup. The second my foot is ready [to] practice on a Wednesday, I will play that week. Whether it be next week [or] two weeks from now, I'm feeling very confident in the way it's progressing that I'll be out there in the next few weeks ready to go."

So, it sounds like we’re going to find out some Wednesday that Bosa will be on the field that weekend. Rather than wait for the Wednesday to arrive, go ahead and stash Bosa now where the opportunity presents itself.

Harrison tied for the team tackle lead in his 2nd game with the Lions. That makes 13 total tackles across 2 games in Detroit, 3 of those for losses. After a sluggish statistical start with the Giants, Harrison belongs on rosters in tackle-friendly formats that start D-linemen.

Wake posted just a single sack among his 1st 6 games this season, which makes it seem like the 2 sacks Sunday against the Jets. But Wake’s 21 total pressures over those 1st 6 games tied him for 21st in the league in pass-rushing productivity, according to Pro Football Focus. Wake’s worth a shot for the Week 10 matchup with Green Bay, which has allowed 3+ sacks in all but 1 game so far.

This might seem like a silly inclusion for many IDP leagues, but Wagner started this season slowly enough to get dropped in shallower leagues. The past 2 weeks have seen him move back toward the kind of player who deserves to be owned everywhere.

Wagner followed a season-high 6 solo tackles (8 total) and 1 pass breakup at Detroit last week with season highs in total tackles (13) and passses defensed (2) in Sunday’s loss to the Chargers.

The veteran middle man has now defensed 9 passes for the year, 2 more than in any other season. And the tackle production seems to be coming around.

Wherever the rookie got dropped once Sean Lee returned, he's worth picking up again.

Lee re-injured his left hamstring in Monday night's loss to the Titans, and the Cowboys expect him to miss some time. (Sounds like more than 1 game.)

Vander Esch has averaged 10 total tackles across the 5 games that Lee has either missed or left early so far this year. He's an auto-start until Lee returns, barring some change to his production. And that span starts with this week's positive matchup for LB scoring (Philly).

Hitchens saw his playing time dip 2 weeks ago, when Dorian O’Daniel replaced him in some passing sub packages. Then Hitchens left Week 8 early with a rib injury, which removed him early again from Sunday’s win over the Browns.

But Hitchens returned and tied CB Steven Nelson for a game-high 8 tackles (all solo). The injury that looked like it might cost him multiple games wound up keeping Hitchens out for none. So he remains a regular starting option for tackle leagues.

Whitehead remains in charge of the Oakland LB scoring, tallying 7 tackles (6 solo) in each of the past 2 games. That has included 6 tackles for loss. He notched just 1 through the 1st 6 games.

So Whitehead might be playing even better than those numbers indicate. MLB Marquel Lee, by comparison, dipped to just 2 total tackles in the loss to the Niners and has played 55% and 56% of the defensive snaps in the 2 games since Oakland released Derrick Johnson.

Jones returned to practice Wednesday for the 1st time since landing on IR back in Week 2 with a foot fracture. If he avoids setbacks and continues to progress, Jones would be eligible to come off IR for the Week 11 game against Dallas. A full-strength Jones would likely go back to being an every-week IDP starter. So he's worth claiming ahead of time now where possible.

We’ll see about Barron’s snap count Sunday against the Saints. But the veteran tallied 6 solo tackles, his most since returning from injury. Week 10 brings a matchup with the Seahawks, who hit Week 9 as a top-5 scoring matchup for fantasy LBs.

Barron played in just 1 of 2 meetings with the division rival last year but racked up 15 tackles in that one.

I won't pretend that this guy is a safe fantasy bet going forward. Anyone that has bought into him in the past can understand why.

But Brown did tie for the team tackle lead in Sunday's win at Seattle with 11. And he did so while leading L.A. LBs in snaps. That only required playing 63% of the time, but a continuation of that development would at least set Brown up best to lead Chargers LBs in fantasy scoring and upside the rest of the way. Kyzir White's recent placement on IR only helps Brown's chances of solidifying his role.

Snag him ahead of a Week 10 matchup with a Raiders offense that looks capable of just about any level of implosion.

Clinton-Dix tied for the team tackle lead in his Washington debut, following Tuesday's trade from the Packers. He did so despite playing a somewhat-limited 71% of the snaps. Clinton-Dix missed a patch of playing time in the 2nd half and struggled a bit.

But he cracked the starting lineup right away and should only get more comfortable in the defense going forward. Clinton-Dix sits tied for 6th among safeties in Pro Football Focus grading, so Sunday's struggles look more like a probable blip than reason to worry about his role going forward.

The weakness of Washington's ILBs plus a pass D allowing 66.6% completions to opponents so far should help the former Packer's numbers.

The rookie jumped into the top of the fantasy-DB ranks early this season by grabbing 3 INTs among the 1st 3 games, but reduced production knocked him outside the top 20 heading into Sunday’s meeting with the Bucs. Then Jackson grabbed his 4th INT, to go with 5 solo tackles.

A Week 10 Thursday night matchup with the Steelers gives him another fantasy-starter outlook. Pittsburgh entered Week 9 as a top-8 scoring matchup for fantasy DBs, and the matchup should find Jackson spending most of his night near Antonio Brown or JuJu Smith-Schuster.

We’ll need to watch Dunbar’s status this week after he left Sunday’s game early with further leg issues, after missing the past 2 with a shin injury. Before he left, the CB tallied 6 tackles (5 solo) and defensed 3 passes, including his 2nd INT of the year. Dunbar has now collected 5+ solo tackles in 5 straight appearances. We’ll see if he’s on track for a solid Week 10 matchup with the Bucs. 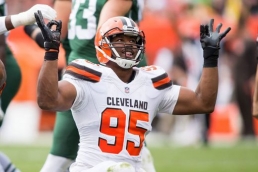 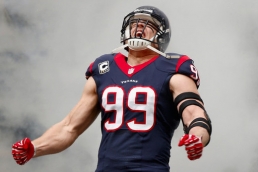 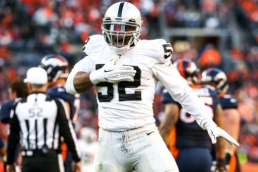 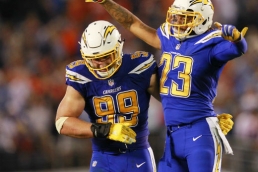 Joey Bosa's getting it done immediately. Should you hop aboard the bandwagon already?