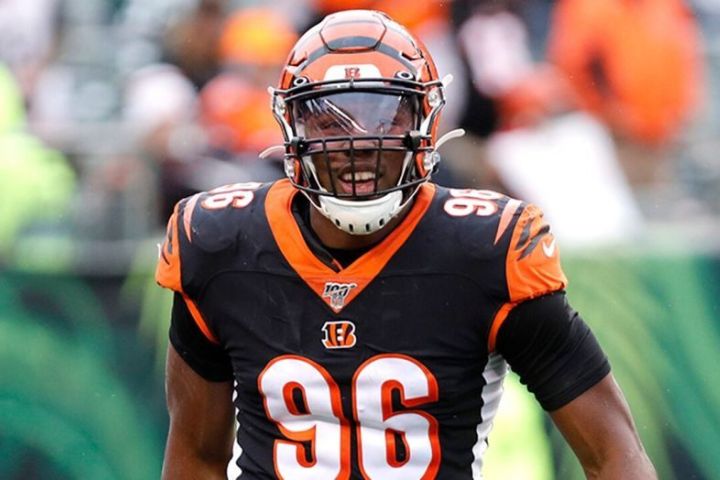 Dunlap celebrated his 1st game with his new team by delivering a sack among 2 QB hits in Sunday’s loss at the Bills. Dunlap entered the starting lineup right away and totaled 5 tackles (3 for losses) in a game that found his team collecting just 51. A Week 10 meeting with the Rams doesn’t look great for upside. The Rams hit their Week 9 bye with the league’s lowest adjusted sack rate allowed, according to Football Outsiders. But after that comes a string of better spots -- including the Eagles, Giants, Jets and Washington in 4 straight.

A Week 9 bye following his smallest tackle tally in 5 games likely found Goodson added to plenty more waiver wires. But he remained a full-timer for that 6-tackle outing against Las Vegas, missing just 1 total snap over his past 2 games. Goodson spent 75 and 71 plays on the field in those contests. And he delivered 7+ tackles in 4 straight games before that, plus a QB hit in 2 straight before the Vegas matchup.

Kwiatkoski’s playing time had been on the rise, but the numbers didn’t come until Sunday. He benefited from lots of time on the field -- 75 plays for the Vegas defense vs. just 50 for the Chargers D -- but his 13 tackles (10 solos) still stood out at 16.7% of the team total. Next comes a Denver offense that allowed Falcons LB Foye Oluokun a big game Sunday and 12 tackles to New England LB Ja’Whaun Bentley a few weeks prior.

Edwards returned from IR to play a season-high 78% of Philly’s defensive snaps in the Week 8 win over Dallas before the bye. That tied Alex Singleton for the team lead among LBs. Edwards racked up 13 tackles, 1 sack and a forced fumble in that contest. Edwards and the Eagles return from the bye to get a Giants offense with turnover and sack upside.

Fuller seems likely to return from his shoulder injury coming out of the bye. Will he immediately return to full playing time? We’ll see. But the rookie played ahead of S Taylor Rapp over the 1st 2 weeks before suffering his initial injury, and then reclaimed his job in Week 5 after missing a game. If he’s ready and starting in Week 10, Fuller will face a still pass-happy Seattle offense.

Making his 1st start in place of SS Landon Collins, Curl tallied a game-high 11 tackles (6 solo) in Sunday’s loss to the Giants. That included a sack, and Curl added a 2nd QB hit. His next 3 games include a pair of opponents -- the Cowboys and Bengals -- who entered Week 9 as top-3 scoring matchups for fantasy DBs.