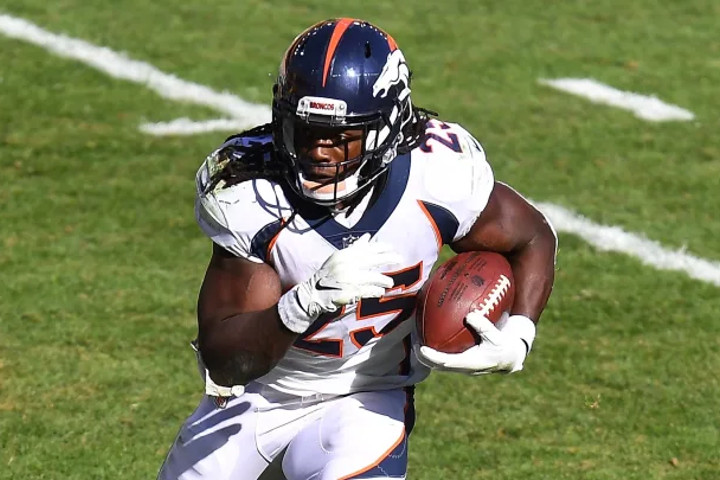 There’s plenty of value on this slate, so let’s not mess around at QB. Mahomes is in a smash spot at home for a Falcons team sitting 19th in Football Outsiders’ pass defense rankings and dead last in adjusted fantasy points allowed to QBs.

The Chiefs are sporting a huge 31.75-point implied total — easily highest on the main slate.

With Duke Johnson and C.J. Prosise out last weekend, David Johnson played 80% of the offensive snaps and racked up 8 carries and 11 targets. Prosise is back for Week 16, but Duke remains out. So look for David to again dominate backfield work.

The matchup is a good one vs. a Bengals defense that ranks 17th vs. the run and 23rd in RB coverage, according to Football Outsiders. The Texans’ 25.75-point implied total is 6th highest on the main slate.

Gordon is playing well lately, topping 5 yards per carry in 3 straight and 4 of his last 5. He’s also hauled in 7 of 7 targets over his last 2 outings.

He’s in for a volume boost on Sunday with RB Phillip Lindsay out. In 3 games without Lindsay earlier this season, Gordon totaled 50 carries and 12 targets.

The cherry on top is a matchup vs. a Chargers squad that’s sunk to 31st in Football Outsiders’ run defense DVOA. Los Angeles has coughed up 4.6 yards per carry to RBs on the season.

You could opt to pay up for David Montgomery ($7,700) or Austin Ekeler ($7,600) for your 3rd RB. But Henderson joins Johnson and Gordon as a top 3 RB value based on our projections.

Cam Akers’ absence will pop Henderson back into the lead ball-carrying role for the Rams. He averaged 14 carries — plus 2.2 targets — in that spot in 6 games earlier this season and figures to see similar volume on Sunday vs. Seattle.

The Seahawks are no pushover against the run, but they rank a middling 22nd in adjusted fantasy points allowed to RBs.

Investing money in a Steeler doesn’t feel great after what we’ve seen from that offense lately. But the struggles haven’t impacted Johnson’s fantasy production. He’s averaged 15.4 DK points over the last 4, with 12.6+ in 3 of them. The only exception was the Bills game when he was benched for over a quarter for drops. He saw 7 targets in that game — 13, 12 and 13 in the other 3.

Johnson gets a Colts defense on Sunday that ranks 14th in adjusted fantasy points allowed to WRs.

Carolina-Washington figures to be a low-scoring affair. But Samuel is a nice target bet for his price and has a plus individual matchup vs. slot CB Jimmy Moreland, who ranks 73rd in Pro Football Focus’ coverage grades among 113 qualifiers.

Higgins has somehow mustered 5 catches in 3 of 4 games since he lost QB Joe Burrow. He’s averaged a solid 6.8 targets over that span.

That number should climb in Week 16 with Tyler Boyd and his 20.5% target share out with a concussion. And the matchup is sweet vs. a bad Texans secondary that’s been even worse since losing top CB Bradley Roby.

Saturday night’s news of Browns WRs Jarvis Landry, Rashard Higgins, Donovan Peoples-Jones and KhaDarel Hodge landing on the COVID list and being ruled out for Week 16 turns Hooper into an obvious cash play. I’d consider him the favorite to lead Cleveland in targets on Sunday in a pristine matchup vs. the Jets’ league-worst TE defense.

This is obviously a matchup play. Houston’s defense isn’t good but draws QB Brandon Allen and the Bengals on Sunday. Cincinnati has averaged 14.5 points per game and turned it over 8 times in 4 games without Joe Burrow. That includes 2 INTs and a lost fumble from Allen.