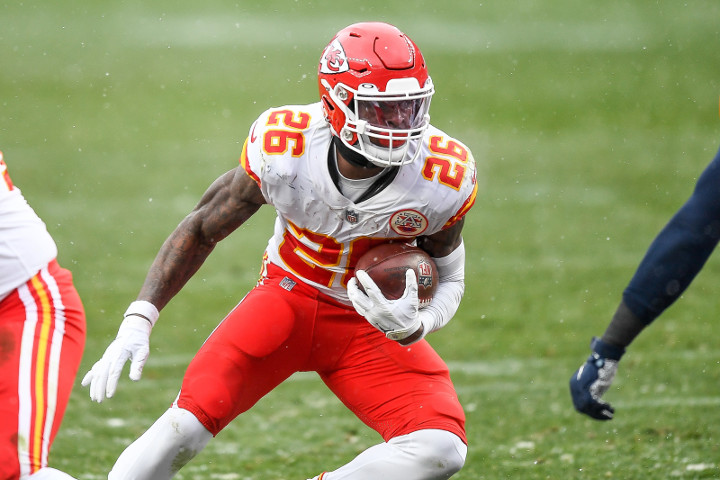 Priced as the QB6, Hurts is certainly underpriced coming off a game a with 338 passing yards and 63 rushing yards in his 2nd career start.

Hurts scored 23.3 DK points in his 1st start and was the top QB on the main slate last week with 40.8. Now he gets one of the best possible matchups against a Dallas defense that has been horrible against the run all season.

I’m projecting Hurts for 60+ rushing yards once again — and if he throws for 200+ that’s already a floor of 14+ points. I think Hurts can have another ceiling week in the dome against the Cowboys with the NFC East still up for grabs.

I’ll be aggressively playing Hurts in at least 35% of my GPP lineups.

Cam Akers has been ruled out for Week 16, re-opening the door for Henderson to be the lead back with Malcolm Brown expected to mix in.

The matchup isn’t an easy one against the Seahawks, who have been a middling defense against the run, giving up the 15th most fantasy points to opposing RBs. Priced just $500 above the minimum on DK, though, Henderson should be able to hit value as the 2nd ranked RB in the Draft Sharks model.

I’m expecting a TD and 80+ scrimmage yards from Henderson this week and I’ll be using him in at least 25% of my GPP lineups.

Bell should see a ton of work this week with Clyde Edwards-Helaire out.

Bell had 16 touches last week against a tough Saints defense and was able to accumulate 14.6 DK points. Now, he gets a cake matchup against the Falcons, who have been the 10th most generous defense to opposing backs.

I’d expect Bell to get 16-22 touches in this game. And as a double-digit favorite against the Falcons, he should have plenty of opportunities to score a TD and catch a few passes from Patrick Mahomes.

Bell has looked a bit more explosive the past few weeks and should be able to smash his price tag. I’ll be using Bell in about 50%+ of my GPP lineups.

Hardman is popping as the #1 player in the Draft Sharks model this week, priced just $100 above minimum in an excellent matchup, coming off a game with 9 targets.

Hardman caught just 3 of 9 targets last week but did find the end zone and nearly had a much bigger game as a couple of catchable balls were either dropped or knocked out of his hands.

There will be lineups where I’ll be using Mahomes, Kelce and then Hardman as a cheap option with upside for long receiving TDs or kick-return TDs.

Hardman should be priced closer to $4K, so getting him at $3,100 is a steal, especially when Patrick Mahomes is live to throw 5+ TDs in any given game.

Robinson should have his way against a Jaguars secondary that is basically all back-ups and that will probably be trying to lose since they now currently have the #1 overall pick instead of the Jets.

Robinson has been solid with Trubisky as the starting QB, with 74+ yards in 4 straight games and 3 TDs during that stretch.

Weirdly, Robinson was only targeted 5 times last week but still got 83 yards on just 4 receptions. He had 33 targets in his previous 3 games and should see close to double-digits once again against a putrid Jaguars secondary.

I’ll be looking to use Robinson in at least 25% of my GPP lineups as he should be able to exploit the soft matchup and finish as a top 5 WR this week.

Goedert was targeted 8 times last week and caught just 4 of them for 39 yards against the Cardinals.

Jalen Hurts has given the Eagles offense some life of late, throwing for over 300+ yards and giving Goedert a couple of chances to come down with a red-zone TD on the Eagles’ last drive.

Goedert seems like the Eagles’ best red-zone option still and priced at $3,600. He will easily exceed value if he gets in the box against the Cowboys.

Russell Wilson and the Seahawks offense has struggled this past month — and the Rams will be extremely motivated coming off of an embarrassing lost to the defeated Jets.

This NFC West showdown is massive as the Seahawks lead the Rams by 1 game but the Rams currently have the tiebreaker as they beat Seattle last month in LA.

The Rams match up very well to Seattle with Jalen Ramsey on D.K. Metcalf and the defensive line able to generate a lot of pressure against Russ.

I don’t think the Rams D will be popular and I will look to use them in at least 20% of my GPP lineups.