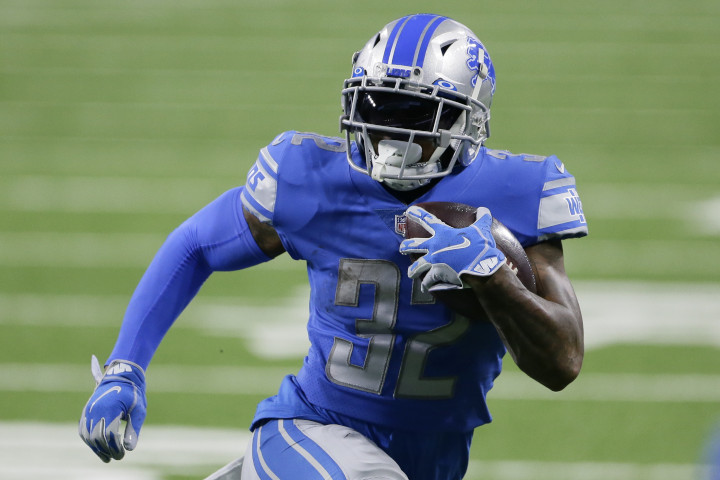 Week 17 DFS presents the biggest slate of the 2021 season. With no Thursday or Saturday games, we have 14 games that are available as we build our player pools this week. Bengals/Chiefs, Rams/Ravens, and Cowboys/Cardinals project as the best games to target — but also the most popular. The large slate ensures that ownership should stay under control for even the most popular plays.

Brady has faced a string of top 10 pass defenses with Carolina, New Orleans and Buffalo in the last 3 games. The last time we saw Brady in a favorable matchup was Week 13 vs. the Falcons when he posted 32.62 DK points.

This game features two offenses that both rank top 13 in neutral script pace of play, making this the 2nd-fastest game on the main slate in combined pace. With Mike Evans potentially returning, the #1 pass offense in DVOA faces the #32 pass defense in DVOA and 4th in adjusted fantasy points allowed to QBs. The only concern for Brady is the RBs stealing the scoring opportunities.

On a smaller slate, Stafford would likely see 10-20% ownership.But due to the choice of elite options like Dak Prescott, Josh Allen, and cheap plays like Trey Lance, his ownership should stay low.

Hurts threw for nearly 300 yards against Washington 2 weeks ago, which marked the first time he exceeded 250 yards since Week 4 in Kansas City. He also rushed for 2 TDs in that matchup as well. The Eagles should dominate time of possession this week against Washington likely without Antonio Gibson on offense as they did in Week 15 (35:17 to 24:43).

Montgomery is the only RB to command a 20%+ target share in each of his last 4 games, which has resulted in 31 targets over that 4-game stretch. The Giants defense ranks as a top 12 matchup across the board for Montgomery with the 9th most adjusted fantasy points allowed, 6th worst in rush defense DVOA and 11th most receiving fantasy points allowed to RBs. Ownership will be high, but this is good chalk.

Williams has run more routes than Melvin Gordon in every game since the Broncos' Week 12 bye. With this matchup vs. the Chargers being on the road and Drew Lock starting, Williams may find himself in a position to replicate his near 60 receiving yard performance against L.A. in Week 12 even in a winning performance. The Chargers also rank dead last in rush defense DVOA and top 6 in receiving fantasy points allowed.

According to RBs coach Duce Staley, Swift is “going full steam ahead, he’s 100% and he’s rolling.” Before Swift suffered his shoulder injury in Week 12, he recorded 7 straight games of 70% or more of the team’s snaps and nearly 90% of the routes in the final 2 games he played. The Seahawks rank 2nd worst in adjusted fantasy points allowed to RBs and have allowed the most receiving points to RBs.

Mitchell is officially listed as questionable for Sunday’s game but seems on track to play. This play is not for cash games, but if you need a low ownership play at RB, Mitchell will be low due to concerns about his workload. The last time he returned from injury was Week 11 when he saw 27 carries.With a rookie QB making his 2nd career start, the 49ers should lean on the run. The Texans' run defense ranks bottom 6 in adjusted fantasy points allowed to RBs and is ranked 26th in rush defense DVOA.

Cardinals CB Marco Wilson has been ruled out along with Robert Alford (IR).That leaves just Byron Murphy as the remaining starter for the Cardinals against the Cowboys this week. This game has the highest over/under on the main slate at 51.5.CeeDee hasn’t scored a touchdown since Week 10, despite seeing multiple 10+ target games during that stretch.

The Seahawks offense shockingly ranks 2nd to last in total first downs and 1st in first downs allowed. They’ve scored less than 15 points in 4 of their last 7 games. This week presents a much better opportunity to sustain offense as the Lions rank 9th in first downs allowed and may struggle to move the ball against the Seahawks defense with Tim Boyle at QB. Metcalf faces Ifeatu Melifonwu in coverage, who’s allowing an 80% catch rate. With Metcalf’s big-play ability, he’s always a threat to hit in GPPs.

Pittman has a 40% target share over the last month, but similar to Lamb, has not scored a TD since Week 9. The Raiders have been effective defending WRs, but Jonathan Taylor should be able to move the ball on their defense which should lead to scoring opportunities.

Many DFS players will shy away from Kirk with the recent play of the Cardinals offense and fear that Trevon Diggs may be in coverage against Kirk. But Kirk runs most of his routes from the slot, which will keep him away from Diggs. This game projects to be high scoring, and the Cardinals are implied for 22.75 points despite being underdogs to the Cowboys.

Many were burned by Gronk last week, which may suppress his ownership. Antonio Brown and Mike Evans are both questionable with lower-body injuries, so even if they play, Brady may lean on Gronk. With the Bucs projected for nearly 30 implied points, it should plenty of scoring opportunities.

Pitts has recorded a 23% target share or better in 3 straight weeks. The matchup isn’t great against a top 5 pass defense, but both the Falcons and Bills rank top 12 of neutral script pace of play, which should lead to a lot of volume for Pitts. He’s also deployed nearly 70% of the time either out wide or in the slot. HC Arthur Smith should be able to find him a favorable matchup with Tre White no longer playing for the Bills.

I like A.J. Brown this week, but if Xavien Howard can limit him in coverage, the Titans offense doesn’t have many other avenues to beat you. The Dolphins have scored 9 or more DK points in 6 of their last 7 games over this win streak. Over that stretch, we’ve seen 4 big games between 17-25 DK points.