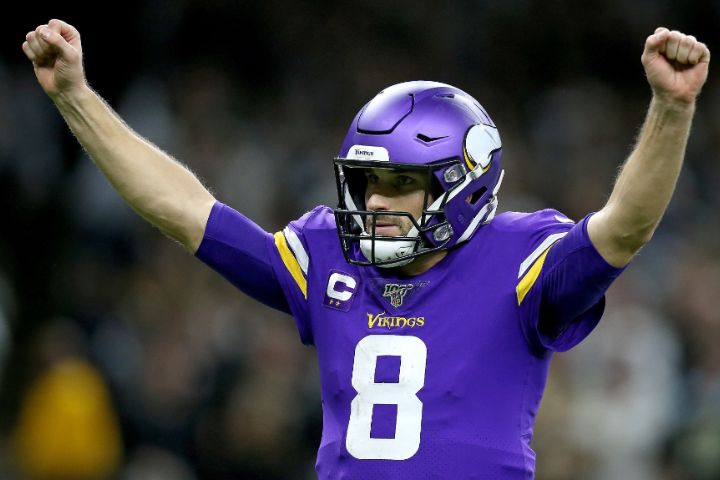 Cousins threw for 291-3-0 in New Orleans on Friday and now has 3 passing scores in 5 of his last 8 games. He’s averaging 278 yards and 2.5 TDs per game over that span. Cousins will be an easy QB1 in Week 17 vs. a Lions defense that’s given up for the season.

He kept rolling in Sunday’s win over the Jaguars, throwing for 265 yards and 2 TDs and running for 10 yards and another score. Trubisky gets a neutral matchup vs. the Packers in Week 17 and figures to be a borderline QB1 in our rankings.

J.K. Dobbins left Sunday’s win over the Giants in the 2nd half with a rib injury. That allowed Edwards to lead the team with 15 carries, and he turned those into 85 yards (5.7 per rush). Edwards even added 37 yards on 2 receptions. If Dobbins can’t go at Cincinnati in Week 17, then Edwards would be set up for big volume. Even if Dobbins plays, we’d expect Edwards to be solidly involved. Edwards matched Dobbins’ 8 carries in the 1st half Sunday, before the rookie left the game.

He’ll be Los Angeles’ feature back — and a volume-based fantasy starter — if both Darrell Henderson and Cam Akers miss Week 17 with their ankle injuries. The Rams get the Cardinals' 10th-ranked RB defense in that one.

The rookie trounced the Titans for 124 yards and 2 scores on 21 carries on Sunday night. Dillon entered this one with just 24 carries and benefitted from Jamaal Williams' absence. But the Packers might not be able to put him back in the bottle after this performance. Green Bay needs to beat the Bears this weekend to clinch the NFC's #1 seed.

Williams — not Le’Veon Bell — led the backfield with 10 carries and 6 targets in Sunday’s win over Atlanta. Williams was also more effective, churning out 46 rushing yards and catching 4 balls for 27 yards. Bell took 7 carries for 30 yards and caught just 1 of 3 targets for 9 yards. We’ll see what Kansas City’s plans are for Week 17 now that they have the #1 seed clinched, but Williams could be a RB3 or flex play vs. the Chargers.

Coutee caught 5 balls for 54 yards in Sunday’s loss to the Bengals. He has caught at least 5 passes and totaled 53+ yards in 3 of 4 games since Will Fuller’s suspension. A Week 17 clash with Tennessee figures to present more shootout conditions and a soft defense: 30th in the league in pass-defense DVOA entering Week 16, according to Football Outsiders. Coutee hit Sunday still available in 70% of ESPN leagues.

He posted a 5-48-1 line Sunday and tied for the team lead with 7 targets. Shenault has now totaled 16 catches on 24 targets over his last 3 games. He’ll be in the WR4 mix for next weekend’s finale vs. the Colts.

He turned 9 targets into a 6-53-2 line in the loss to the Saints on Friday. Smith should have 4 TDs in his last 3 games had he not dropped an easy one in Week 15. He’ll be a top-12 option in a great spot vs. the Lions this coming week.

Akins didn’t have a big game against Cincinnati on Sunday, but he ranked 3rd in the team in targets (4), receptions (4) and receiving yards (39). Next comes a rematch with a weak Tennessee defense. The teams combined for 78 points and 1,019 yards in a Week 5 meeting that went to OT. Deshaun Watson threw for 335 yards and 4 TDs in that one. Akins missed it with an injury, but Houston TEs racked up 8 catches for 113 yards and a TD without him.

He operated as Jacksonville’s clear lead back Sunday with James Robinson out, handling 14 of 16 RB carries and 5 of 7 RB targets. Ogunbowale churned out 78 total yards and would be a RB3 or flex play vs. the Colts next weekend if Robinson remains sidelined.

If J.K. Dobbins misses Week 17 with his rib injury, we’d expect Baltimore to activate Ingram and re-involve him in the running game. Gus Edwards should be the lead back in that scenario, but the Ravens have spread work around the backfield all year. Edwards hasn’t carried more than 16 times in a game this season and has reached double digits only 4 times. A matchup with Cincinnati should find Baltimore playing from ahead, creating a good environment for rushing.