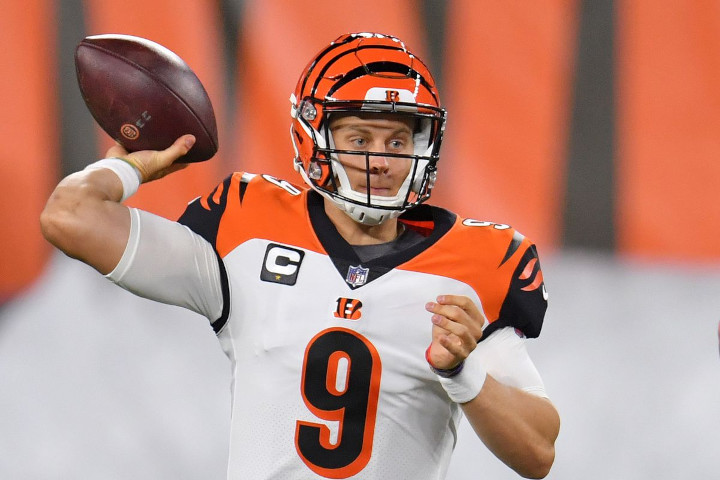 Week 1 is in the books … and it’s full of overreactions.

Everything that happened in Week 1 is now set in stone to happen again and nothing can possibly be different in Week 2. This is the mindset of some of the opponents you will be facing in FanDuel GPPs this week. The best thing you can do as a fantasy player is contextualize what happened in Week 1 — the usage/opportunity/volume that you saw — and take that into Week 2 to determine what was real, and what was a mirage.

Let’s get to the plays.

Burrow proved me wrong in Week 1. He didn’t waste a single second getting back to form. This game isn’t expected to be super high-scoring, but I like its chances of hitting the over of 45.0. The Bengals WRs should out-match Bears CBs Kindle Vildor, Marqui Christian and company. With many focused on the 4 o’clock slate, I like stacking this game with Joe Burrow and some of his weapons.

He was good to me last week, so I’m going back to the well. I don’t know if the Eagles’ offense is that good, or if the Falcons’ defense is that bad. What I do know is that Hurts’ rushing ability + the improvements he showed as a passer are enough for me to trust him against the suspect 49ers’ secondary, which allowed the Lions to carve them up in the 2nd half.

Alvin Kamara ($8,800) & Christian McCaffrey ($10,000) should always be RBs you try to get into your lineup.But if you can’t afford them, here are some other targets.

In GPPs, I think Montgomery is a great pivot away from the higher owned Najee Harris ($6,300) and Chris Carson ($6,100).While his 67% of Bears carries, 44% routes and red zone work was impressive in Week 1, he left a lot of meat on the bone. He plays the 21st ranked rush DVOA defense from 2020 this week instead of the #3 rush DVOA defense in the Rams.

I have my concerns from a season-long perspective about whether he can handle this workload or not, but in DFS Mixon will continue to be a staple of my lineups. How often can you get 30+ opportunities at this price? Mixon has a monopoly on the carries, the routes, targets, red-zone work, everything. The Bears' defense isn’t a scary matchup either.I expect the Bengals to be in this game against a defense that allowed the 14th most rushing yards last year.

Josh Jacobs is out this week, which makes Drake a free space on both FanDuel and DraftKings. The ownership will likely be much higher than this projection. I’m hoping the vaunted Steelers defense scares some people off because Drake showed he can make his money in the passing game: 5 targets for 59 yards while splitting snaps evenly with Jacobs in Week 1. He should be a great bet for 20 opportunities in this game.

This is the chalk of the week.This game has the highest over/under on the slate at 55.0. These are the main 3 WR plays I’m looking at this week. Between the 2 Cowboys, I prefer Amari Cooper as his primary matchup is slated to be rookie Asante Samuel Jr.Keenan Allen could fill the “Chris Godwin stat line” from last week, which was the high target option in the slot. Either way, I’m attacking this game whenever possible.

Ridley has had a lot of success against the Buccaneers defense. We saw last week that if you avoid Carlton Davis, you have a good chance of passing against this team. In 2020, Ridley went a combined 18-215-1 on 26 targets in the 2 matchups against Tampa. Both matchups did not feature Julio Jones and Ridley was not shadowed by Davis in either.

This 49ers secondary is suspect.The only reason this is not common knowledge is due to the Detroit Lions being their first opponent, with WR corps that is the worst in the NFL.Smith looked like a bonafide superstar in his first game. The former Heisman winner ran 95% of the routes (24% more than the next highest WR), commanded 23% of the Eagles targets and over 55% of the Eagles air yards in his NFL debut. This could be the start of a special rookie season.

Beasley showed right away that he’s the #2 receiver in this offense, commanding 13 targets in Week 1 and a 27% target share. With Stefon Diggs and Emmanuel Sanders facing difficult matchups on the outside against Dolphins CBs Byron Jones and Xavien Howard, Beasley should have a high target role yet again vs. Nik Needham in the slot.

If you can find a way to do it, Waller is a lock for my lineups on FanDuel. He’s surprisingly cheaper ($7,000) on FanDuel than he is on DraftKings ($7,600) — and the price gap between him and the other TEs is not as big as it should be.He saw a ridiculous 19 targets in the Raiders’ opener. The Steelers' defense is tough, but Waller is used in such versatile ways that you can’t take him out of the game.

His price point makes him a great GPP play, with most opting for cheaper options like Tyler Higbee and Noah Fant. Gronkowski doesn’t need a huge target share to produce. Last year he led all TEs with 16 targets of 20+ yards and had the single lowest percentage of “non-valuable targets” (0-9 yards) among all TEs. We saw this in Week 1 as 3 of his 8 targets were either 20+ yards or in the red zone.

A great way to get exposure to this potentially high-scoring game between the Cowboys and Chargers is to slide Cook into your TE slot. We saw in Week 1 that he is the TE to play for the Chargers, as he ran 63% of the routes to Donald Parham’s 29% and commanded 24% targets per route run. Cook also makes for a good tournament pivot away from Mike Williams or Keenan Allen if needed.

I rode with the Texans defense last week and it paid off on the back of turnovers. We know Baker Mayfield is not the most careful with the football, and the Texans may be a sneaky pick-6 candidate as the 2nd cheapest defense on the slate.