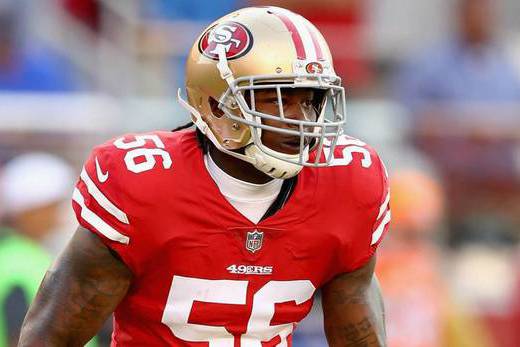 Ogunjobi posted a nice Week 1 -- 7 tackles, 1 sack -- but we were a little hesitant to overrate it and jump on him, especially since going to OT helped inflate the play count. But now he’s shown we waited too long to get a good deal.

Ogunjobi manhandled the Saints en route to a pair of sacks and 4 solo tackles Sunday. He’s a terrific option to a DT slot and just might be asserting himself for weekly general DL use. Next up: a Jets offense that allowed 3 sacks to the Dolphins Sunday.

Minnesota appears to be agreeing with Richardson so far. He totaled just 7 QB hits all last season in Seattle, and 9 in his final season with the Jets the year before. Through 2 games as a Viking, Richardson already has 6 hits (including a half-sack in each contest).

Andrew Luck's return makes it easy to overlook just about any other storyline in Indianapolis, but here's 1 that has me excited.

FIVE years ago, Hunt was an intriguing 2nd-round pick of the Bengals -- a guy with sparse football experience after arriving at SMU on a field scholarship (as in throwing the things on the grass inside the track) but jaw-dropping measurables. The 6'8(!), 277-pounder ran a 4.6-second 40 at his Combine and even tested 77th percentile in the 3-cone drill. Alas, Hunt could never nail down a starting gig in Cincinnati.

The needy Colts, however, have already found him time at both DE and DT. He played 77% of the snaps in the opener and then 89% in Week 2. Hunt tallied 2 sacks in Week 1 and has 5 total tackles for loss through 2 weeks. He's certainly not likely to continue that pace, and history says we shouldn't expect this guy to be truly breaking out at age 31. But at this position, the upside far outweighs the risk in making the early bet.

Reader delivered a pair of sacks in the opener at New England before a much quieter Week 2. He’ll probably wind up much closer to the performer we got against Tennessee, but this Sunday brings a nice matchup with the Giants.

Two-game suspension served, Foster should be ready to reclaim his starting job in the middle of the Niners’ defense. Rookie Fred Warner’s performance in Foster’s absence might complicate things a bit, but there’s an opening on the weak side for either guy.

We’ll watch this week for an indication from the team that we can stick Foster back in IDP lineups right away. But just last year we saw him jump back in for 71% of the snaps after a Week 1 high-ankle sprain cost him 5 games.

Hicks has opened the season with 16 tackles, 1.5 sacks and a pass breakup through 2 games. History tells us his numbers will come back down, but there’s also upside to his Week 3 matchup with the Colts.

Indy supplied more fantasy points to LBs than any other offense did back in 2016, last time Andrew Luck was around. Perhaps that has no bearing on the scoring outlook in 2018. But Luck’s short passing tendencies and shaky offensive line present opportunities for tackles and big plays in a visit to the home of 1 of the league’s better defenses.

We ranked Lee in draft range over the summer, and an inflated stat line in the Week 1 shocker at Detroit probably got him picked up in most places. But a mere 4 tackles (1 solo) against Miami might also get him dropped.

Whatever the case: If Lee’s available, give him a look for Week 3. Cleveland has allowed the 2nd most LB points to opponents through the 1st 2 weeks. That continues a trend that found the Browns as a top-5 scoring matchup for fantasy LBs each of the past 2 years (Hue Jackson’s tenure).

Riley stepped into the middle job vacated by Deion Jones. Campbell stayed at his usual 3-down role outside. Both guys racked up 9 total tackles in their 1st game since Jones went down. Both figure to be in play in at least LB3 range going forward.

Kennard has played every snap for the Lions through 2 games and delivered some much-needed pass rush. He led Detroit with 6 total tackles -- including 1 sack -- against the Jets in Week 1 and then notched a pair of sacks in Sunday’s loss to the Niners.

Kennard looks like the best player in the Detroit LB corps, which should protect his snap count going forward. And he previously showed cross-category scoring capability in limited exposure with the Giants. Don’t be surprised if Kennard sneaks into the top 30 in fantasy points for the season.

We didn’t get to see what Kazee could do in his 1st game as S Keanu Neal’s replacement, because he got himself booted early in the 2nd quarter for a shot to QB Cam Newton’s helmet. But Kazee made solo tackles on each of Carolina’s 1st 2 plays of the game and tallied 3 total despite leaving during the Panthers’ 3rd possession.

That abbreviated day should keep awareness of him down and make him easier to secure. A Week 3 date with the Saints should include plenty more tackle opportunities for the (too) willing young hitter. 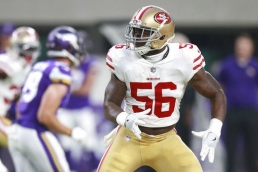 Matchups and bounce backs give us a number of LB options we could use in Week 10 -- and perhaps beyond.