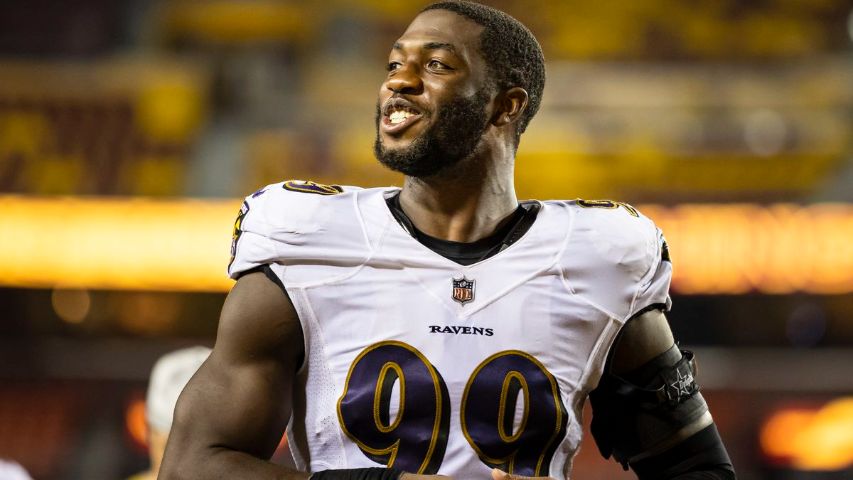 I pointed out in my Week 4 IDP Hits that Oweh was getting so many pass-rushing opportunities that sacks almost had to start appearing even if he wasn’t playing great. He answered with his 1st sack of the year in Sunday’s loss to the Bills. That comes just in time for higher-upside matchups with the Bengals and Giants the next 2 weeks. Joe Burrow and Daniel Jones have taken the 2nd and 5th most sacks so far this year.

Smith has 2.5 sacks through 4 games, but that production has been condensed. He tallied 2 of those sacks and 7 of his 13 total tackles in the Week 2 win over the Bears. Two quieter performances since might make him tough to trust for IDP lineups. But the matchup works in his favor this week.

No starting QB has faced a higher rate of pressure so far than the Giants’ Daniel Jones, who will now be on a sprained ankle – if he plays. If he doesn’t, the team will likely need to lean on Davis Webb. He hit the NFL in 2017 and has 0 starts since then.

Smith’s 6 QB hits through 4 games matches teammate Rashan Gary, whose 5 sacks give him a flashier stat line. This will be an upside week for both of them. And matchups with the Jets and Commanders the following 2 games look good as well.

Milano has been good this year. His numbers have had trouble reflecting that, because the Bills only allowed the Titans to spend 45 plays on offense in Week 2 and the Dolphins 43 plays in Week 3.

With Baltimore keeping the ball longer in Sunday’s loss to Buffalo, Milano racked up 13 tackles (11 solo), including 2 for losses. The next 2 weeks bring a meeting with Pittsburgh – and either a bad QB or a rookie in his 1st pro start – and then K.C., which should have less trouble the other teams keeping its offense involved.

Denzel Perryman returned from his Week 1 ankle injury Sunday, only to suffer a concussion. That likely means another missed game for him in Week 5. Deablo has been the full-timer with Perryman out. And we don’t even know yet whether a healthy Perryman will stop Deablo from spending that much time on the field.

Week 5 brings a Monday night trip to Kansas City to face an offense that has supplied the 5th most fantasy points to LBs.

Jeremiah Owusu-Koramoah returned Sunday from the groin injury that knocked him out early in Week 3. But Phillips was the only LB to get full playing time against the Falcons. JOK and Sione Takitaki each followed at 78%, and I haven’t seen any report of an injury to Owusu-Koramoah.

He still tied Phillips for the tackle lead (7 apiece), though Phillips tallied 2 more solos than anyone else on the team. Perhaps the playing time changes against an offense that throws more than the Falcons (just 19 attempts in Week 4).

Kearse nearly made it back for Sunday’s game against Washington, heading in questionable before going inactive for the 3rd straight game. We’ll watch his practice participation this week for improvement (limited all 3 days last week). But if the Dallas starter is ready, he’ll face a Rams offense that has yielded the 2nd most fantasy points to DBs so far. The pick-6 for 49ers S Talanoa Hufanga on Monday night certainly boosted that, but L.A. has also supplied the 11th-most tackles to the position group.

Kearse finished last season 12th among DBs in total tackles. He also tied for 5th among safeties in passes defensed.

Simmons has missed the past 3 games with a quad injury that landed him on IR. HC Nathaniel Hackett said at the time that he didn’t expect his star safety to miss more than the minimum of 4 weeks a player is required to spend on IR. So Simmons is worth stashing on your roster this week if you have room for him – and you play in a competitive enough league that others are likely to be going after him on next week’s waivers.