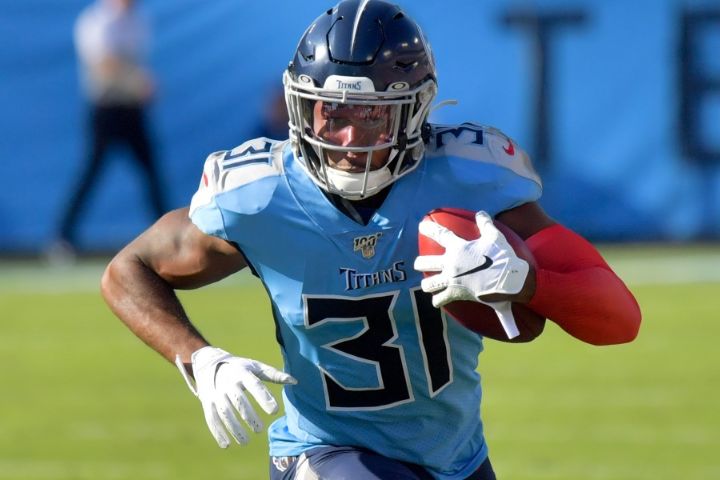 Joseph-Day might have been picked up in deeper leagues after his 9-tackle, 1-sack Week 2. Or maybe someone claimed him after his 8-tackle, 1-sack Week 4. If neither of those is true in your league, though, Joseph-Day is now coming off his 3rd game of 8+ tackles this year. That makes him worth a look even in leagues that don’t require you to play a DT. He’s working on a Sam Hubbard-level stat line. A Week 6 matchup with the Giants certainly won’t hurt his outlook.

Singleton has been leading teammate LB Eric Wilson in playing time for several weeks and delivered 8+ tackles in every game so far. This figures to be the week that gets him picked up wherever he was still available, though. Singleton racked up a game-high 13 tackles (9 solo) in the win over Carolina.

Jayon Brown’s status had been in flux in recent weeks. First came a hamstring injury that cost him a game and limited him in at least 1 other. Then it was a knee sprain. That landed Brown on IR this week, presumably short term. Long -- who played 98% or more of snaps each of the past 3 weeks -- followed with easily his best fantasy outing so far this year. Long racked up 12 tackles (10 solo) against the Jaguars, a huge 20.7% of the team total. Long won’t often do that, but he will lead Tennessee LBs at least until Brown returns. We’ll see what happens after that.

Wilson took over the green helmet dot -- along with S Rayshawn Jenkins -- from Myles Jack in Sunday’s loss to the Titans. HC Urban Meyer said afterward that the coaching staff had learned through research that Jack performs better when he doesn’t have to call plays. Wilson’s playing time had already climbed up over 80% the previous 2 games. In addition to the dot, the back injury Jack suffered against Tennessee adds potential for Wilson to see more snaps if Jack misses further time.

The rookie played a season-high 91% of the snaps in Sunday's loss to the Chargers, despite Anthony Walker returning from 3 games on IR. JOK didn't give us much statistically: 4 tackles (3 solo). But we'd bet on that changing if he continues leading Cleveland LBs in playing time. The rookie did come away from the game with a throat contusion that sent him to the hospital afterward, though. So we'll need to see about his status for the Week 6 matchup with the Cardinals.

Devin Bush suffered his 2nd groin injury of the season late in Sunday’s win over the Broncos. We don’t know yet whether he’ll miss further time. If he does, though, Spillane will be startable in many IDP leagues. He delivered 12 tackles (7 solo, 1 for loss) back in Week 2 against the Raiders, filling in for an injured Bush. Spillane also proved a nice source for tackles with Bush out last season.

I’m including Byard just in case some impatient owner in your league dropped him. Byard hit Week 5 ranked outside the top 70 DBs on the year. But we haven’t dropped him down the Rest of the Way rankings, and I wrote Sunday morning about why. Byard then delivered 10 tackles (8 solo) and an INT among 2 passes defensed in Sunday’s win over the Jaguars. Week 6 brings an upside matchup in Buffalo.

Pierre got the start in place of Cameron Sutton in Sunday’s win over the Broncos. He understandably got picked on, which led to a team-high 6 solo tackles. Pierre added 2 passes defensed, including the game-clinching INT. Sutton didn’t practice at all over the past week, so he’s far from a lock to return for next Sunday night’s meeting with the Seahawks.