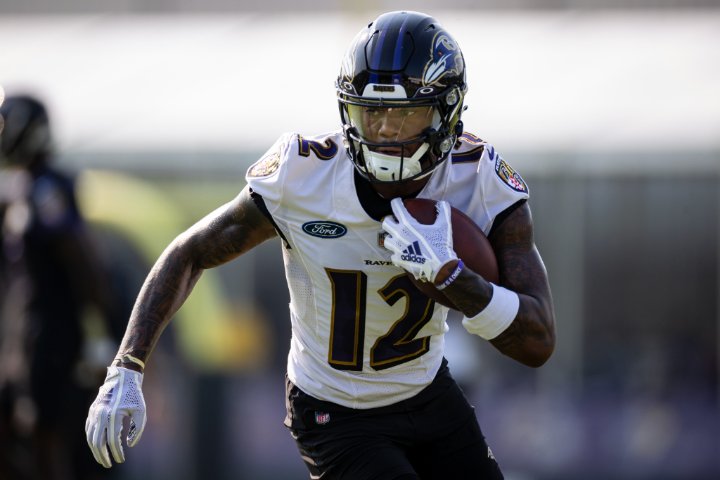 Chris Carson hit IR on Saturday, knocking him out at least through Seattle's Week 9 bye. His status beyond that is uncertain with his lingering neck issue.

Collins strengthened his grasp on the lead role with an impressive showing in Sunday night's loss to the Steelers, ripping off 101 yards and a score on 20 carries. He's now totaled 35 carries and 4 targets sans Carson over the last 2 weeks.

Collins suffered hip and glute injuries late in the loss to Pittsburgh, so we'll have to see about his status going forward. It's also worth noting that RB Rashaad Penny is eligible to come off IR this week. (More on him below.) But Collins should pretty much be owned in all fantasy leagues at this point. He's still available in a little over 50% of ESPN leagues.

Damien Williams should come off the COVID list this week. But Herbert was already splitting work with Williams last week -- and might have earned a bigger role with his performance against the Packers. The rookie ran 19 times for 97 yards and a score. He had another TD wiped out by a holding call. Week 7 brings a brutal matchup vs. the Bucs. But then comes a more doable spot vs. the 49ers. RB David Montgomery might also miss Week 9’s meeting with the Steelers.

Herbert probably carries the broadest range of sensible bids this week. If you're not really in need of RB help but have a roster spot to play with, then put in a low-ish bid on Herbert just in case your league is asleep. There's room for him to work into the RB2 role even after Montgomery returns. If you're in dire need, then Herbert offers Week 7 starting potential -- albeit in a negative matchup.

If you sit between those 2 extremes, adjust the size of your bid to your specific situation. Herbert obviously gains value if you have Montgomery on your roster.

All that said, Herbert hit Sunday available in just 37% of ESPN leagues. So we're not surprised if you don't find him available.

Latavius Murray left Sunday’s game with an ankle injury, leaving Freeman to close as Baltimore’s lead back. He finished with 53 yards and a score on 9 carries (5.9 YPC).

We’ll see about Murray’s injury -- and whether Baltimore gets Ty’Son Williams involved again after making him a healthy scratch against the Chargers. But Freeman is worth a wait-and-see stash.

These guys might be Cleveland’s top 2 RBs in Week 7. Nick Chubb missed Sunday’s game with a calf injury, and Kareem Hunt went down in the 4th quarter with his own calf injury. They have just a few days to get ready for Thursday night’s clash with the Broncos.

If Chubb and Hunt are out, we’d expect Johnson to lead the Browns in carries, with Felton playing in passing situations.

He caught 4 balls for 29 yards in his debut Sunday. Bateman played 65% of Baltimore’s offensive snaps, though, and his 6 targets made up 22.2% of the team total. His role should only grow from here. Bateman remains available in 86% of ESPN leagues.

The longtime Eagle was traded to Arizona, where he’ll take over as the lead TE after Maxx Williams’ season-ending injury. Williams averaged 4 targets across his 4 full games this season, including games of 5 and 7. Ertz probably won’t be a locked-in weekly fantasy starter. But he should hold spot-start value.

Seals-Jones delivered for fantasy owners in Week 6, snagging 4 of 6 targets for 58 yards and a long-range score. Logan Thomas (hamstring) will remain out for Week 7, so RSJ will be back in the TE1 mix for a matchup at Green Bay. He’s still available in 81% of ESPN leagues.

Freiermuth might end up being the biggest beneficiary of JuJu Smith-Schuster's absence. With JuJu out on Sunday night vs. Seattle, Freiermuth set season highs with a 60% snap rate, 7 targets, 7 catches and 58 yards. His 2nd biggest target count of the season (5) came back in Week 2 when Smith-Schuster was knocked out by a shoulder injury in the 2nd quarter.

Tua returned from a rib injury to post a 329-2-1 passing line against Jacksonville. He wore a flak jacket for this one but didn’t seem limited. Tua also avoided taking a sack despite attempting 47 passes. Overall, you have to be encouraged by the performance, especially with both DeVante Parker and Will Fuller sidelined. Fuller (broken finger) can’t return until Week 8, but Parker (hamstring) has a shot to suit up next week in a favorable matchup vs. Atlanta. Tua’s likely a top-15 option for that one.

Penny (calf) is eligible to come off IR this week and will find opportunity with RB Chris Carson out for at least the next 2 games. Penny is worth a stash if you have a roster spot to play with.

Damien Harris seemed to re-establish himself as New England’s lead back Sunday, rushing 18 times for 101 yards and a score. But Stevenson stayed involved with 5 carries for 23 yards and his own TD. More notably, he led New England backs with 3 catches on 3 targets for 39 yards. The rookie is still more handcuff than standalone fantasy option for now, but we’ll continue to monitor this evolving Patriots backfield.

He followed a 5-70 line last week with a big 4-101-2 line in Sunday’s loss to Arizona. That included a 57-yard score on a Hail Mary, so the production is a bit flukey. Cleveland is also set to get WR Jarvis Landry back from his knee injury as early as Thursday night vs. Denver. But Peoples-Jones continues to jump off the screen and could stay involved.

Howard ranked 2nd among Bucs in targets in Thursday night’s win at Philly. He turned those 7 looks into a 6-49-1 receiving line. That followed Howard overtaking Cameron Brate as the lead receiving option at the position in Week 5. Rob Gronkowski figures to return soon, which limits the scope of Howard’s fantasy relevance. But he’ll be worth a look for the Week 7 matchup with Chicago if Gronk isn’t quite ready yet.