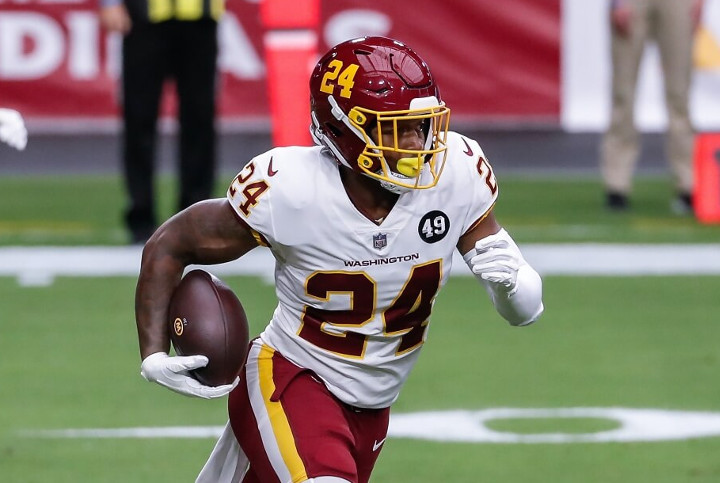 My favorite game stack of the week is easily Seahawks-Bills. It’s the highest projected game of the week with an over/under of 55 points and features condensed offenses with Stefon Diggs, D.K. Metcalf and Tyler Lockett getting the vast majority of targets in their offenses.

Despite high projected ownership, I will be looking to overweight the field with these game stacks.

Seattle has given up a top 12 QB in 6 of 7 games this season and Allen’s price has continued to decrease over the last few weeks with some shaky performances. I expect Allen to bounce back in a big way going up against Seattle’s 31st ranked pass defense. He has a clear stacking option with Diggs dominating the target market share in Buffalo.

On the other side, Wilson is still the favorite to win the 2020 MVP award as he has been throwing TDs all over the yard this season. He leads the league with 26 TDs through just 7 games and has thrown 3+ in every game except Week 4 against the Dolphins when Chris Carson ran in multiple scores.

Lockett is the preferred stacking option with Russ this week as he has a better matchup in the slot, where Buffalo has been brutalized all season, allowing big games to Jamison Crowder and Cooper Kupp.

I will have some game stacks with D.K. Metcalf as well but he has the tougher matchup with stud Bills CB Tre’Davious White on the outside.

Gibson had a monster game before Washington’s bye, carrying 20 times for 128 yards and 1 TDs against the division rival Cowboys.

Now, coming off the bye, I would expect the coaching staff to utilize the rookie even more — especially this week as 3-point home favorites against the stinky Giants.

Projected to come in low owned at a reasonable price tag, I will play certain lineups with both Gibson and Washington defense in hopes of a Washington blowout.

Giants QB Daniel Jones has been a turnover machine once again this season as he’s on pace for a whopping 18 INTs, 10 fumbles and 46 sacks. Jones has faced the most pressure in the league thus far and Washington has the defensive line to make it a nightmare game.

Coming off a multi-game absence with a groin injury, Cook looked healthy and explosive last week, destroying the Packers defense for 200+ scrimmage yards and 4 TDs.

In another division matchup, Cook should have a field day going up against the Lions’ 21st ranked rush defense that’s given up 12 rushing TDs in just 7 games. In 2 meetings last season, Cook had 224 scrimmage yards and 3 TDs against this defense.

In some lineups where I use Cook, I will be playing Hockenson on the other side of the ball. He should benefit from the absence of Lions top WR Kenny Golladay. Hockenson is coming off a season-high 10 target game against the Colts and should continue to see elevated targets as the Lions are expected to be trailing in this game.

Hockenson has been a consistent TE1 all season with at least 53 yards or a TD in every game.

Myles Gaskin is not playing due to an MCL sprain and Matt Breida hasn’t practiced all week due to a hamstring injury, which could leave the door open for Howard at minimum price on both sites.

The Cardinals are allowing the 2nd most rush attempts in the league and over 130 yards per game to opposing RBs.

Kirk Cousins and the Vikings passing game could be the key to Week 12 DraftKings tournaments.