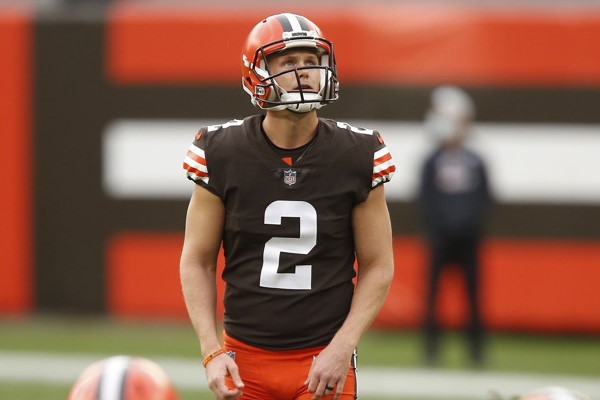 Browns K Cody Parkey has been placed on IR with a quad injury. That leaves Chase McLaughlin as Cleveland's starter. We'll see if the team adds any competition.

The Browns re-signed K Cody Parkey. He took over as the starter in Week 2 last year and went on to convert 19 of 22 FG attempts and 43 of 47 XPs. Parkey should be a decent fantasy option in 2021 on an improving Cleveland offense.

In the same day the Dolphins claimed K Cody Parkey off waivers, they then released K Andrew Franks. Franks connected on just 78.4% of his FG attempts over the past 2 years, including only 16 of 21 last season. Parkey brings an 84.6% career success rate. He's not getting hitched to a terrific offense. Miami ranked 17th in scoring and 24th in yards last year.

The Dolphins have claimed K Cody Parkey off waivers after Cleveland waived him Saturday. That could mean they're looking to replace K Andrew Franks. The situation is suddenly at least murky enough that you shouldn't pick Franks in fantasy football drafts today.

The Browns placed K Patrick Murray on IR and signed K Cody Parkey. Given the question marks with Cleveland’s offense, it's best to avoid this situation in fantasy. Parkey, however, has hit 87.5% of his FG attempts in his young career.