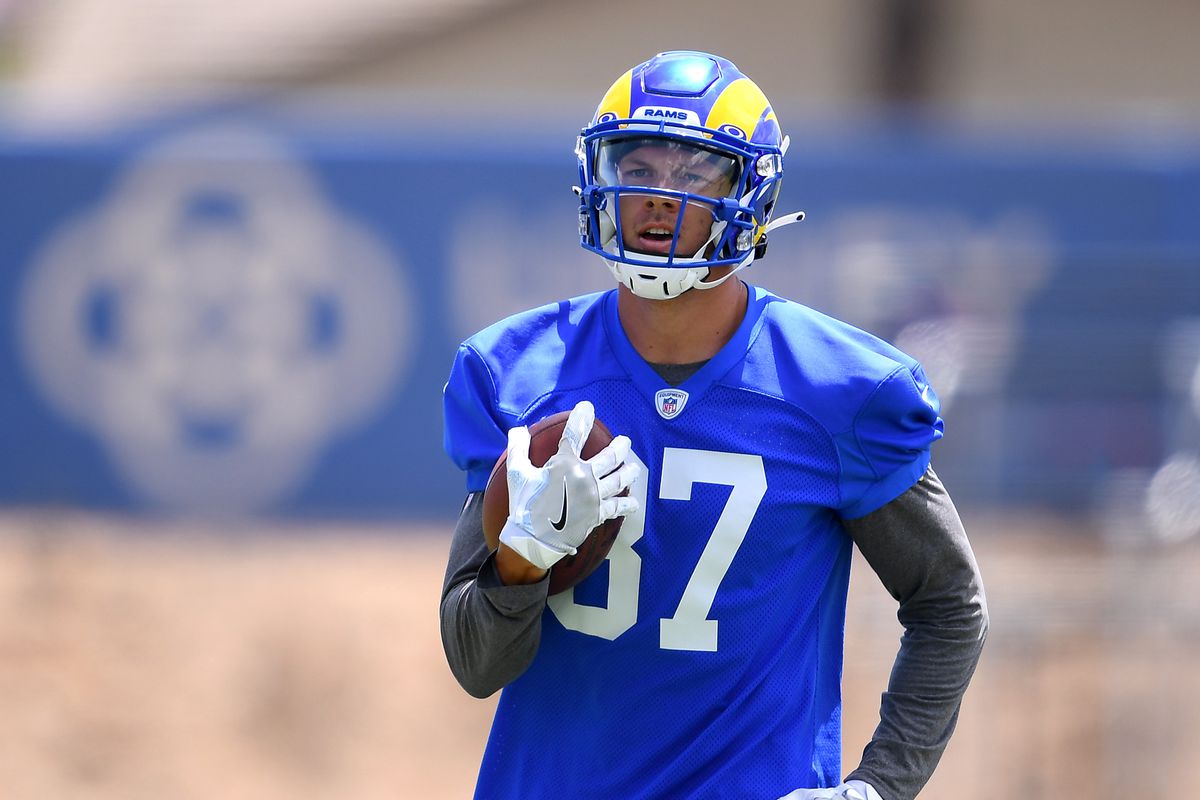 Rams TE Jacob Harris underwent core-muscle surgery recently, The Athletic's Jourdan Rodrigue reports. Harris is expected to be "fully back in a few weeks." It's a minor setback for the rookie, who had an impressive spring. Harris isn't a great bet for a 2021 fantasy impact but is a nice dynasty stash.

Rookie TE Jacob Harris has been a standout in Rams minicamp. He's already receiving 1st-team reps -- albeit with usual starter Tyler Higbee not practicing. “I think he’s just earned it,” HC Sean McVay said of Harris. “I think he’s a guy that has a tremendous amount of upside. [TEs coach] Wes Phillips has done a really nice job of getting him up to speed. His natural range, catch radius, body control for a player of his size is pretty rare. I think you guys can see — for NFL guys to stand out the way that he has done, in some of these limited settings, in shorts and in helmets, he’s definitely made a positive impression.” A former soccer player, Harris caught just 49 passes at Central Florida. But he averaged a huge 20.1 yards per catch and scored 9 times. The 6'5, 219-pounder clocked a 4.43-second 40 time at his Pro Day. He's more WR than TE -- but the Rams have him listed as a TE and seem to be using him there in practice. That makes Harris a more intriguing fantasy prospect considering how much shallower the TE position is than WR. We're intrigued to see how the rookie looks when the hitting starts in August.