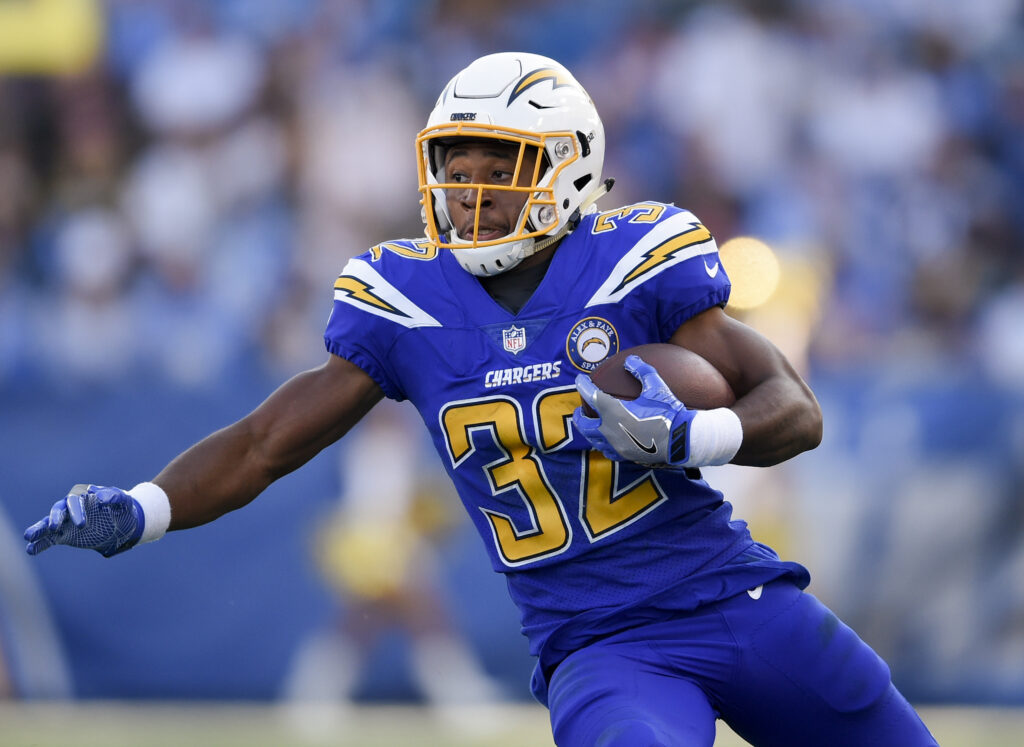 Lions RB Jamaal Williams delivered his league-leading 13th rushing TD of the season in Thursday's narrow loss to the Bills. He also handled 67% of Detroit RB carries, taking 18 for 66 yards (3.7 per rush). That marked his 4th straight game with 16+ attempts and 3rd consecutive game with a TD. Home matchups with the Jaguars and Vikings the next 2 weeks look decent for Williams' chances of continuing his useful output. RB D'Andre Swift got another measly 5 carries (for 19 yards) but ranked 2nd on the team with 8 targets (4 catches, 24 yards). The 13 opportunities are his largest total since Week 1. RB Justin Jackson added 4 carries for 4 yards and 1 catches for 15 among 2 targets.

Lions RB Jamaal Williams had a mediocre rushing day ... except for his 3 scores from inside the 5-yard line. Overall, Williams gained 64 yards on 17 attempts. D'Andre Swift remained limited, carrying just 5 times and seeing 3 targets. He did manage to score on the ground and caught all 3 of his targets but produced just 32 total yards. We'll keep watching for signals of his workload increasing. Justin Jackson also chimed in with a 9-66 rushing line and an 11-yard catch. Williams has been a TD-reliant fantasy play, but he's now up to 12 rushing scores for the season.

Lions RB D'Andre Swift continued to see limited work in Sunday's narrow victory over the Bears. He carried just 6 times for 6 yards but scored a 9-yard TD to boost his fantasy day. (That means, of course, that his other 5 rushes combined to lose 3 yards.) Swift added just 1 reception among 3 targets in a game that found only 3 Lions catching multiple passes. RB Jamaal Williams led the backfield once again with 16 carries for 59 yards and a TD. Justin Jackson claimed the backfield's other 3 targets, catching 2 for 14 yards. Swift declined to speak with the media last week and was reportedly angry with his low level of usage. We'll see if HC Dan Campbell reveals any change to his plan heading into next Sunday's visit to the Giants.

Lions RB Craig Reynolds (ribs) has been placed on IR. Justin Jackson will step in as Detroit's #3 RB but is only worth stashing in deep fantasy leagues.

Reynolds out with rib injury

Lions RB Craig Reynolds has been ruled out of Sunday's game vs. the Packers with a rib injury. That leaves Justin Jackson as Detroit's #3 RB behind D'Andre Swift and Jamaal Williams.

Justin Jackson, RB DET There is no dynasty data for this player.