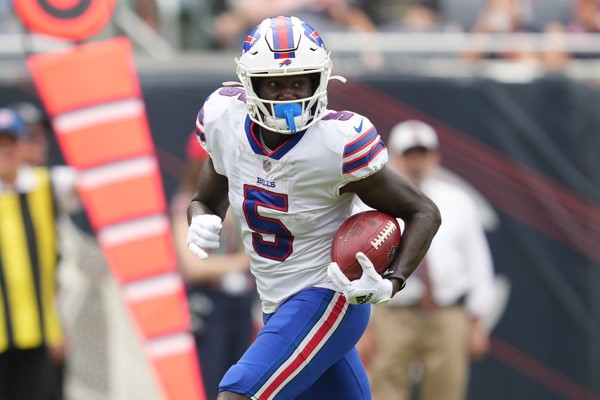 The Bills added Houston WR Marquez Stevenson in the 6th round of the 2021 NFL Draft. Stevenson tore his ACL in 2017 but then broke out as a redshirt sophomore the following year, leading the Cougars with 75 catches and 1,019 yards. He took a step back in 2019, though, finishing with a 52-907-9 line. And then he caught just 20 balls in 6 games last year, missing 2 with a left ankle injury. Stevenson is undersized at 5’10, 180 pounds but did run a 4.48-second 40 with solid agility scores at his Pro Day. He has a shot to make it as a slot receiver but is unlikely to become a real asset for fantasy squads. He’ll battle for a roster spot in Buffalo behind Stefon Diggs, Cole Beasley, Emmanuel Sanders and Gabriel Davis.