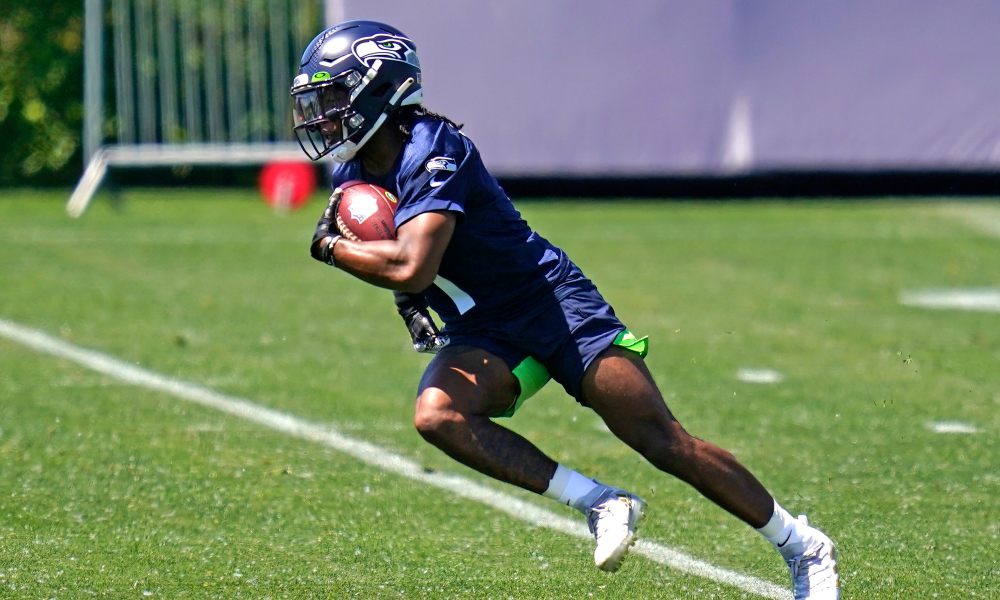 Eskridge out with toe injury

Seahawks WR D'Wayne Eskridge is missing minicamp with a toe injury, HC Pete Carroll said Tuesday. We don't have any other details on the injury or when Eskridge will be back. It's obviously not ideal for a rookie to be missing practice reps. It's also worth noting that Eskridge missed time with 3 separate injuries over his 5 seasons at Western Michigan. We'll see when he's able to get back on the field.

Seahawks HC Pete Carroll pointed to WR D'Wayne Eskridge's versatility as 1 of the reasons the team liked him. "He definitely is a guy, as you can tell in the highlights that you have seen, that we can hand him the football, we can flip it to him, we can do things with him behind the line of scrimmage," Carroll said. "He's run very effectively on reverses and stuff like that, and the returns show that as well. We were looking for a receiver that would have all of that kind of versatility and he was really an exciting one to draft." Eskridge has a clear path to #3 WR duties this season, but Seattle's 3rd WR has tallied just 53, 34 and 47 targets the past 3 seasons. So Eskridge will need to add a bunch of value on the ground if he's going to be a fantasy factor this year.

Huh? Seahawks take Eskridge in Round 2

The Seahawks took Western Michigan WR D’Wayne Eskridge in the 2nd round of the 2021 NFL Draft. One of the fastest receivers in this class, Eskridge clocked a 4.40-second 40 time at his Pro Day and routinely ran by defenders last year on his way to a 33-768-8 line in just 6 games. That came as a 23-year-old, 5th-year senior against weak MAC defenses, though. Eskridge played RB in high school and bounced between WR and CB over his first 4 seasons at Western Michigan. So while his speed and athleticism is intriguing, he’s a project. “He’s like a classic track guy playing receiver as far as the routes and the straight-line (speed) and doesn’t quite know what he’s doing,” a scout told The Athletic’s Bob McGinn. “He is sudden and fast in open space, but I just don’t think he really knows how to play football that well. He’s like a backup gadget-type player.” The pick is a head-scratcher considering Seattle wants to be a run-first offense and already has WRs D.K. Metcalf and Tyler Lockett, who are signed through 2022 and 2025, respectively. Don’t bank on Eskridge being a fantasy factor this season. And we’re not excited about his long-term outlook.