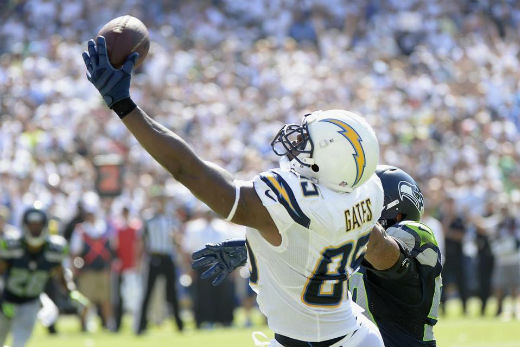 What the heck was I thinking?

That tends to come to me once a summer when I look back on a player I picked in the 1st week of May as part of some magazine mock draft. But it can also occur when I compare a couple of teams drafted months apart in the same format.

Back in late May, I did a draft-only FFPC satellite league, where the top prize will be an entry into next season’s main event. Then at the end of July, I got another shot at the same format as part of the annual Pros vs. Joes event.

Although the format differs from MFL10s on MyFantasyLeague.com, you’ll find that I drew from our Jason Phelps-powered strategy in building both teams. There's also plenty worth looking at even if you're not drafting in the FFPC format.

Would hindsight lead me to regret any picks, though? Let’s see ...

In addition to the well-known TE-friendly scoring in the FFPC, the fact that you only need to start 2 WRs adds some value to the top RBs. Johnson actually comes up 2nd overall on the MVP Board for the FFPC format.

When I picked him, Bengals WR A.J. Green was also on the board. If I had that choice to make again today, I’d probably go Green. I believe he’s close to that lead trio at WR -- especially if we’re talkin’ ceiling.

At any point this year, though, a top-3 pick for me means whomever’s on the board among Antonio Brown, Beckham and Julio Jones. Beckham’s higher TD ceiling pushes him ahead of Jones on my board, but they’re virtually tied. So I’ll opt for Jones at times.

Hail mary time! If Hill starts a game or 2 as my 5th TE in this TE-loving format, he has repaid my investment. Latimer, I haven’t heard anything -- positive or negative -- about him this summer. We’ll see if he’s ready to do anything.