Draft Sharks was born back in the infancy of the internet — 22 years ago. A lot of things have changed in the last two-plus decades. But the personal motivation for creating Draft Sharks remains: To work at a job I loved, with people who were like family… and, of course, to make a living by helping folks win their FF leagues. I’ve been blessed to be able to check all those boxes.

Here are a few facts about the Draft Sharks “family”: 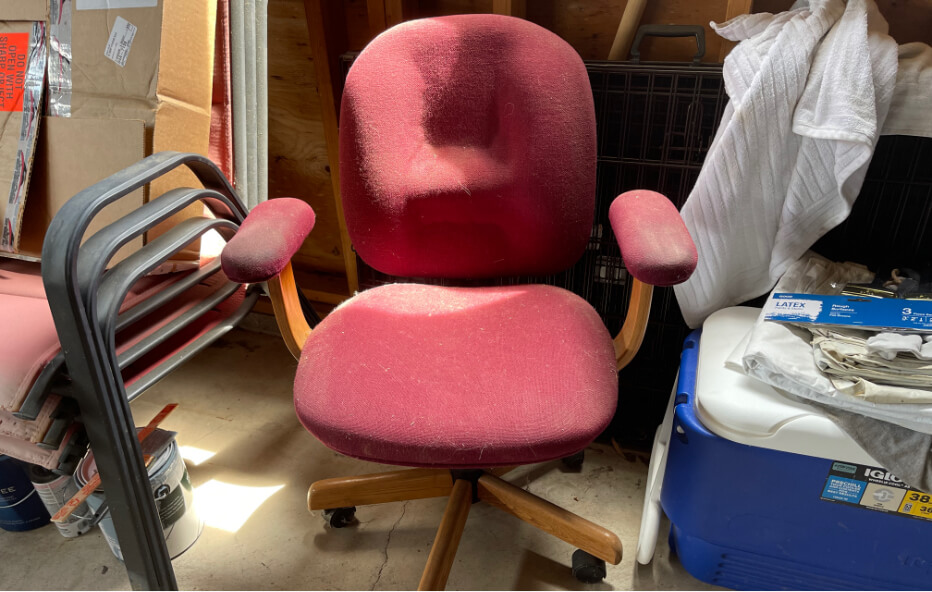 The original desk chair from which I launched Draft Sharks in 1999. It still holds an honored place in my garage. 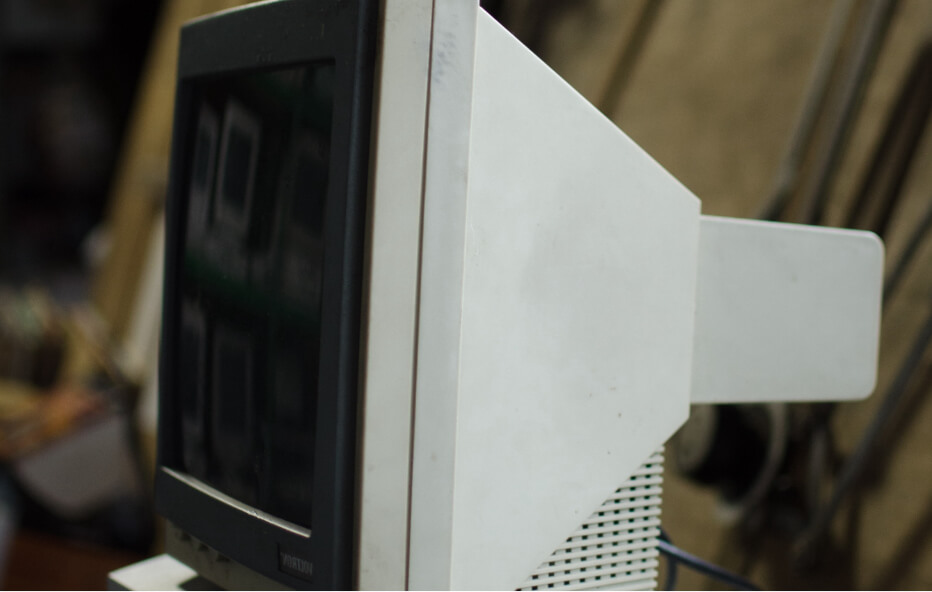 What computers looked like in 1999 (dial up modem not shown)

…And So Was The MVP Draft Board

DS came up with an online draft tool that didn’t exist in 1999: Customizable cheat sheets based on value based drafting. We coined this unique tool the “MVP Draft Board” since it gave users the most valuable player they could pick in every round. (And, yes, the MVP Board is still our most popular drafting tool.) Of course, it has evolved dramatically over the past two decades. Today it’s part of our 2021 Draft War Room. 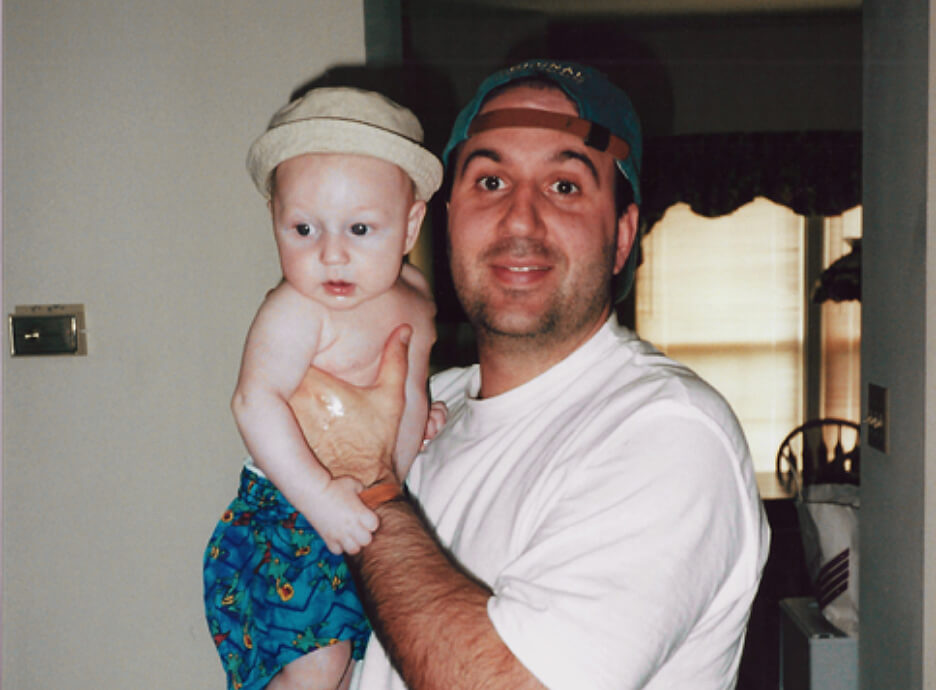 The very first award we won came in our rookie season in 1999. Draft Sharks topped 20-plus experts in the 1999 Fantasy Football Pro Forecast Expert Poll. In the 22-year span from that first win, we’ve taken home numerous player rankings/projections accuracy awards — and even boast some big money winners on staff. Here’s a sample:

We Only Cover Fantasy Football 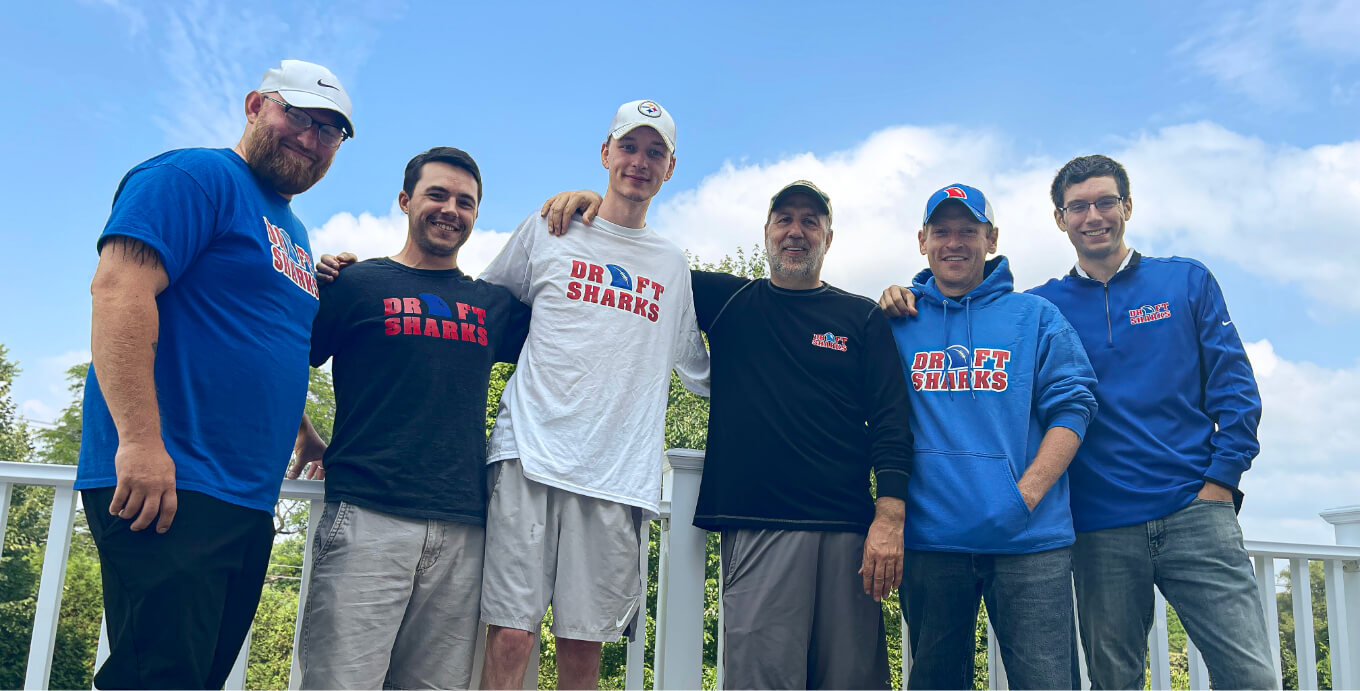 They drink beer, win FF awards, and work in their underwear (not shown here) as stay at home dads. And best of all, they’ve helped thousands of people win their fantasy leagues.

Don’t you wish you could just send your FF questions to these award-winning analysts and get a personal reply? Well, yeah, you can. Draft Sharks Insiders can email your questions to our guys. Or if you want to get to know us better — please ask your questions on our free Discord server. And, of course, you can hit me at Lenny@draftsharks.com. 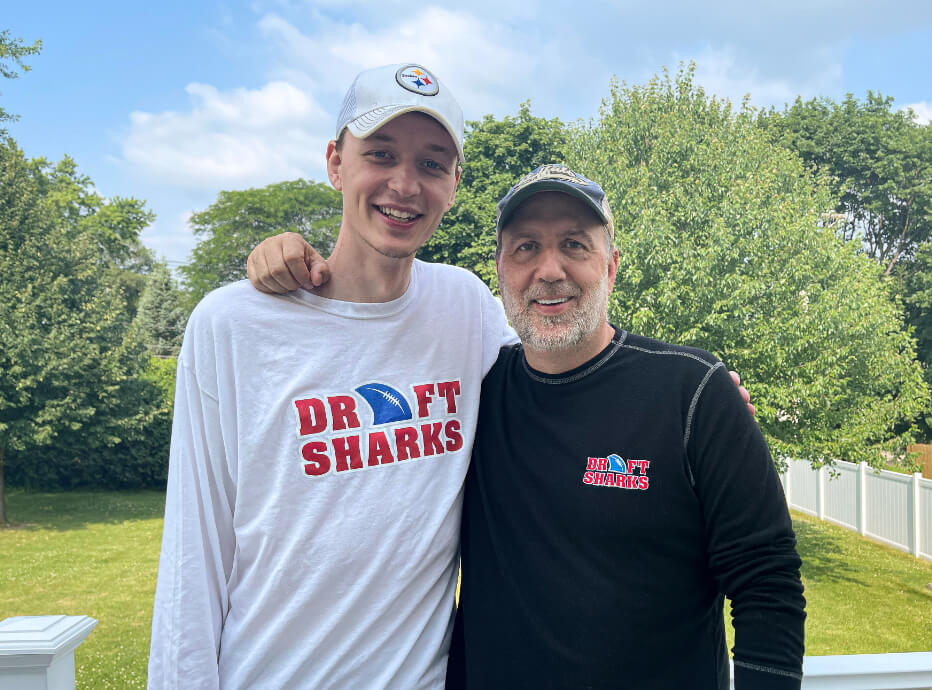 Anthony is now the Draft Sharks resident Data Scientist, thanks to all the DS Insider members who helped with his college tuition over the past two decades.