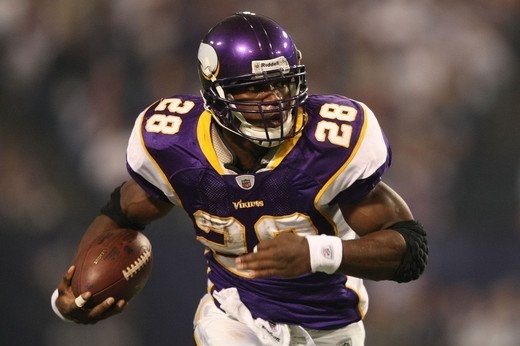 Find a bigger fantasy football league than the Scott Fish Bowl. You won’t.

The SFB is a 360-team super league. You can view the full rules, but here are the basics.

The league is divided into 6 conferences of 6 separate 12-team leagues. Each conference sends 30 teams to a 4-week playoff to determine the Scott Fish Bowl Champion.

Starting lineups consist of 1 QB, 2 RBs, 3 WRs, 1 TE and 4 Flex. Here’s the kicker: 1 of those flex spots can be a QB. That drastically changes draft strategy.

So does the .25 points per carry. Besides that, it’s basic PPR scoring.

My official SFB Draft Strategy: Balls to the Wall. In order to beat out 359 other teams, you need to build a powerhouse. So I’ll take lots of shots on high volatility players. If they pan out, I could win the whole thing. If not, you might find me in dead last. I’m cool with that.

Here’s how my draft played out from the 7-hole. You can view the full draft results here.

Even with the ability to start 2 QBs – Andrew Luck and Aaron Rodgers went among the first 3 picks – I was surprised to see Peterson available here. Antonio Brown, Le’Veon Bell, Jamaal Charles and Eddie Lacy were also picked ahead of AP.

Is there risk with a 30-year-old RB who hasn’t played football in a year? Sure. But this is Adrian freakin’ Peterson. Would you be surprised if he led all RBs in fantasy points this season? I wouldn’t.

Durability has become a concern – he’s missed 5 games over the last 2 seasons – but Johnson remains an elite WR when on the field. He averaged 15.2 yards per catch and scored 8 times in 13 games last year. Only 8 WRs scored more PPR points per game.

I thought long and hard about Frank Gore here, but Evans felt like a better fit for the Balls to the Wall strategy. As a 21-year-old rookie, Evans ripped off a 68-1,051-12 line and a 13 th-place PPR finish. There’s ton of room for growth here – and Evans should get better QB play this season.

My compadre was able to snag Ellington a couple of rounds later, and his ADP across SFB drafts was about 7 spots after this. But RBs were flying off the board in this draft – Ellington was the 20 th. Through that lens, I think he’s a fine value with the upside to crack the top 10 in this PPR format.

Another risk/reward pick. Stewart’s missed 20 games over the past 3 seasons and isn’t a great bet to play all 16 in 2015. But he ranked 11 th among RBs in PPR points over the final 5 weeks last season and has that type of weekly upside this year.

I was originally eyeing my 1st QB here, but 5 went between my 4 th and 5th-rounders.

Here’s the pick that might define this draft. I passed on safer options like Gio Bernard, Julian Edelman and Jarvis Landry for a guy who might not even be ready for Week 1. But none of those guys have a ceiling as high as Gurley’s. If healthy, he’s capable of producing RB1 numbers as a rookie.

My QB1 is set to miss the first 3rd of the SFB regular season. That hurts. But Brady is also a strong bet for top-10 production – with top-5 upside – over the final two 3rds. I’ll take that from a guy who was the 17 th QB off the board.

The downside of this pick is that Bradford isn’t a lock to be ready for Week 1 after last year’s torn ACL. That’d sting, especially with Brady out early on.

The upside? Top-10 numbers on a talented, fast-paced Eagles offense.

This is why I felt comfortable taking just 2 WRs among the first 8 picks. Boldin is regularly available this late, despite back-to-back top-20 PPR finishes. He’s capable of making it 3 in a row. Torrey Smith’s unlikely to see much more than the 108 targets that Michael Crabtree did last year. And the ‘Niners figure to throw it more this season than last, when they ranked 29 th in pass attempts.

Boldin gives me some safety at WR; Perriman provides the upside. This freak goes 6’2, 215 pounds with sub-4.3 speed. He averaged 20.9 yards per catch with 9 TDs in his final college season.

Perriman is a bit raw but has a good shot to win a Week 1 starting job in a shallow Ravens WR corps. That’d put him in a good spot for fantasy production in a Marc Trestman offense that’s ranked among the top 8 in passing offense in 5 of 10 seasons.

Another guy with injury risk … and a high ceiling. Charles Clay ranked 6th among TEs in targets per game and 13 th in PPR points per game last year. Cameron’s bigger and more athletic. With similar volume, he’s capable of busting into the top 5 this season.

It’s been a good offseason for Bortles. The Jaguars added another weapon in TE Julius Thomas and bolstered the offensive line. And Bortles worked on his mechanics and dropped some weight. I got him here as the 28 th QB off the board, which is 7 spots lower than he ranked last year. He should be more productive in his 2 nd season.

This guy will be on a bunch of my teams this year. Helu is a plus athlete who’s averaged 4.4 yards per carry and 8.9 yards per catch through 4 NFL seasons. Problem is, he’s never seen a big enough workload to be a reliable fantasy option.

That could change this year. Only Latavius Murray – he of 82 career carries – stands between Helu and a starting job in Oakland. And if Murray pans out, Helu could still rack up 30+ catches as the Raiders’ passing-down back.

Jones was a popular breakout pick just 12 months ago after a 10-TD 2013 campaign. While he was sidelined all last year with injuries, Mohamed Sanu was busy being 1 of the most inefficient WRs in the league. Look for Jones to win the #2 WR job this summer and at least emerge as a potential matchup starter in fantasy.

Green has long been an intriguing fantasy prospect because of his top-end size and athleticism. He’s flashed in spurts – averaging 16.4 yards per catch for his career – but has been stuck behind the ageless Antonio Gates.

Green will finally get a shot at lead duties for the first 4 games of 2015. I like his odds of TE1 production over that stretch. We’ll see what kind of role he plays beyond that. But he fits especially well on this team since Tom Brady and potentially Sam Bradford and Todd Gurley won’t be contributing early.

Let’s be honest: No one knows what Dallas’ 2015 backfield will look like. I’ll take a piece of it in Round 16 while others are spending 6 th- (Joseph Randle) and 10th- (Darren McFadden) rounders on it.

Digging into Hunter for the 3rd-year WR article sparked my interest in him. There might still be some untapped upside here for a 6’4, 205-pounder with 4.4 speed who just turned 24 in May. If nothing else, Hunter should be good for a few big plays. He has TDs of TDs of 40, 41, 54 and 75 yards in his first 2 seasons.

This dude goes 6’2, 213 pounds with 4.3 speed and a 45-inch vertical. I like his chances of scoring at least a few times and making a handful of big plays this season.

He’s 3rd on the depth chart, but the 2 guys ahead of him have missed a total of 16 games over the past 2 seasons. An injury to either Mark Ingram or C.J. Spiller this year would vault Robinson into a sizeable role.

I’m not convinced that a 32-year-old Owen Daniels is a lock to lead Broncos TEs in fantasy points this season – no matter how many double dates he’s been on with Gary Kubiak. Green is an elite athlete who’s been efficient on very limited targets through 4 seasons. He’s sitting on a 79.3% career catch rate.

We’ll see if I have the cojones to start Garoppolo on opening night against the Steelers. I doubt he’ll be in my lineup for Week 2 in Buffalo. But Week 3 at home for the Jaguars looks like a potential starting spot for Jimmy G. And Week 5 – after the bye week – at Dallas is tasty.

Bradshaw averaged 4.7 yards per carry, 7.9 yards per catch and ranked 11 th among 57 RBs in Pro Football Focus’ overall grades last year. He’s suspended for the 1st game of the season but deserves to be on the field for the other 15. We’ll see if any team agrees.