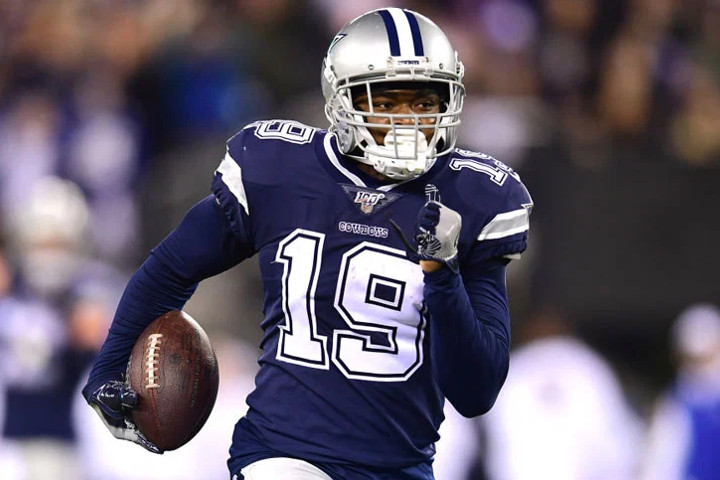 Dalton offers tremendous savings this week at just $5,300 coming off the Week 10 bye. Dalton hasn’t shown any upside through his couple starts but may be able to get things going against a Vikings defense that struggles to generate a pass rush and has an extremely young secondary.

With an excellent trio of WRs in Amari Cooper, Michael Gallup and CeeDee Lamb, they may be able to vault Dalton to QB1 status this week, which gives him a lot of upside priced as the QB22.

I’ll be rostering Dalton in at least 15-20% of my GPP lineups and pairing him up with 1 or 2 Dallas pass-catchers.

Henry will probably come in low owned this week in a perceived tough matchup against the Ravens’ 3rd ranked rush defense. And people are less willing to use Henry on a PPR site like DraftKings.

The Ravens defense isn’t the same, however, missing stud DE Calais Campbell and NT Brandon Williams, who are both incredible against the run. Henry offers some value this week priced as the RB4.

The Patriots were able to successfully run all over the Ravens minus Williams and Campbell as the RBs and Cam Newton combined for 39 carries, 173 yards and 1 TD last week.

I’ll be rostering Henry in at least 30% of my GPP lineups as his monster upside trumps the difficult matchup.

Ballage operated as the Chargers’ workhorse back last week against the Dolphins, parlaying 23 touches into 102 yards and playing 73% of the snaps.

With the Chargers favored by over a TD against the defeated Jets, Ballage should be locked in for 20+ touches and should have a great chance at multiple TDs with a monster team total of 28 points.

Thielen has a solid matchup against the 18th ranked Dallas pass defense that has given up the 2nd most fantasy points to opposing WRs.

Priced as the WR9, Thielen has big upside in an excellent matchup in perfect conditions in the dome. With 9 TDs on the season, he has been Kirk Cousins’ favorite red zone option. The Vikings have a solid implied team total as 7-point favorites against the Cowboys.

Cooper is way too cheap on DraftKings as his price has dropped $2,000 from Week 5. With inadequate QB play the past couple of weeks, Cooper managed just 6 catches for 72 yards in his past 2 games.

With Andy Dalton back in the lineup, Cooper should be peppered with targets going up against the Vikings, who have given up the 4th most fantasy points to opposing WRs.

Cooper was a target machine with 51 targets in his first 4 games — and I’d expect the Cowboys to get back to their bread and butter coming off the Week 10 bye.

Goedert is an excellent GPP play this week as he was the chalk last week at $4,200 and disappointed with a measly 4-33 line against the Giants.

I’ve been making it a point to go back players that were letdowns in the previous week, and Goedert fits the bill there as he was among the highest owned TEs last week.

The matchup is a good one as the Browns have given up 5th most fantasy points to opposing TEs.

Even if Zach Ertz ($3,700) is back in the lineup, I think we can go back to Goedert as it shouldn’t change his routes run and we may get him at lower ownership.

Washington has been solid all season and plays against a Bengals team that is extremely pass heavy and has given up the 7th most fantasy points to opposing DSTs.

Washington has 28 sacks and 8 INTs on the season and should be able to tee off on Joe Burrow, who has been under constant duress behind a poor offensive line.

Priced under $3K, I’ll be rostering Washington in at least 15-20% of my lineups.