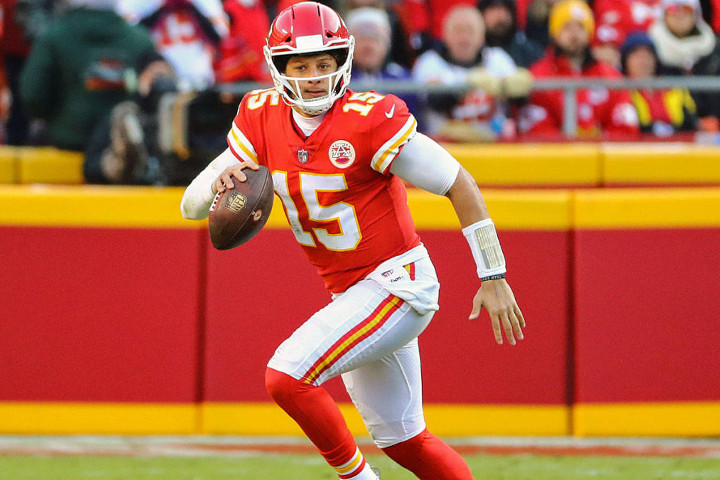 Herbert has been a top 12 QB in 7 straight starts as the Chargers have averaged 31 points per game over that span. Allen is an easy stacking option with Herbert with a solid matchup in the slot and coming off of a 19-target game against the Jets.

Allen had over 10 catches for 100 yards at the half last week. With one of the highest over/unders on the week, I will have many different game stacks featuring both the Chargers and Bills offenses.

Cole Beasley may fly under the radar this week with John Brown out with an ankle injury.

Beasley has quietly had some nice games with Brown out or limited, with 3 games over 100+ yards, including Week 10 against the Cardinals when he had 11 catches for 109 yards and 1 TD.

I love both QBs in this game because they are both aggressive and have no problem taking chances throwing the ball down the field.

Both QBs also have rushing upside and are in good matchups with both defenses ranking 25th or worse in fantasy points allowed to the QB position.

Diggs easily leads the Bills in targets with 101 through 10 games. Beasley is 2nd on the team with 67. Gabriel Davis (30 targets) figures to replace Brown on the outside.

I won’t be overthinking which Chargers WR to use in game stacks as Keenan Allen has over 100+ targets. He had 19 targets last week and has scored a TD in 5 of his past 6.

Mahomes is certainly in play this week against a Bucs defense that has been solid for most of the year but was just ripped apart by Jared Goff and the Rams on Monday Night Football last week.

Mahomes is priced slightly above Josh Allen and Justin Herbert on both sites and is now a big favorite to win NFL MVP with just 1 loss on the season.

Mahomes has averaged over 378 yards passing in his past 3 outings. And with the Bucs elite against the run, I would expect an extremely pass-heavy game approach from Andy Reid and the Chiefs.

Travis Kelce is my preferred stacking option with Mahomes since he has a solid matchup and a chance to double up any other TE on the main slate.

The Bucs have given up the 16th most fantasy points to opposing TEs compared to the 4th lowest to opposing WRs.

With Mahomes throwing for 300+ yards like it’s nothing, Kelce has been right there with him eclipsing 100+ yards in his last 3 and having no fewer than 8 catches and 10 targets.

Antonio Brown is in play on the other side of the ball with an excellent price tag on both sites (especially FanDuel) as he has caught 15 balls in his last 2 games.

The connection of Brady to Brown should continue to improve as they have been just slightly off on a couple of deep balls in the Bucs' past few games. The blow up game for Brown is coming and it may come this week against the Chiefs in a high-scoring game.

I like correlating Chubb with the Browns defense this week as the Browns offense should have no problem moving the ball up and down the field against an inferior Jaguars team starting Mike Glennon for the first time this season.

Chubb has gone over 100+ rushing yards in each of his past 2 games off of a knee injury and should have even more opportunity for carries this week assuming the Jaguars struggle on offense with an un-athletic pocket passer in Glennon.

Chubb has a dream matchup against the Jaguars, who have given up the 5th most fantasy points to opposing RBs. The Browns figure to go run-heavy as they have been one of the top rushing teams in the NFL.

The Browns defense definitely makes a lot of sense in Chubb lineups as they have only allowed 40 combined points in their last 3 games against the Eagles, Texans and Raiders. The Browns were the top scoring defense last week against the Eagles with 5 sacks, 2 INTs, 1 fumble and a TD.

They have another shot at being one of the top defenses again this week if they can stop James Robinson and force Glennon to drop back and throw the ball 35+ times with a questionable group of WRs.