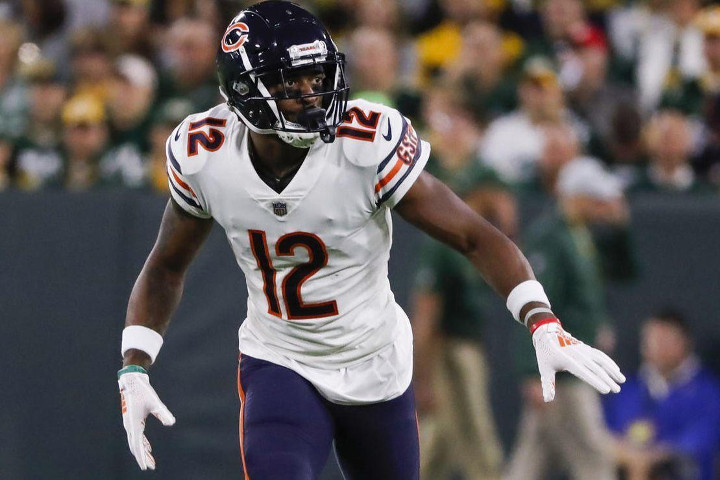 Herbert had his worst game of the season against the Bills in Week 12 and now gets a matchup against the Patriots, who have allowed huge games to several QBs, including Joe Flacco, Deshaun Watson and Russell Wilson.

Herbert still threw for over 300+ yards last week but only accounted for 1 TD. RB Joshua Kelley got a goal-line TD and the Chargers failed to capitalize on a few long drives with no points.

Week 12 was only Herbert’s 2nd game under 20 FanDuel points as he has shown a strong floor/ceiling combo all season long. I’ll be going right back to him in Week 13 against the Patriots.

Henry was the 2nd highest scoring player on the slate in Week 12 only behind Tyreek Hill, who went off for 269 yards and 3 TDs.

Henry had over 100+ yards and 3 TDs at the half against the Colts -- and that was with the Titans as underdogs. Now Henry and the Titans are 6-point home favorites against an inferior Browns team that he should be able to run all over.

Ekeler is significantly underpriced on FanDuel, priced as the RB12 compared to the RB7 on DraftKings. He saw outstanding usage in his first game back from a major hamstring injury, setting a career high with 25 touches, including 11 receptions on 16 targets while playing 72% of the Chargers’ snaps.

The Patriots have a middling rush defense, giving up the 15th most fantasy points to the position, but have been particularly vulnerable against the pass, ranking 25th in Football Outsiders’ RB coverage DVOA.

Ekeler managed over 18 FD points last week without a TD. With similar usage, I would expect Ekeler to find the end zone this week and pile up over 20 FD points in a positive matchup.

With Mitchell Trubisky starting for the Bears last week, it gave the offense just a little bit more juice. Robinson had his best game of the season against the Packers with 8-74-2 on 13 targets.

Trubisky is starting again in Week 13 and the Bears draw an excellent matchup against the Lions, who have given up the 8th most fantasy points to WRs.

I’d expect Trubisky to lock in on A-Rob once again and pepper him with 10+ targets against a vulnerable Lions secondary.

Priced below $7K, Robinson is one of the best values on the slate as we know he’ll consistently get open against a weak CB group. Unfortunately, we must rely on Trubisky to throw somewhat accurate passes in Robinson’s direction, but I’ll still be rostering A-Rob in at least 25% of my GPP lineups on FanDuel.

Cooks should be in line for a huge workload against the Colts with Will Fuller suspended 6 games for violating the league’s substance abuse policy.

With Fuller out of the lineup, Kenny Stills released and Randall Cobb injured, the Texans will assuredly dial up more play calls for Cooks, who has been effective on both short and long passes this season.

Priced at $6,500 with a realistic chance of 10+ targets, Cooks is an exceptional value this week, especially with Deshaun Watson producing at such a high level over the past couple of months.

I won’t be overthinking this play and will be rostering Cooks in at least 25% of my GPP lineups.

Akins will come in very low owned in Week 13 after failing to make a catch on Thanksgiving against the Lions.

Akins only had 0.4 FD points as he had 1 carry for 4 yards. He did, however, have 2 targets, both in the end zone. He dropped both of them. Ouch.

With the Texans WR group decimated, it’s a fair assumption that Akins will be more involved in the offense. He has a great price tag at just $5,200.

The TE position is absolutely disgusting in Week 13, so we can hope that Akins gets in the end zone and pays off his tag against the Colts.

The Dolphins defense checks a lot of boxes this week as they are favored by over 10 points going up against a terrible QB in Brandon Allen with a major defensive line vs. offensive line mismatch.

Miami’s D has been phenomenal at times this season, only allowing 3 points to the Jets last week with 3 sacks and 2 INTs. They also had a ceiling performance 5 weeks ago against the Rams, when they had 2 sacks and forced 4 turnovers with 2 defensive scores.

The Miami DST already has 5 performances with double-digit fantasy points -- and I think they have a great shot for a 6th in Week 13 in an excellent matchup against the Bengals.